A Wander Around Balmain


Balmain is a place close to my heart as I've lived here or nearby for longer than I care to remember. Towards the end of summer, I decided to record some of the many aspects of this neighbourhood.

To visit Balmain by car from the city you first have to drive over the elegant Anzac Bridge. This is like travelling across a sculpture by Jean Arp. 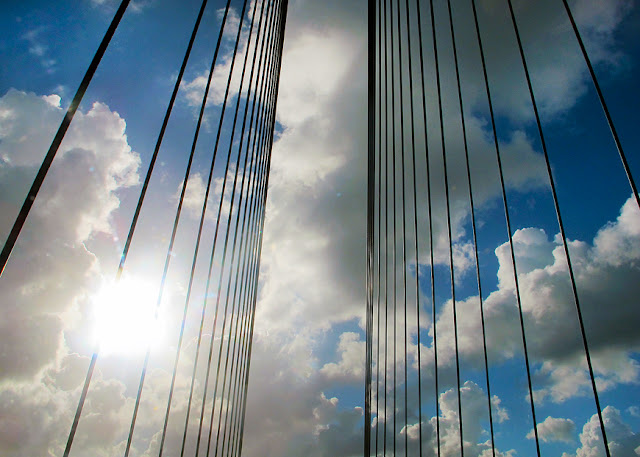 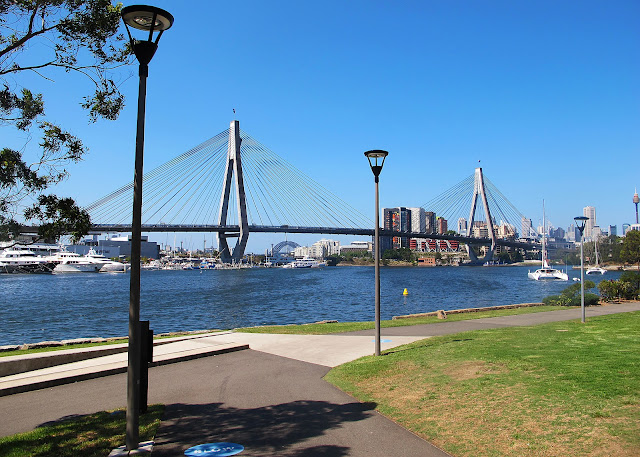 The marker for Balmain's first entry point is the Power House relic that stands like an eerie beacon on the corner of Victoria Road and Robert Street. 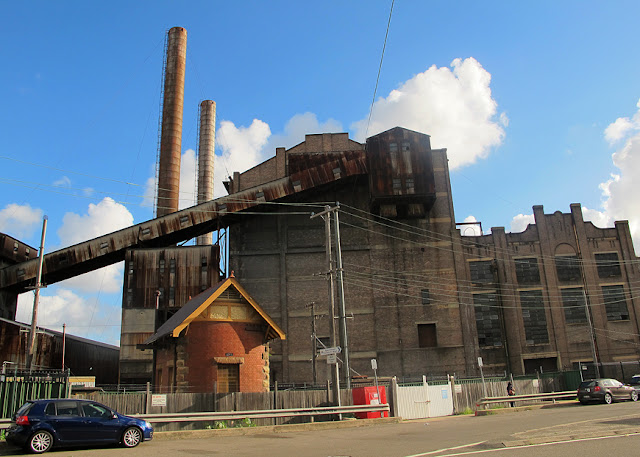 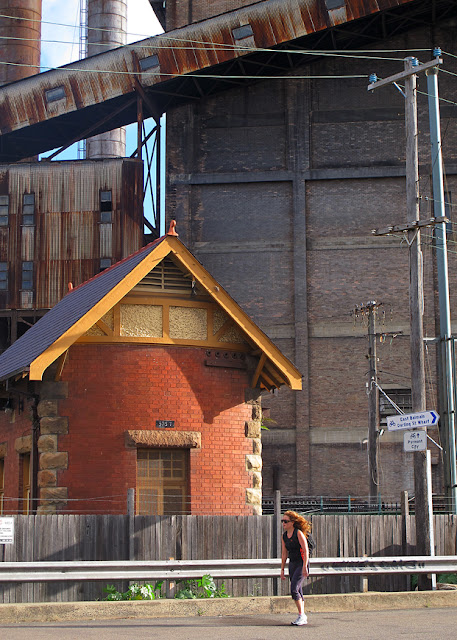 Remnants of the suburb's industrial past remain. 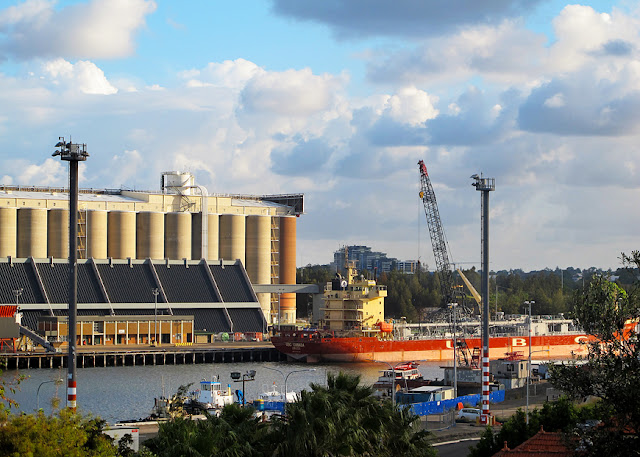 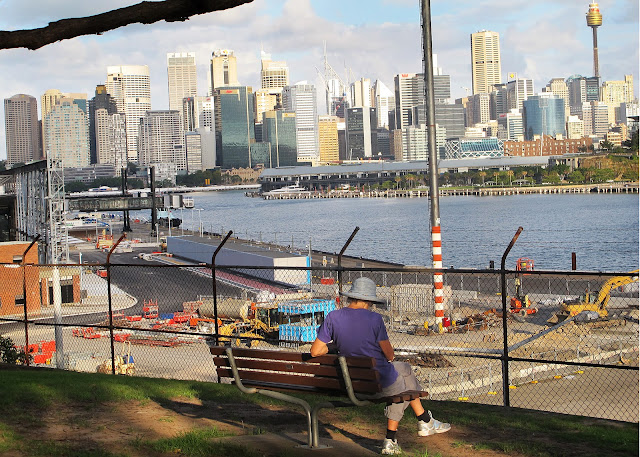 Balmain began its gentrification in the 1970's when former hippies and new agers otherwise known as 'basket weavers' moved in. Successive waves of artists, writers, families, and increasingly young professionals have edged out the migrants and workers.

The land on which it sits forms a peninsula that juts into the harbour west of the city, so Balmain is always a destination, never a place to visit on the way to somewhere else. This is probably why it has a village atmosphere for which it's renowned. 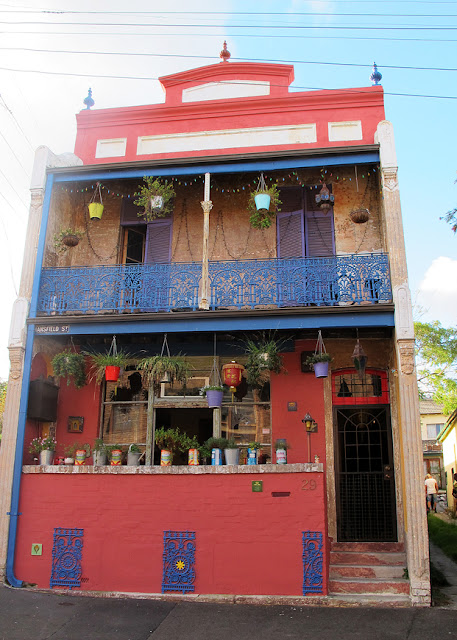 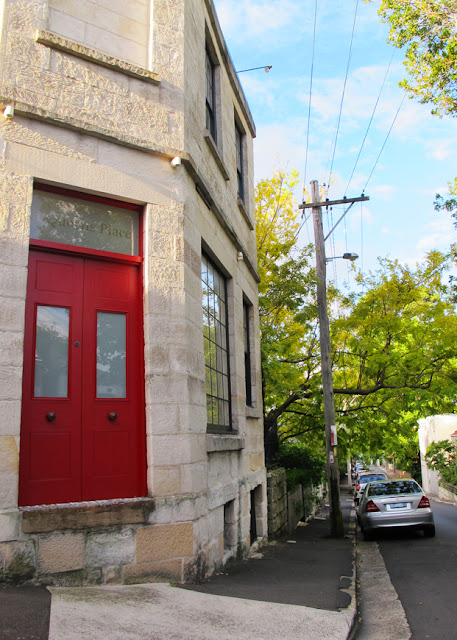 It's a jumble of up and down higgledy piggledy streets. Many end in harbour water with backdrops of the city. The buildings of North Sydney can be seen at the end of this street below. 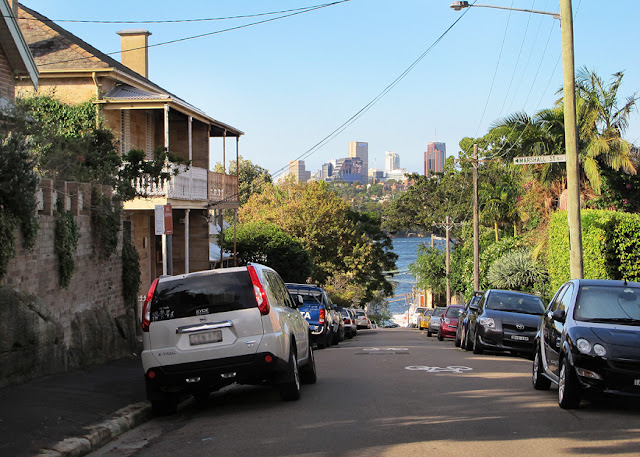 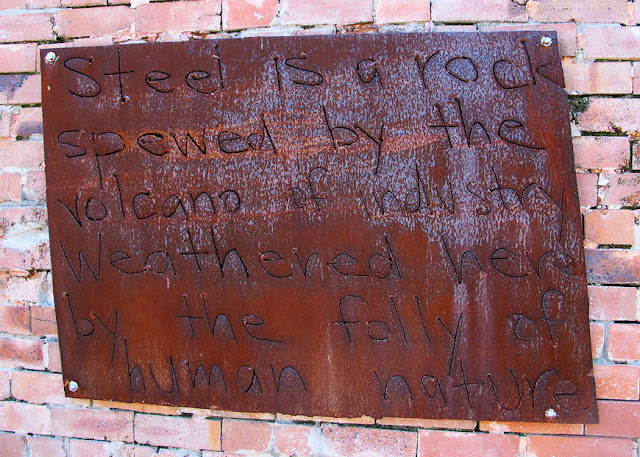 On a wall in one of these backstreets a sign marks the entrance to the workshop of sculptor Michael Snape. Recently, Michael invited me in to have a look. 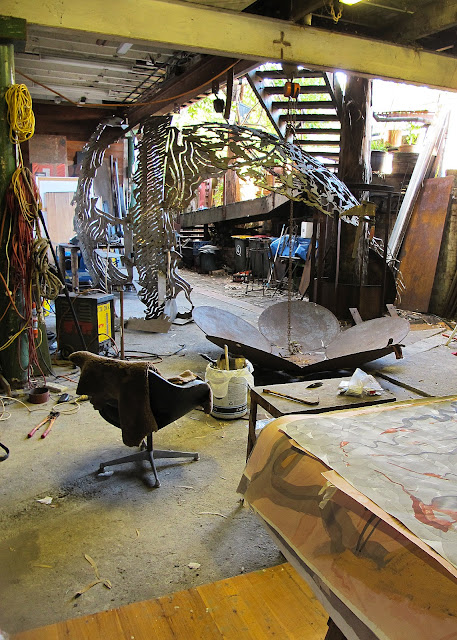 This light, open space used to be part of an old bakery. It's now filled with steel or wood in the process of being carved or sculpted. 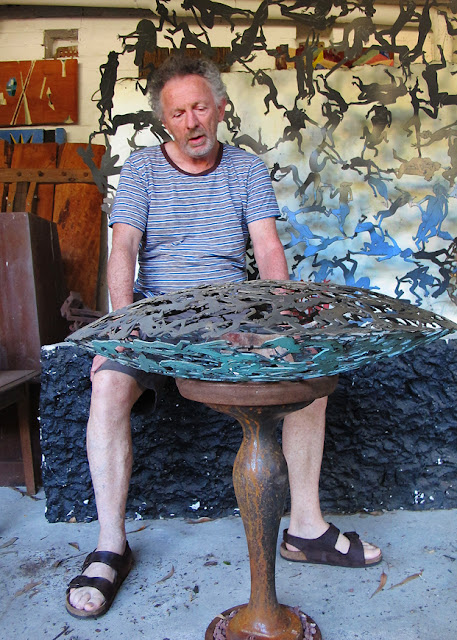 Michael shows me his recent work. These are a series of large patinated brass bowls or platters made from interconnecting figures that languish, copulate or stretch out to form a wild, rhythmic whole. The piece he sits behind is actually a birdbath. 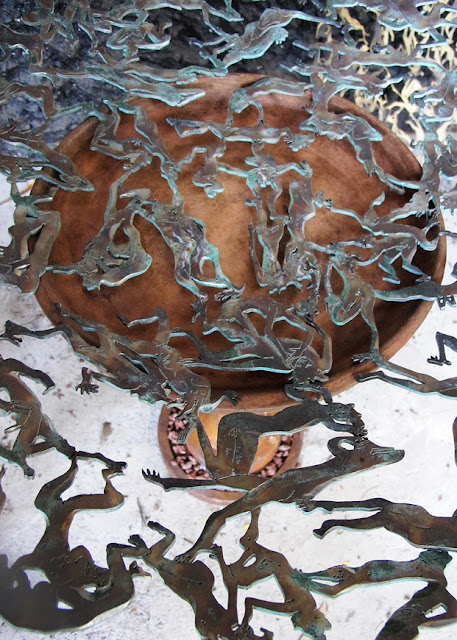 He works on many private commissions and has just finalised this concept which will become a steel frieze set in front of a home in Sydney's Inner West. A glass panel will go in behind the frieze and behind that will be a garden. He'll now recreate this drawing on the architectural software program CAD before transferring it to the final medium of steel. 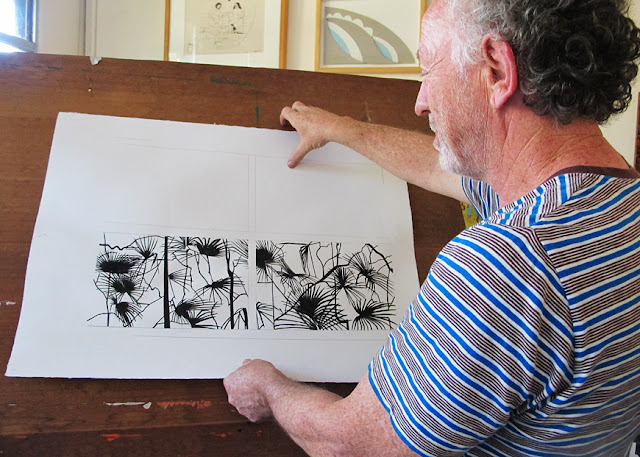 Michael has been working prolifically behind these walls since the 1970's and says he's a Sydney tragic like me. He reckons he's been lucky to be able to do what he loves. But to sustain an art practice like this requires the patience of Job, great diligence and discipline. I tell this lovely man I think he's made his own luck. It's clear that along the way he's built a rich life in the process.

On my way out Michael shows me a cat left over from a commission he completed for the Cat Protection Society. It raised a small fortune for this non government organisation. The work was made up of hundreds of these cats embedded on a wall. People could buy a piece like the one below and the space it left on the wall would reveal a part of a painting behind it. 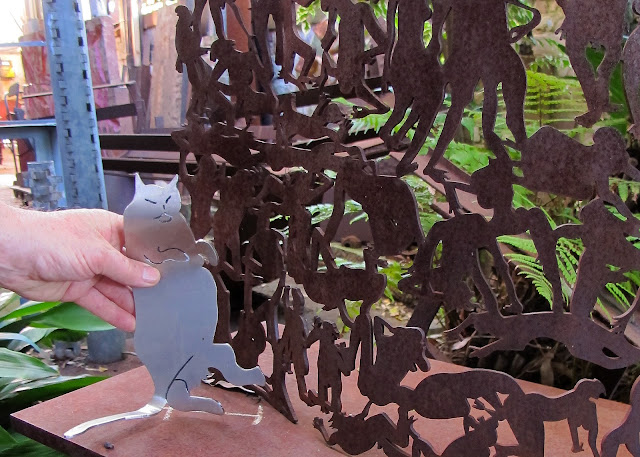 I continue with my wanderings. Darling Street cuts a swathe through the middle of the peninsula and winds down to the harbour. 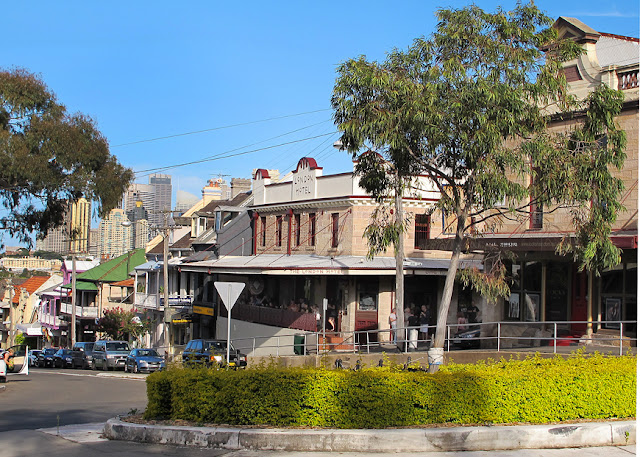 The ferry at the end will carry you under the Harbour Bridge to Circular Quay. 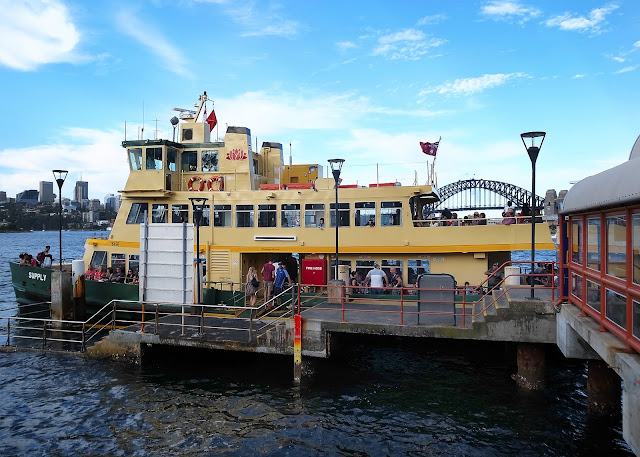 I head for the markets in the grounds of St Andrew's church and catch them just before they pack up for the day. 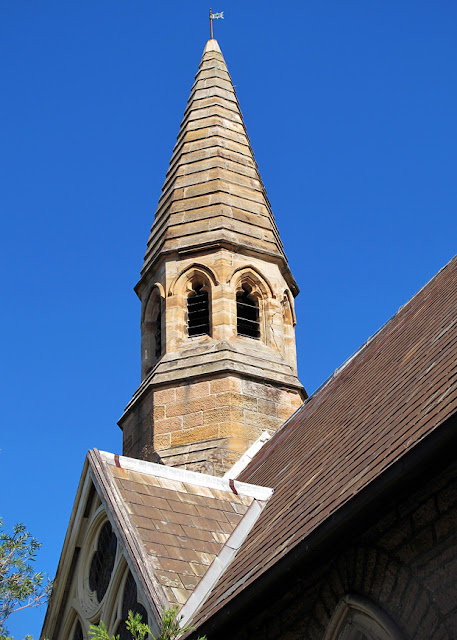 At Bec's stall I find a couple of birthday presents. Bec's from the Blue Mountains and creates retro jewelry from resin. We talk about her ideas for pieces - she's going to be working in a new medium and can't wait. We have interests in common and I mention the fact that Jung would say this was a piece of synchronicity. Bec tells me someone gave her a book by Jung on Synchronicity last week. Hmm. 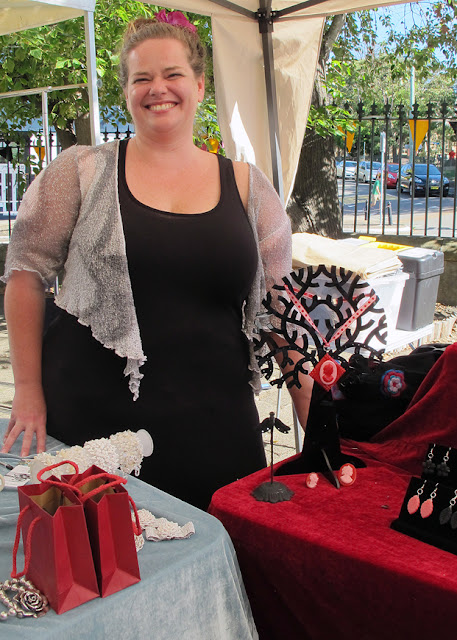 On my way up Darling Street I hear great raucousness coming from a table at the restaurant Our Place. It's Anne's fiftieth birthday celebration lunch. Here she is in front, pictured with her best friend Chrissie. It's six in the evening and it looks like they'll be kicking on well into the night. 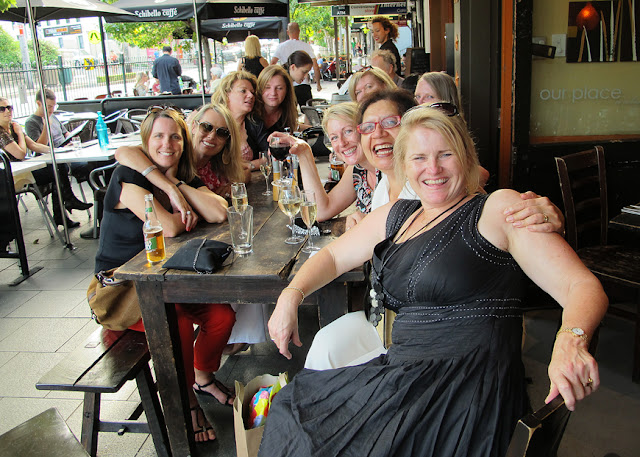 Buskers are setting up outside Woolworths. 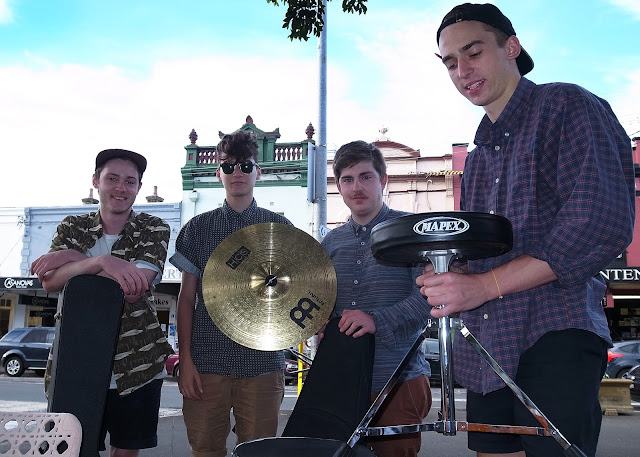 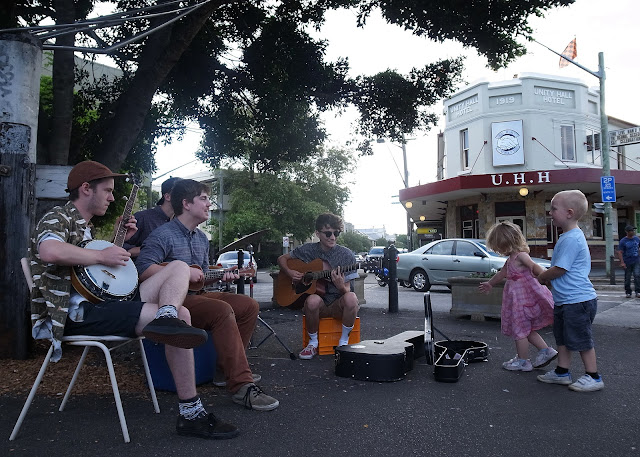 The Olympic swimmer Dawn Fraser grew up here. The Riverview Hotel is one she owned for a while. It's also been a haunt of many a writer and political commentator. 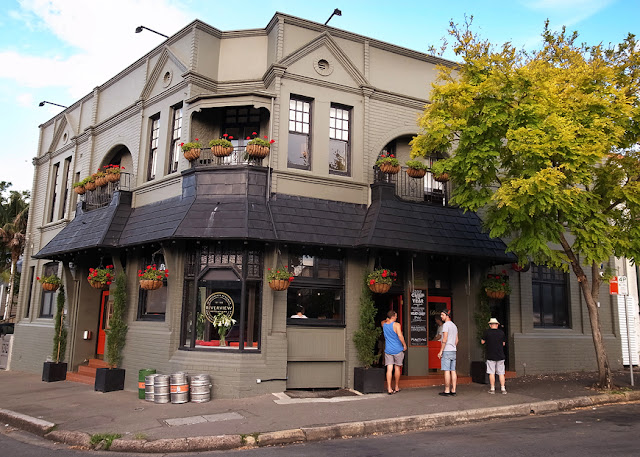 And this is the pool where Dawn Fraser trained as a girl in the 1940's. There's a water polo game going on today - they're just having time out. 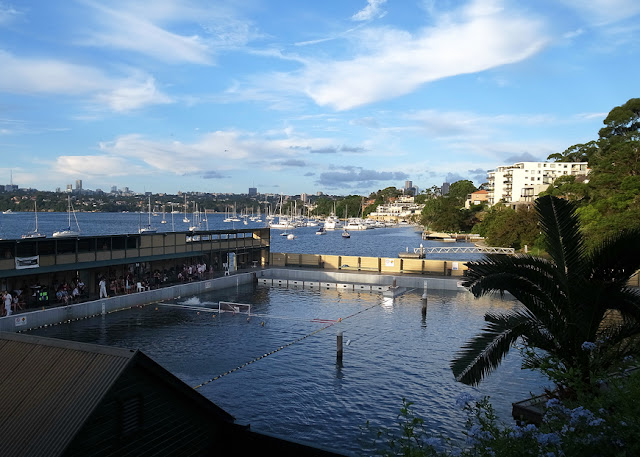 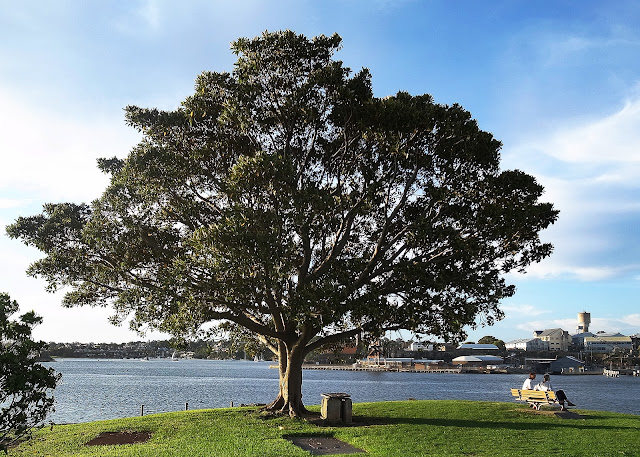 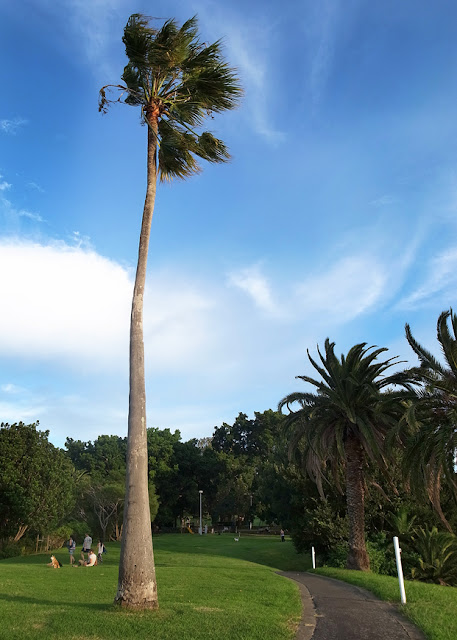 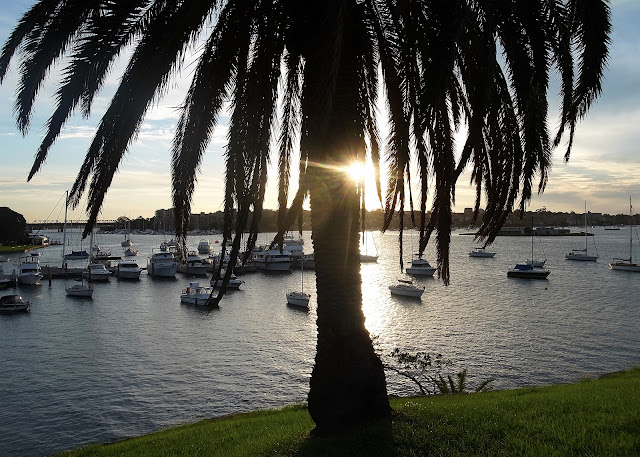 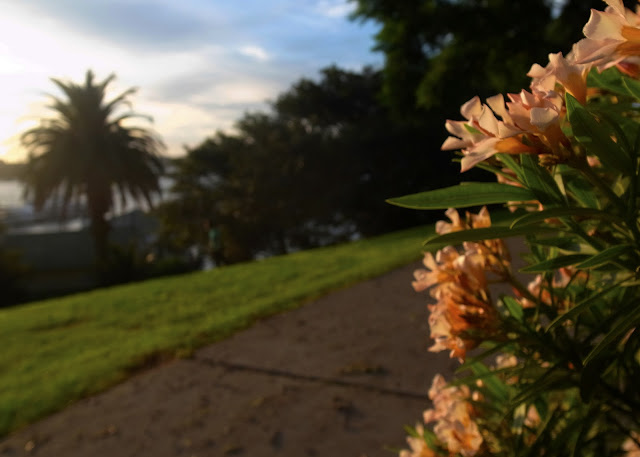 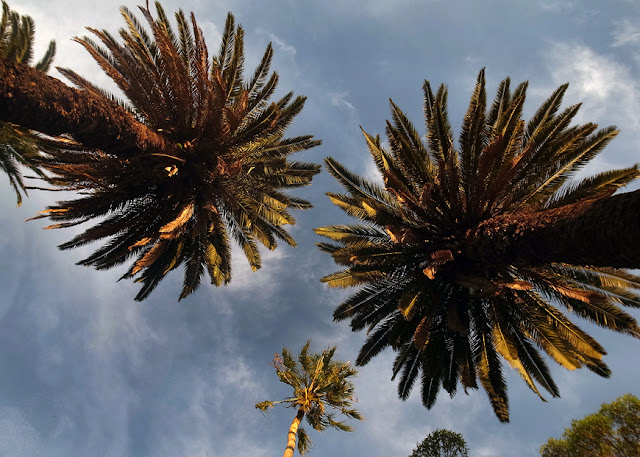 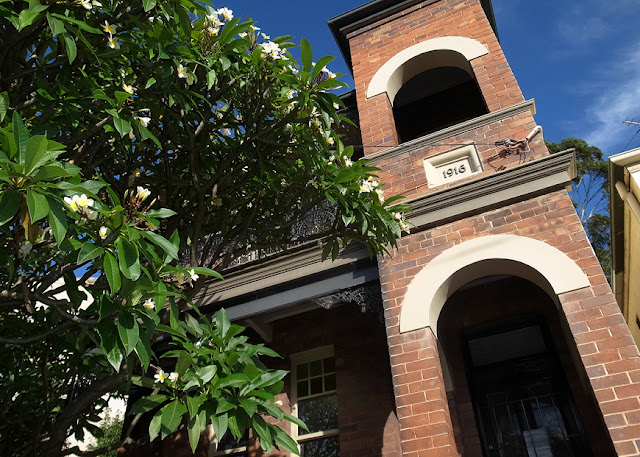