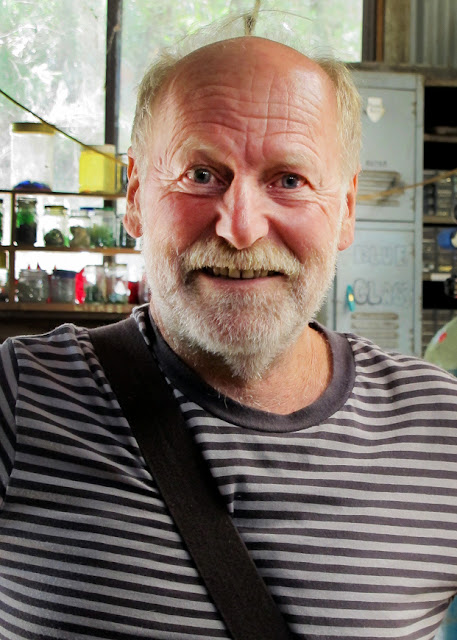 Ulric was born in a small Swiss French speaking town of Cormoret, high in the Jura. When he was a boy, he and his family were captivated by tales of the high seas. Although they lived in a landlocked country far from the ocean, they would consume books by sailing heroes such as Joshua Slocum or Vito Dumas. This was the seed that grew into Ulric’s desire to see wide horizons.

At the age of 22, Ulric decided to build a seaworthy boat and sail it round the world to Sydney. It had to be big he reasoned because it would need to house his future wife and children.  As for experience, he had absorbed a lot from books, he’d helped put the finishing touches to an ocean going vessel and had trained as an engineer. Ah yes, so of course he’d be able to build a boat – no problem! Ulric’s mother was excited, his father less so. Friends of his parents offered him land on which to build and so he began.

By day Ulric worked as an engineer making tools for a watchmaking factory. For three years he saved nearly all of his salary - nearly Fr 75 000 which would equate to about a quarter of a million Aussie dollars today. Everything he had was poured into the project. Between the hours of 7 to 11 at night he’d work on the boat and of course continued with it each weekend.

First he had to construct a large shed to house the boat and shelter him from winters where temperatures could plummet to minus 30 degrees below zero. 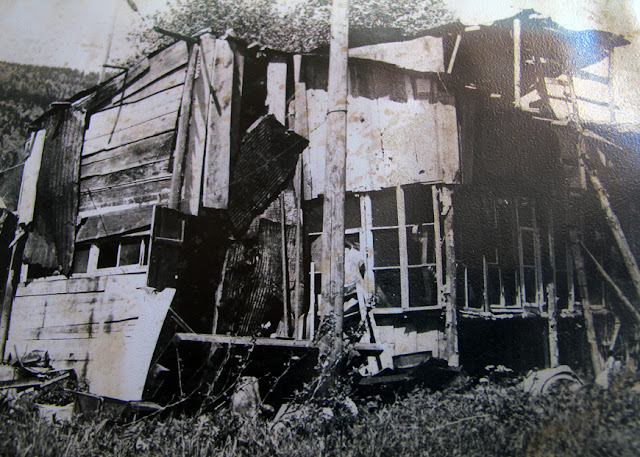 Once finished, he started to build the hull of steel. 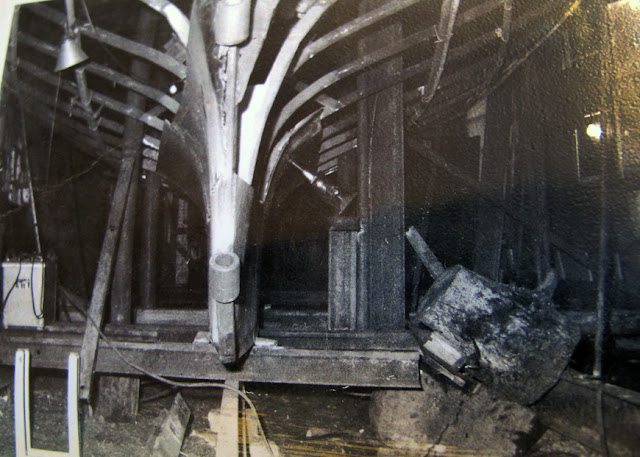 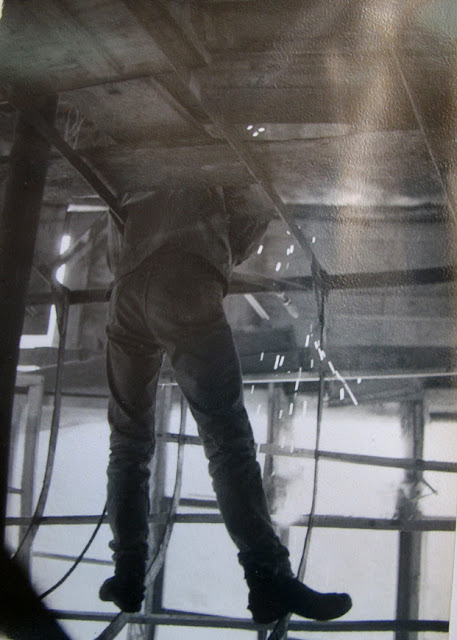 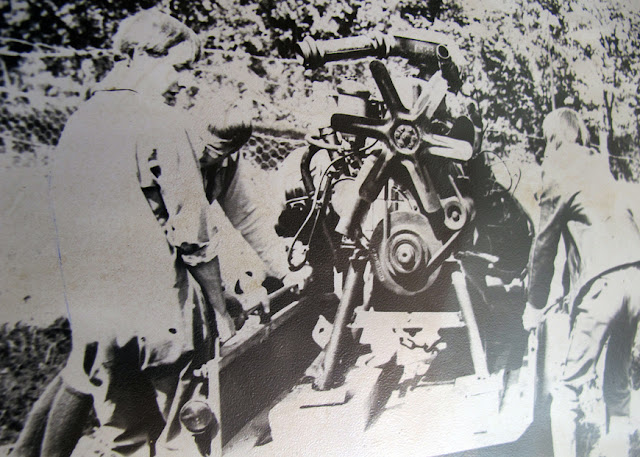 The shed was dismantled when the hull was completed to make way for the rigging. 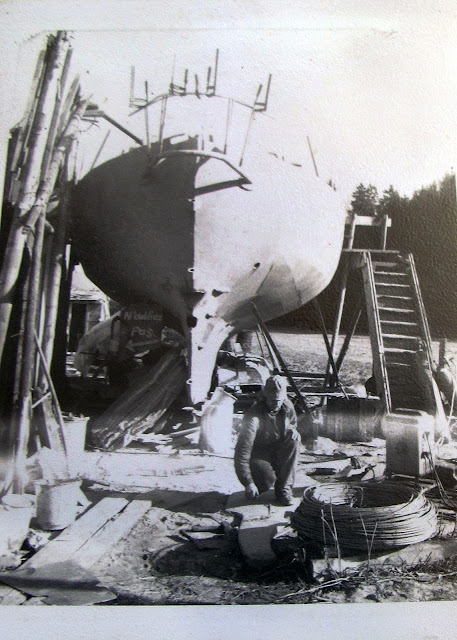 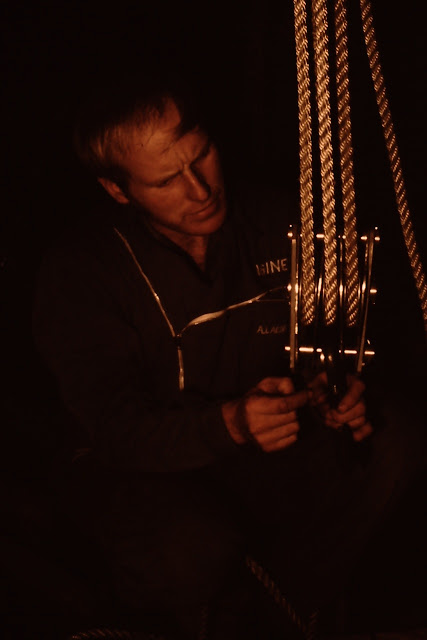 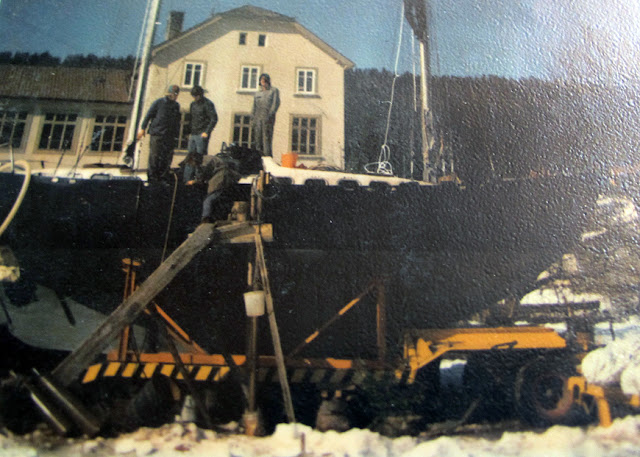 Most of the villagers thought his idea crazy – not a very broad minded lot, he says. Nonetheless, on weekends, people would come from all over to watch. Ulric had the wherewithal to create a donations tin on which he painted ‘Don’t Forget’.  When he finally opened this tin, he found the equivalent of $5,000 inside – ‘fantastic’, as he says. 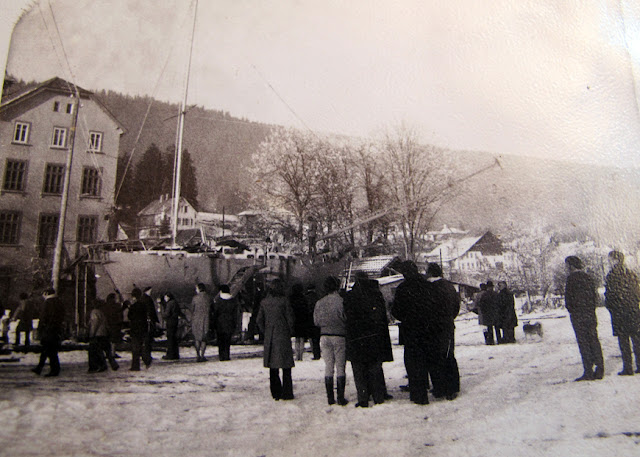 Ulric’s builder friend had offered to tow the boat to water once it was ready. After four and a half years in the making, the day arrived and they lifted it with jacks. The boat was transported for 150 kilometres via truck. Its destination was a canal on a tributary of the Rhine in Mulhouse, a town in French Alsace.

Ulric set sail with his friend Emile and Andreas, a friend of his father’s down the Rhine. They went through canals to the river Doubs and the Saone and the Rhone passing through about 150 locks on this journey before crossing into the Mediterranean. Joining them on board was a pet rabbit belonging to Ulric’s then girlfriend (neither were to last long in his life) and a black cat called Bisou.

Five months in the Mediterranean served as a type of sailing apprenticeship for Ulric. It’s a choppy sea, he says, short and deep. He did battle with the Mistrals, storms and severe bouts of seasickness but learned from experienced sailors who shared their wisdom. He wintered in Switzerland where he worked to save for a sextant and wind vane. Then he felt ready to leave Europe and see more of the world. 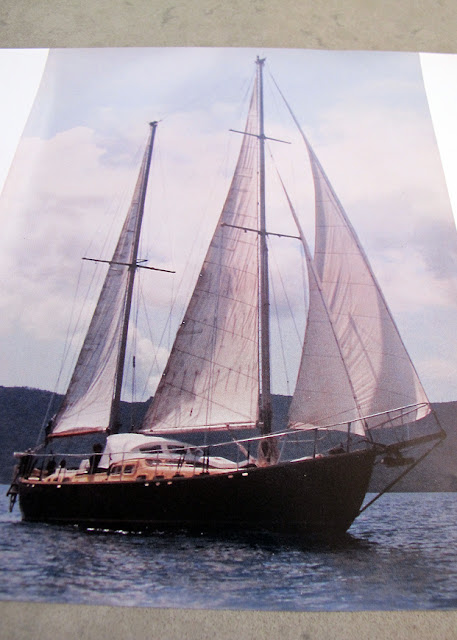 In October 1974 he set sail for North Africa – Morocco, Tangiers, Ceuta, Algiers and on to the Canary Islands. From there he took the 6,000 kilometre crossing to the West Indies. This had to be done in February in order to catch the trade winds. On this journey, Ulric remembers flying fish would hit the sail and flap onto the deck where they could be picked up and cooked for breakfast.

Ulric would stop along the way to repair boats to fund his trip. He made friends easily. Some would join him on the leg of a journey or two, before moving on. He was broke most of the time and chose to mix with locals. He’d dance to the music of steel bands, have fun and not give a damn.

He picked up English along the way in order to communicate with people in English speaking St Lucia. Exotic place names trip off Ulric’s tongue: Martinique, St Vincent, Tobago Quays, Bequa. Off a coastal village of Granada he witnessed a whale harpooned by hand, the proceeds of which would feed a family for a year. 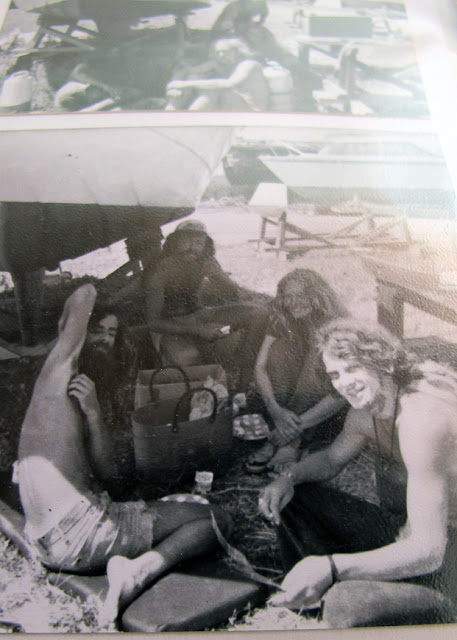 From Granada Ulric sailed 1,000 nautical miles to Panama. He passed through a dozen locks or so before sailing under a bridge. He had the satisfaction of seeing the Trans-American Road above him and the Pacific Ocean before him. Ulric continued to the Marquesas Islands, witnessing for himself the scene of one of his favourite boyhood traveller’s tales by the French yachtsman Bernard Moitessier.

By this stage, Ulric had a hankering to sail solo which he’d yet to do. On the Windward Islands he set about preparing for his biggest sea crossing yet. He preserved goat meat in a large tub adding a layer of meat followed by a layer of salt, then a layer of meat, followed by a layer of sugar. The meat cooked in the juice and grated flesh of the many coconuts he stashed was a delicious Polynesian delicacy he adopted. He took a large load of flour that he would turn into loaves every day, cooked in a fry pan with aluminium foil as a lid. He also stashed piles of breadfruit.

Finally, on his last day before sailing away from the island, Ulric was invited to lunch by the mayor of a small village of Hanavave. He took the opportunity to ask him if he could borrow two of his strong young fishermen to hoist up his anchors and dinghy to save his bad back. So on this last day, Ulric set sail to the tune of Polynesian shanty songs as a farewell while the men hoisted his anchor. He slept while the island was still in sight. Australian shores would be next.

Although Ulric was ready for the possibility of an optional landing in Samoa, he had such good weather he decided continue directly to Sydney. Of course this didn’t last and a string of bad weather set in. There were gales every third day and a 4,500 nautical mile journey to be navigated alone.

He says time flew. He spent it working on his navigation, in reading and writing in his log book and personal journal. Ulric also had to attend to painting and repairs and in preparing food. The bad weather meant the voyage took much longer than anticipated - 75 days in all. 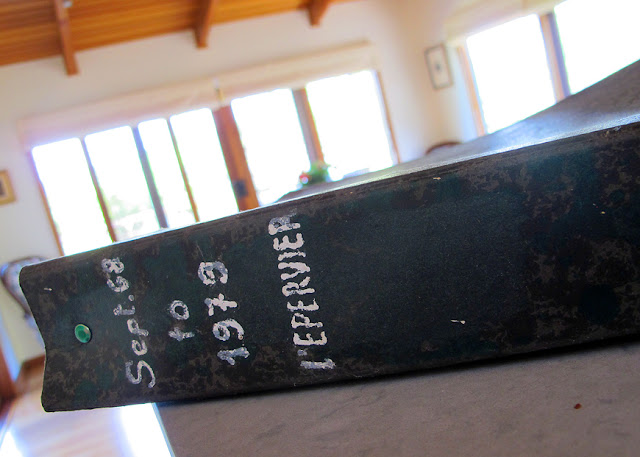 I can tell this was one of Ulric’s favourite parts of the journey. He has a light in his eyes as he recalls the days of a flat calm sea. There were others with a slight undulation, as if the sea were breathing. The passage of the boat would create a little ecosystem. Black and white striped pilot fish would follow in its wake for weeks at a time, swimming by the rudder. Two metres or so farther out would swim the rainbow hued dolphin fish. They would become like pets and Ulric would be saddened if in the evenings he counted one fish less.

One time he caught a huge salmon he couldn’t eat in one go. He dried it in the sun to preserve it, bringing it in every night to avoid the dew that would make it rot. Ulric says the stars let off such an intense light he could read a newspaper by the light of the Milky Way. Sometimes he could see six thunderstorms in six different directions at once. Then there were the many meteorites he’d see falling in the sky.

It was on this leg that the faithful black and white cat Bisou died. Bisou ate bluebottles landed on the deck that Ulric didn’t realise were poisonous.

The first bit of Australian land he saw were factories of Newcastle. He had arrived too far to the north. There was no wind and two months prior he'd run out of oil to run his auxiliary engine. Spotting a sailing boat ahead, he put up his blue and yellow signal flag that meant he wanted to communicate. He can remember the sailor’s name was Tony who offered to throw him a line despite his tiny engine.

Soon the Water Police arrived to help. They towed him all the way to the Royal Prince Alfred Yacht Club in Newport. The sailors there must have been pretty amazed to see him. The manager's wife cooked him a delicious steak that evening.

Not too long after this, Ulric was invited to a party in St Ives and met Anne, who became his wife. He shows me a picture of Anne and his then toddler Jessica who was born on an island in Noumea. Here they are, sailing on the l’Epervier, exploring the myriad islands of the pacific, just as Ulric’s 22 year old self had predicted. 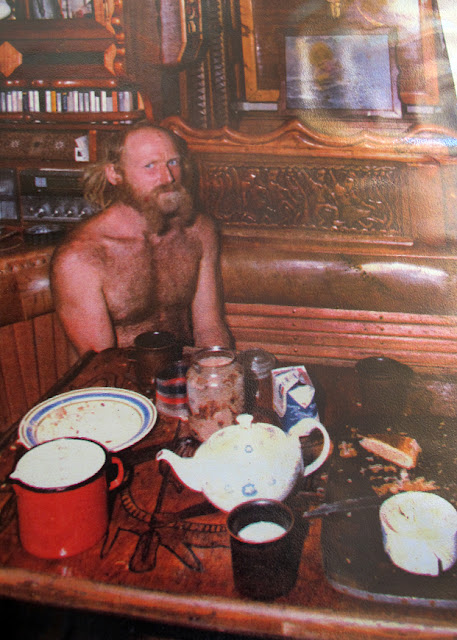