Mass for the Irish Diaspora

On Christmas morning, hundreds of Irish emigrants come to St Patricks at ‘County Bondi’ for Catholic mass. For most it will be the only mass they attend all year. Many wear their football jerseys which mark their patch of Ireland in Gaelic on their backs. 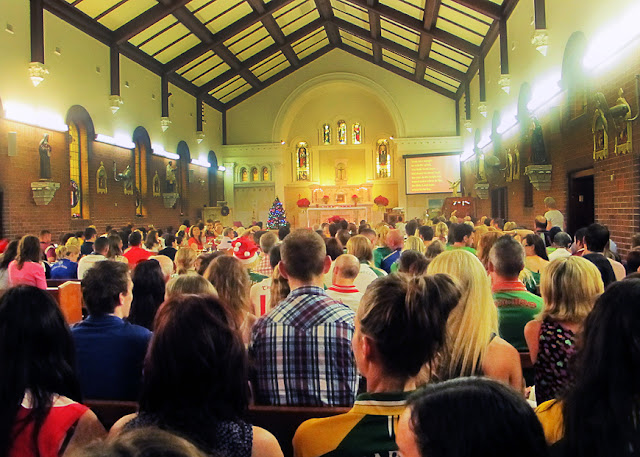 Karen (in orange) from Co. Westmeath and Aishling from Co. Down help me with translations: Diore for Derry, An Dun for Arun Islands, Ciarria for Kerry, Tir Eoghain for Tyrone.

Karen has just spoken to her folks. They’re in lock down at the local pub after midnight mass – a desirable situation where a special few are invited back for a bout of drinking after hours. 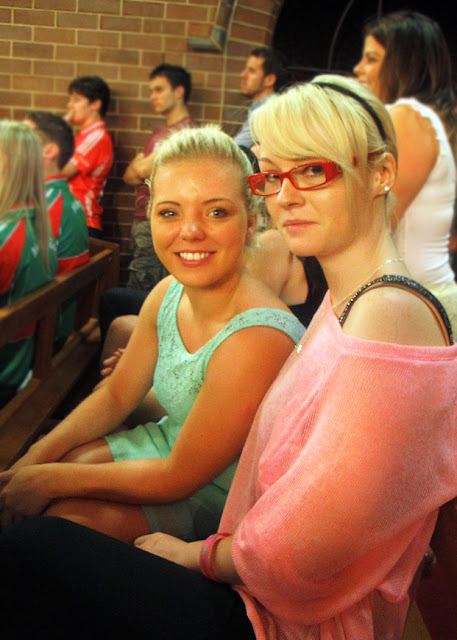 The church swells to maximum capacity with standing room only at the back. 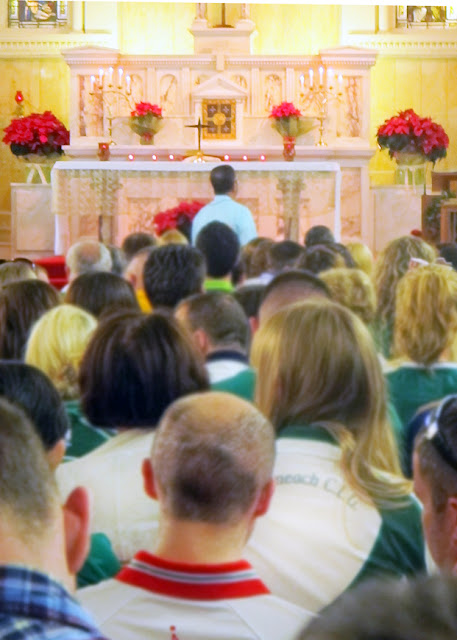 Mass is led by Irish priest Tom Devereux, a Galway man. He serves as chaplain to Sydney’s Irish backpackers and started this tradition some eleven years ago. Fr. Tom gently chides the congregation for their lacklustre performance of Oh Come all ye Faithful, saying; 'next time, pretend you're at the Cock and Bull.'

He talks about the time he was showing fellow countrymen around, letting them know that here nobody asks you whether you're Catholic or Protestant; they just want to know where you come from. His mother, aged 82, flew out on her own from Ireland two days before and gets a big round of applause. To finish, Fr. Tom leads with the folk ballad The Fields of Athenry. This time the singing's more Cock and Bull. 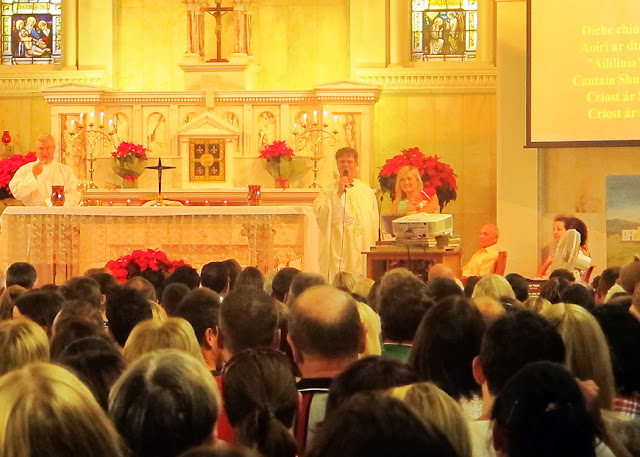 Before leaving, many take photographs of themselves to send home to their mothers as evidence. 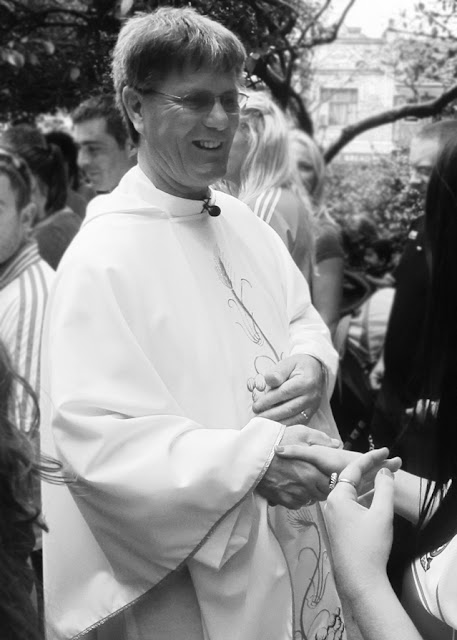 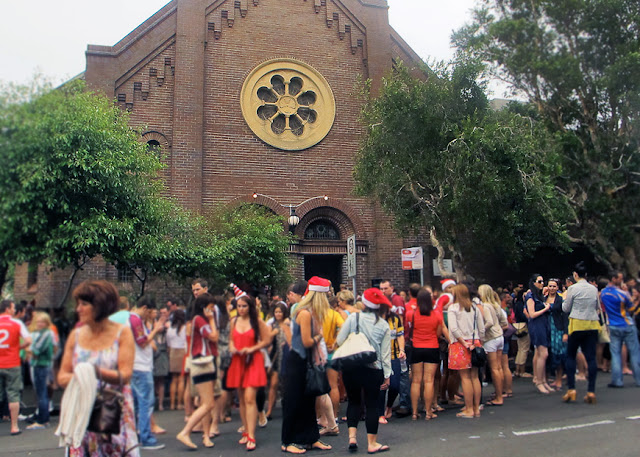