One of the things I've enjoyed about a Sydney Summer has been the chance to travel up all those streets I'd wondered about but never given myself the time to discover. On my way home the other week, the traffic was bad so I took a left turn just before hitting the clogged Gladesville Bridge to finally see what was up that hill. 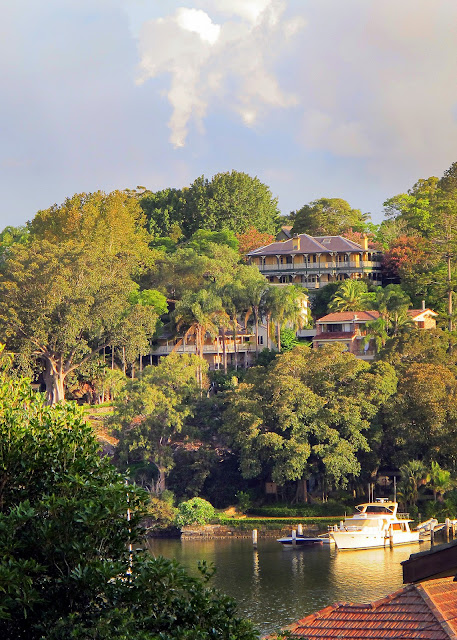 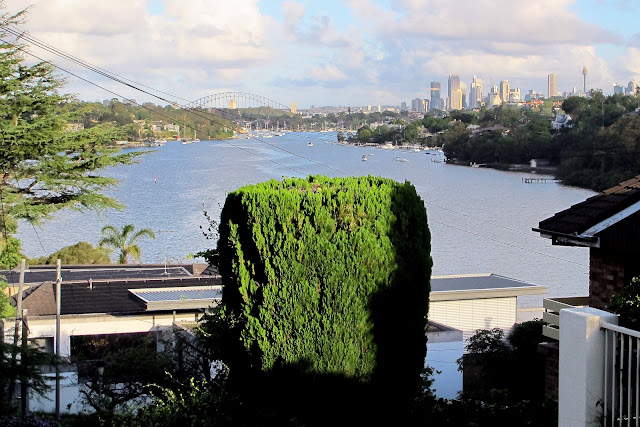 The suburb is called Linley Point. I've never heard of it. I went back up, then down another side street...... 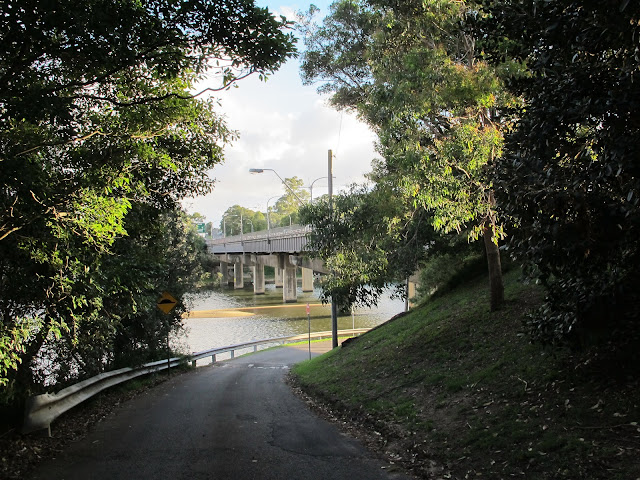 where I came across a house I've always admired from the bridge above. 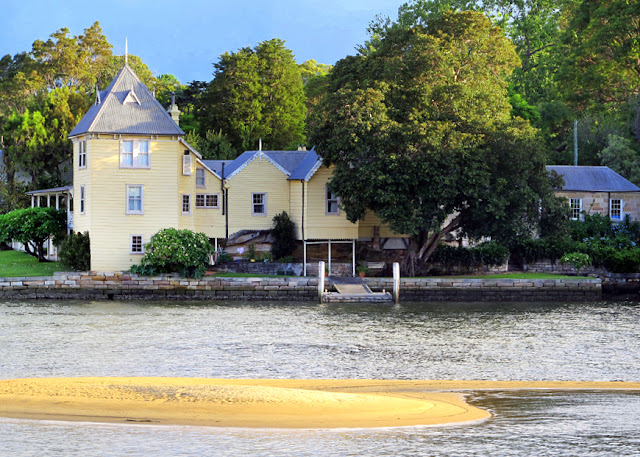 And around the corner were the mangrove swamps beside the Lane Cove River. 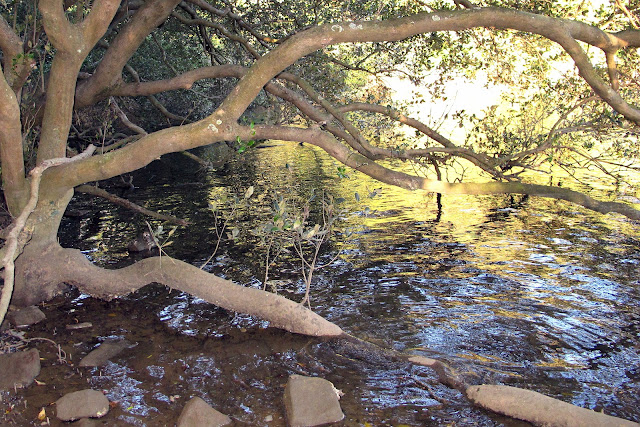 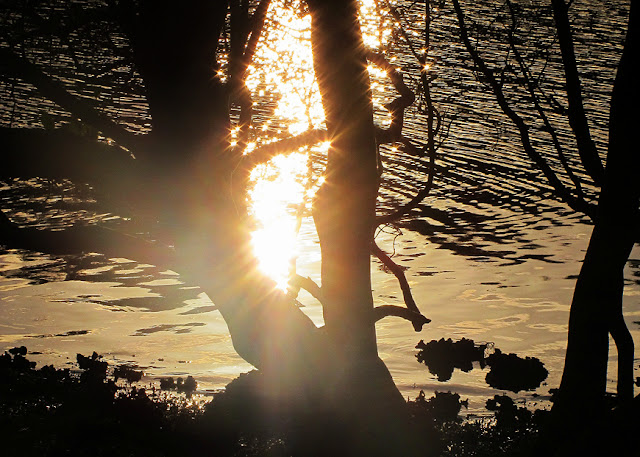 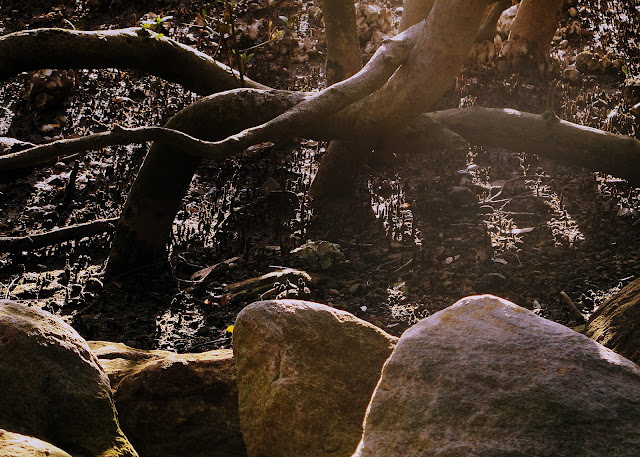 People in kayaks were out in force. 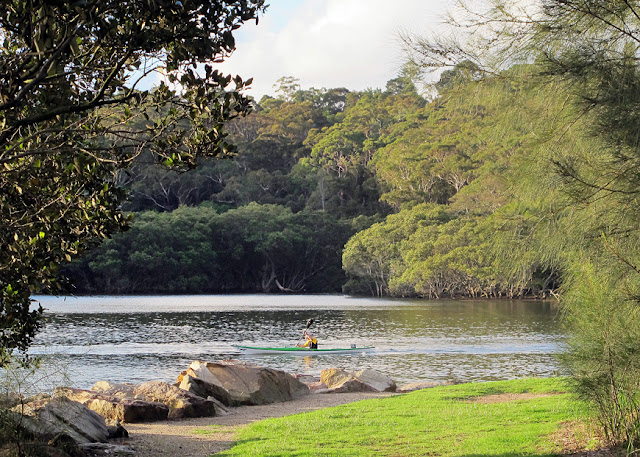 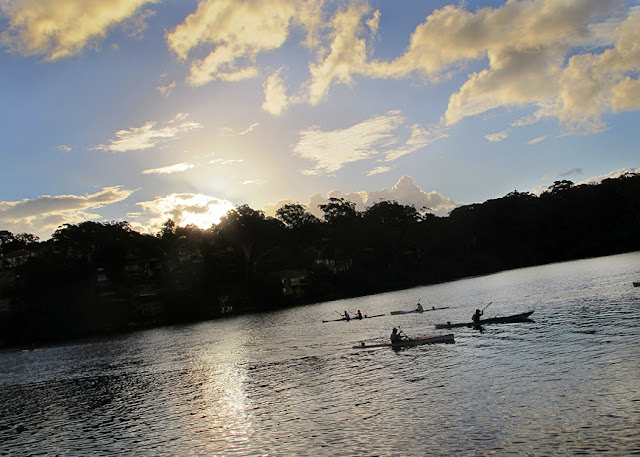 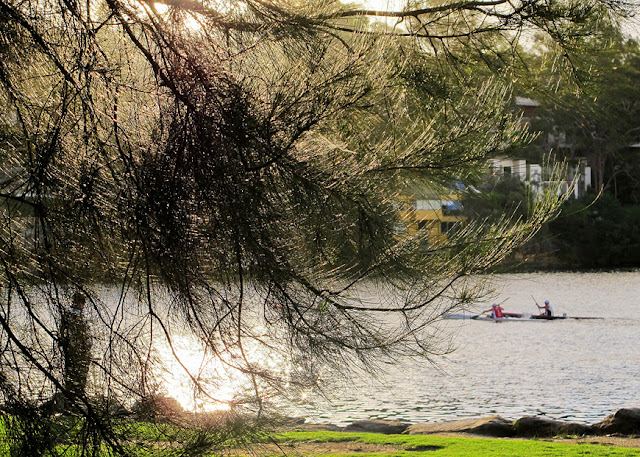 It was hard to believe all this was just a few kilometres from the city. 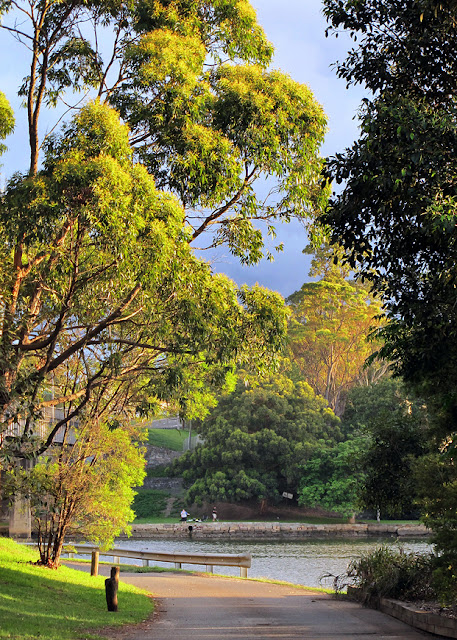 Another turning led me to this old sandstone beauty. 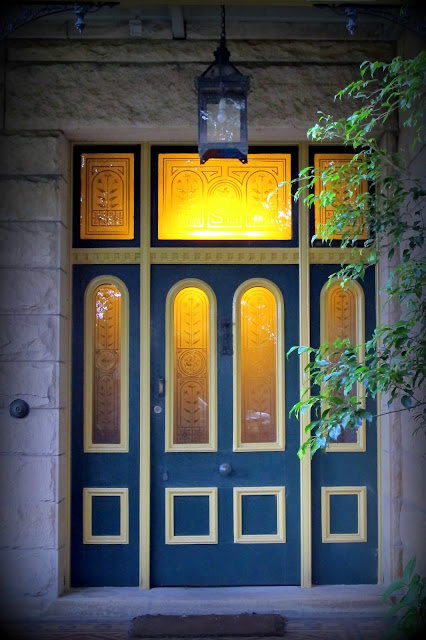 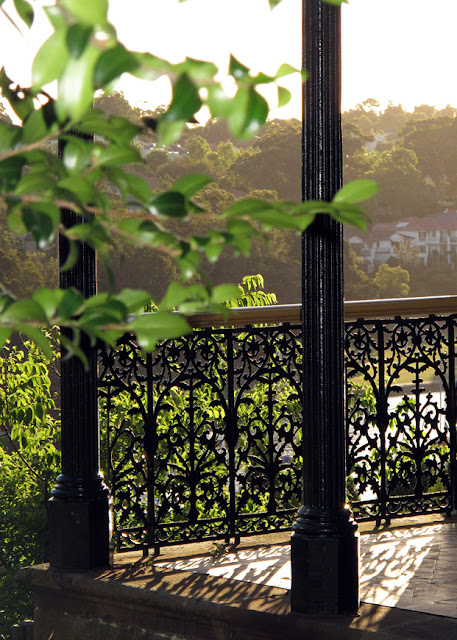 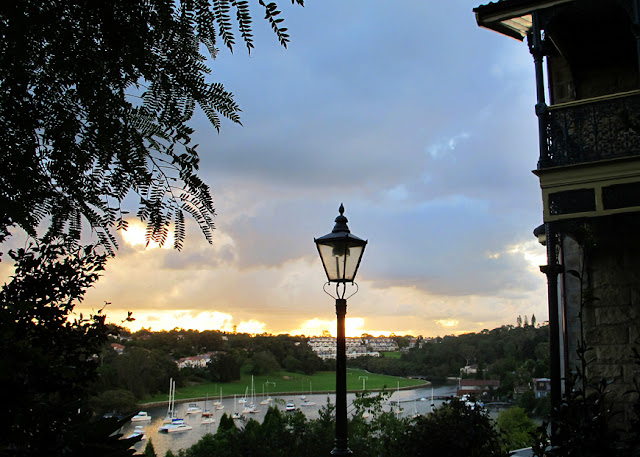