For decades, a group of concerned citizens called the Friends of Callan Park have laboured to save one of the last pieces of wild waterfront land in Sydney and restore mental health services to the former Callan Park Hospital site. They have devised a Master Plan accepted by local council that provides a blueprint for the innovative reuse of the land for people with a mental illness, their families and the community. If it goes ahead it will be the second largest piece of land accessible to Sydney siders after Centennial Park.

Despite the enthusiastic mutterings of the state government prior to its election, their endorsement of the plan has stalled since they came to power two years ago.

Last weekend the Friends held a rally to among other things urge the government to finalise this plan. The pouring rain didn't help numbers and I noted with sadness there were few people in the crowd under fifty. 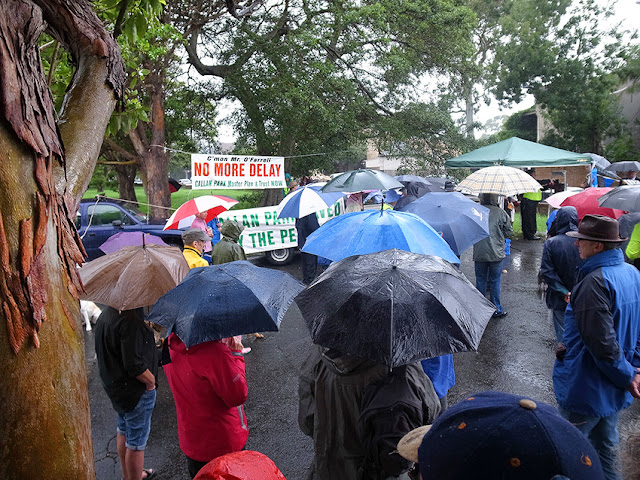 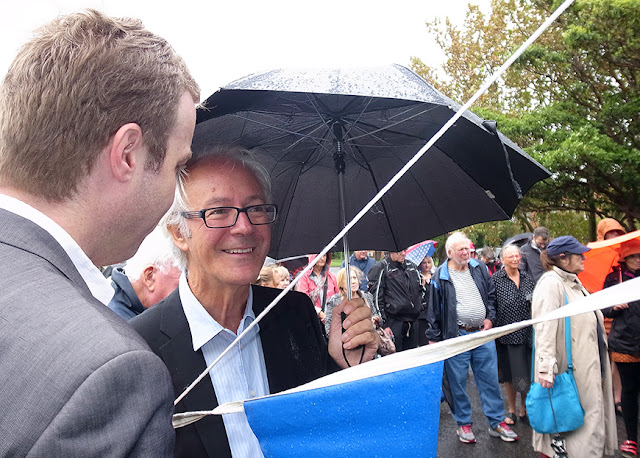 This is Hall Greenland, longstanding President of the Friends of Callan Park talking with Greens MP Jamie Parker. Hall is a local hero. He has worked steadfastly for the last fifteen years to restore our 'common wealth.' At the rally, he mentioned a recent visitor from North America who was astounded by what we still had, saying the many pieces of land attached to former psychiatric hospitals in his country had been sold off long ago.


Jamie Parker has also been a loyal and consistent supporter of this cause. 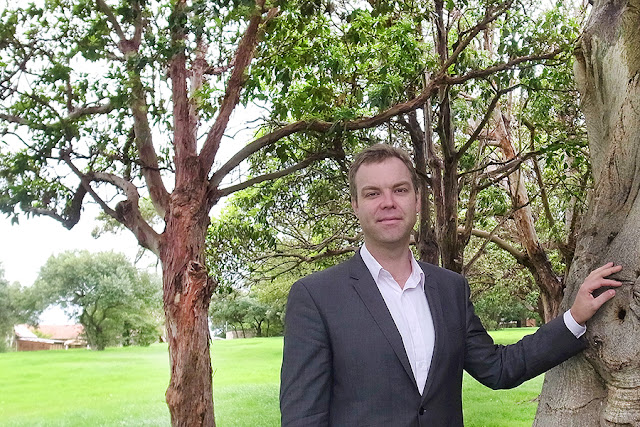 I often ramble through these 61 hectares and took pictures over summer. Here is what we stand to lose. 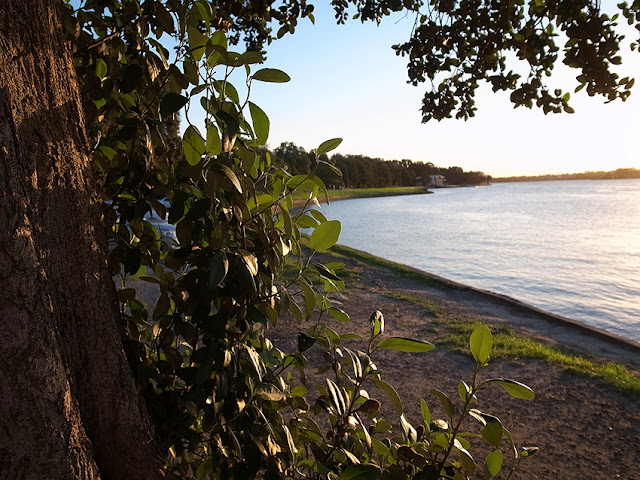 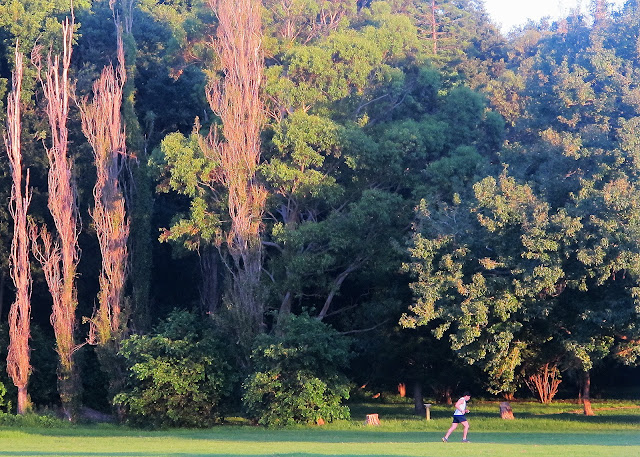 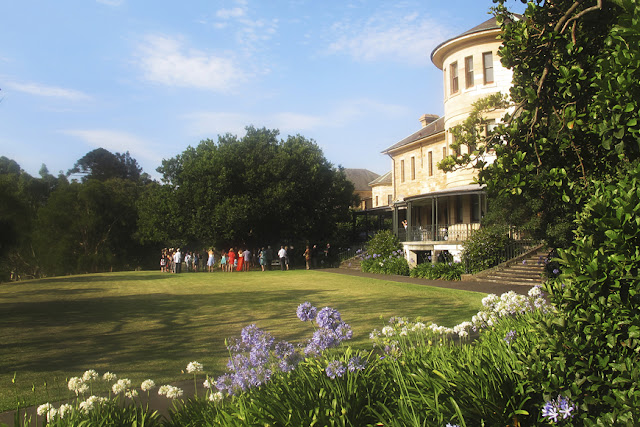 Weddings take place in the grounds of an historical building that was one of the original estates. 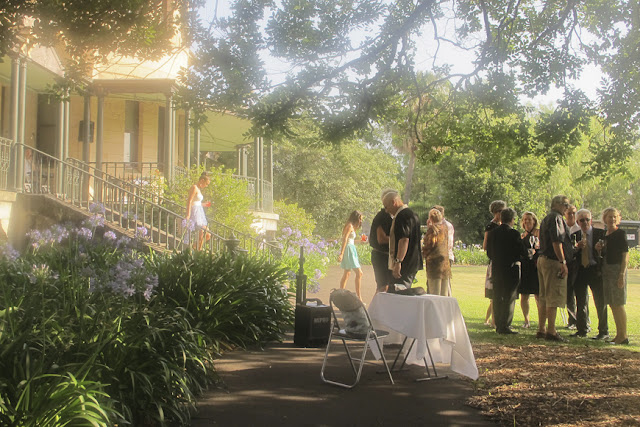 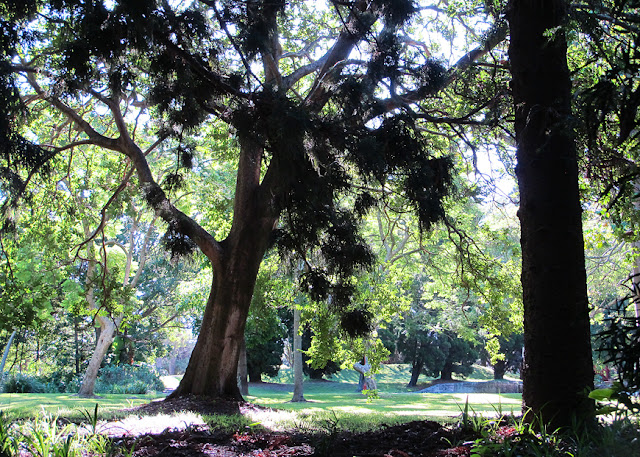 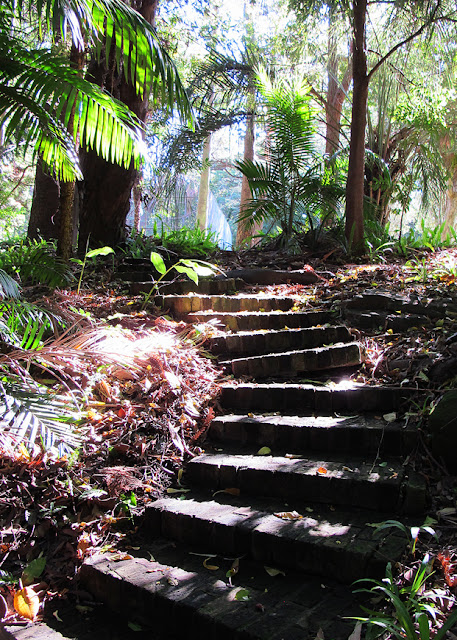 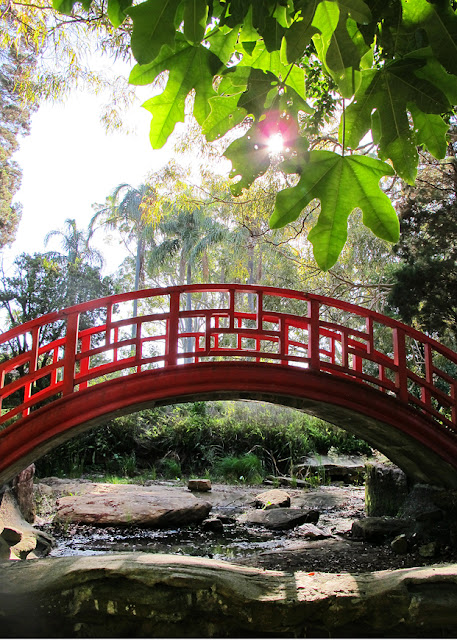 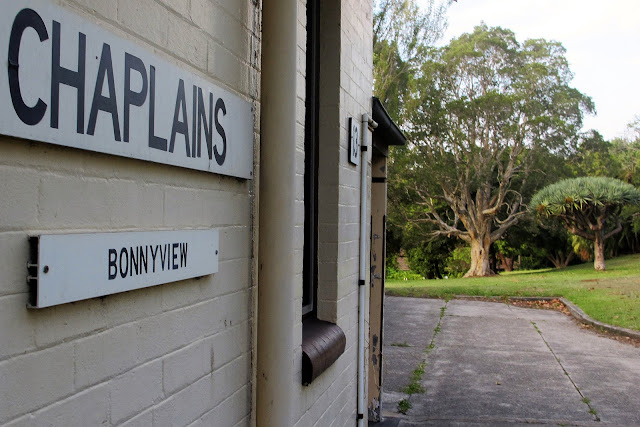 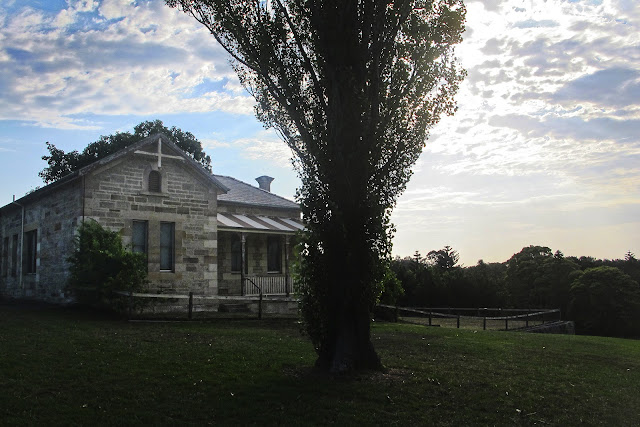 Pieces of country in the city. 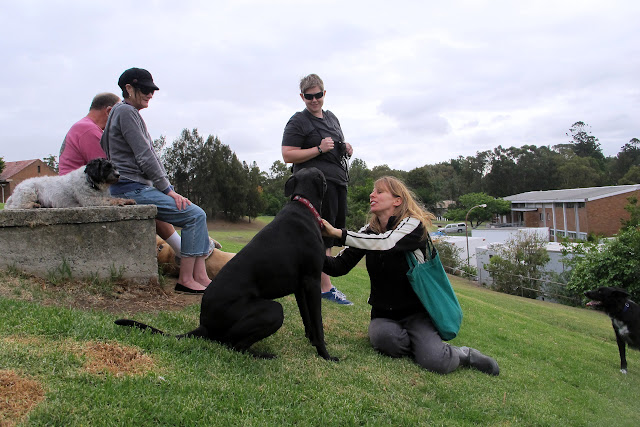 People with dogs who have met each other here for years and forged firm friendships. 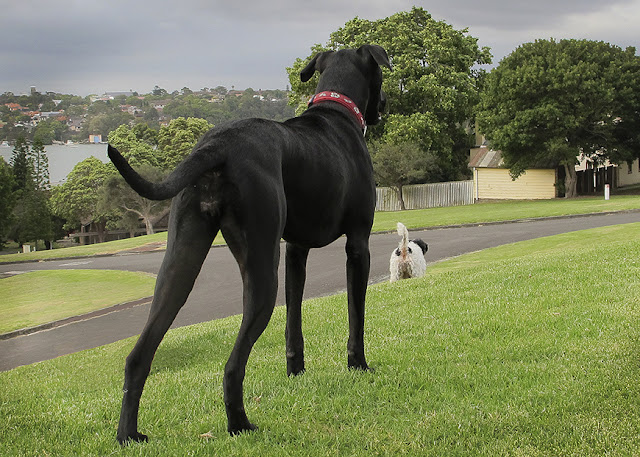 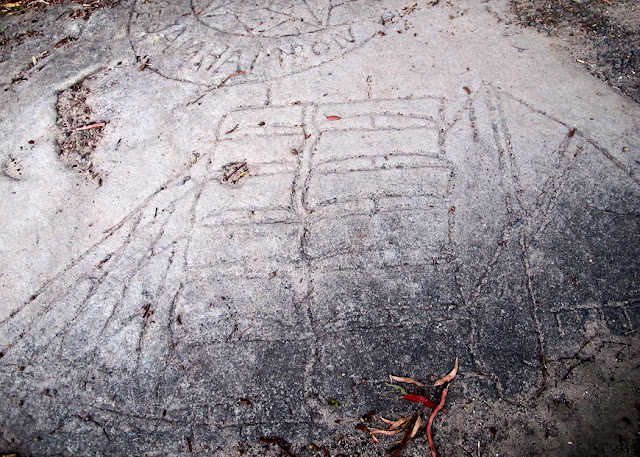 A clipper carved into this rock when tall ships used to be moored in the bay below. 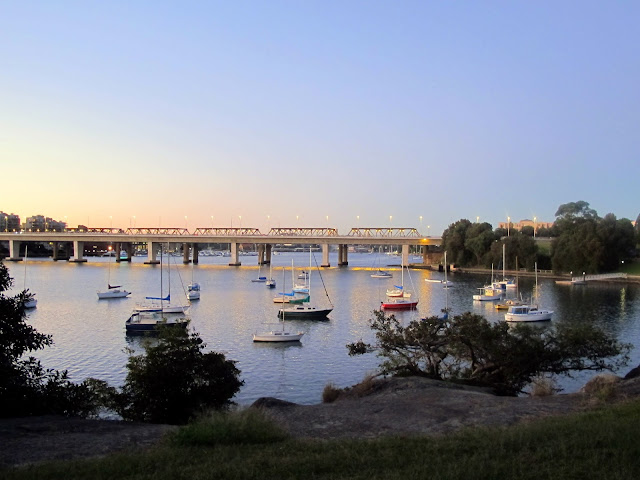 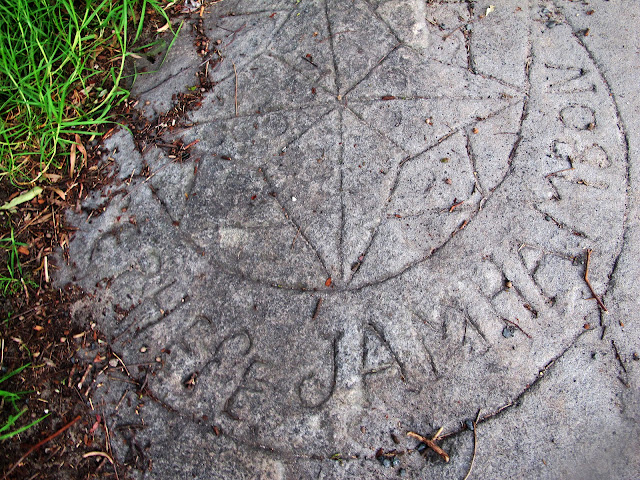 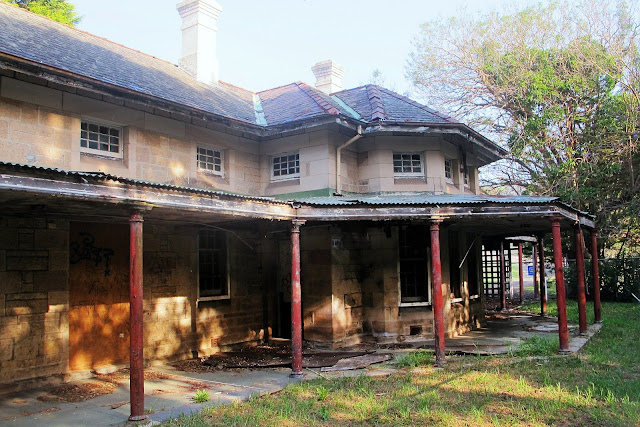 Beautiful old buildings made from sandstone quarried from this site more than one hundred years ago. 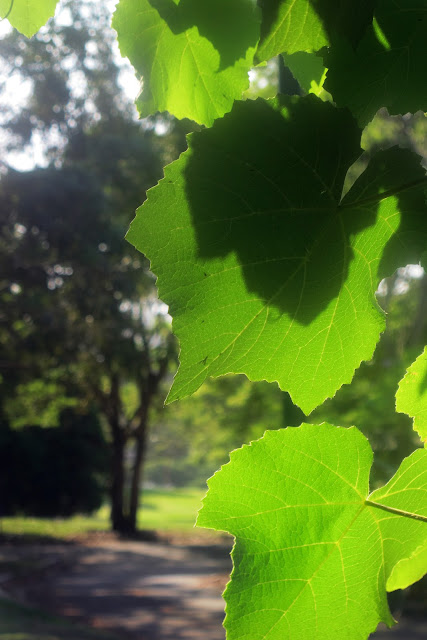 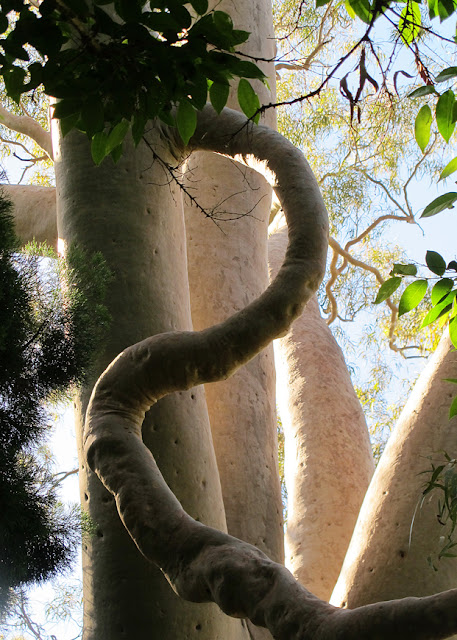 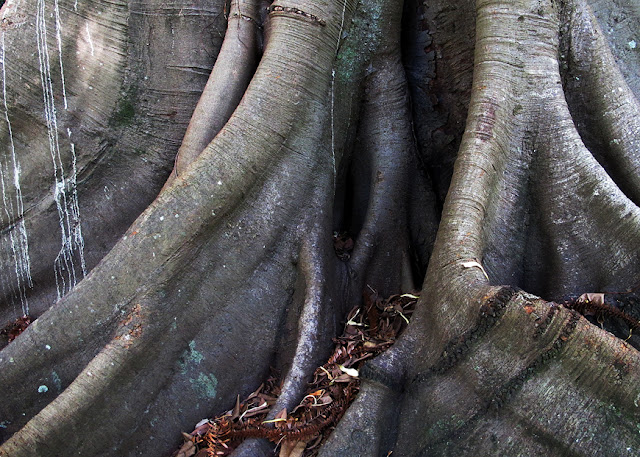 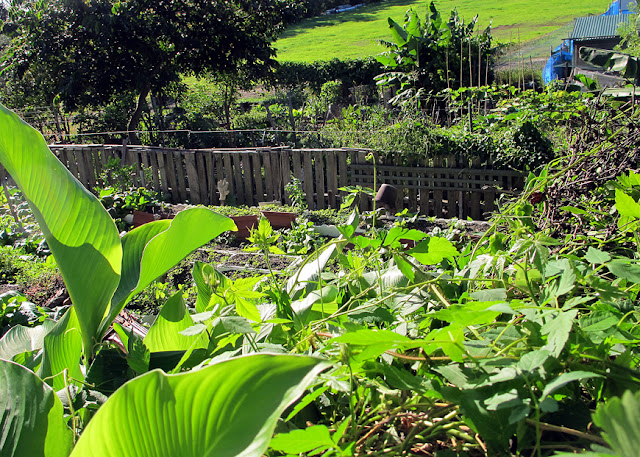 The oldest community garden in Sydney that's been established for nearly thirty years. 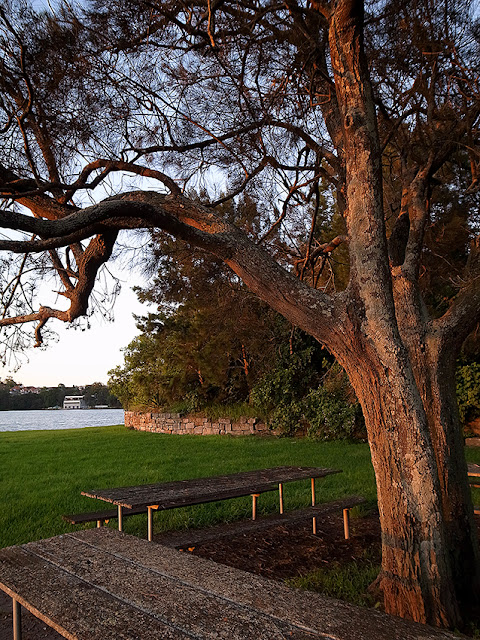 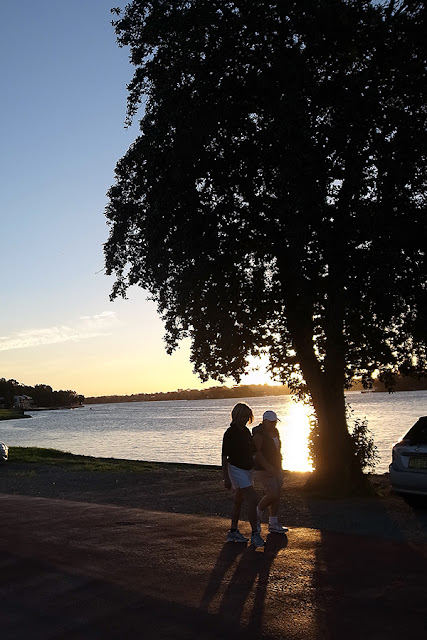 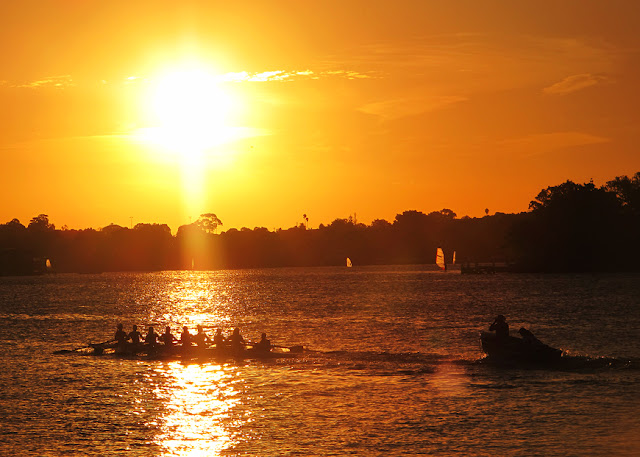 The view from the land's foreshores. 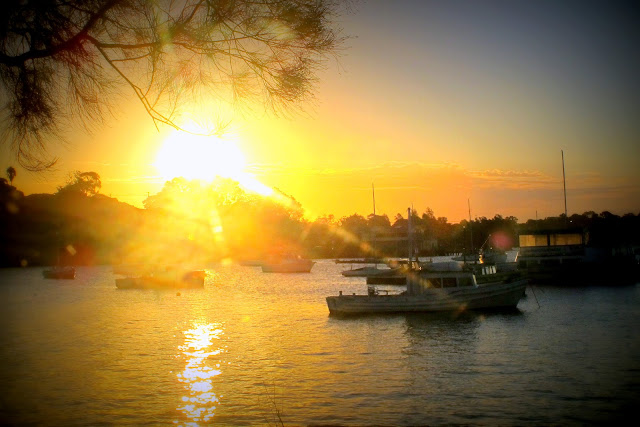 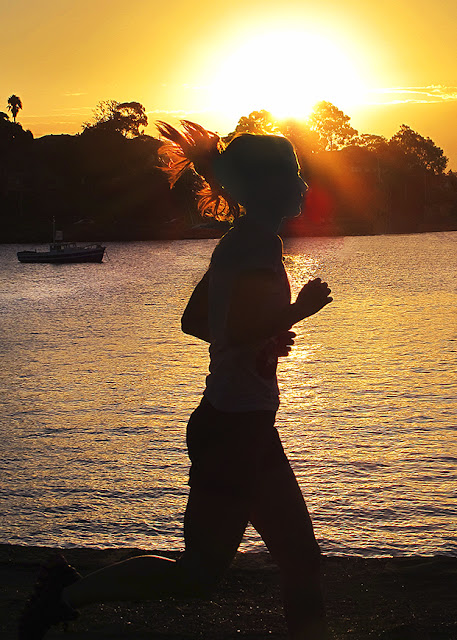 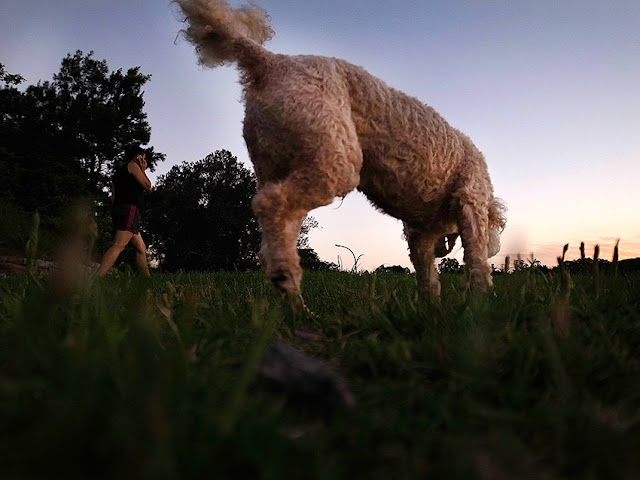 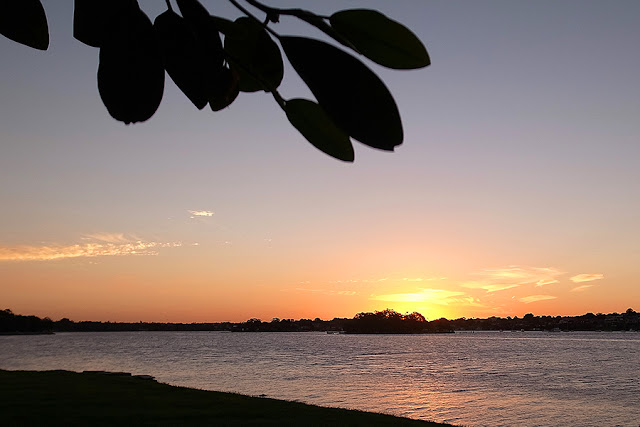 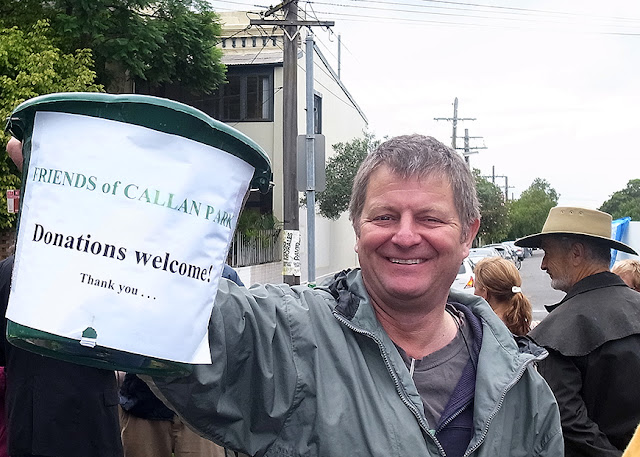 Thank you friends.
Posted by Unknown at 12:40