Ballast Point Park was the venue for the alphorn performance but such an interesting place is worth its own post. Opened in 2009, it’s one of Sydney’s newest parks and is perched on a headland that marks the entrance to the western end of Sydney harbour. The park’s contemporary design gives a big nod to the site’s industrial past. These 2.6 hectares originally housed the estate of a family whose fortunes declined by the end of the 19th century. The site was also used as a sandstone quarry and from the 1930s became a sea bound terminal for Caltex. 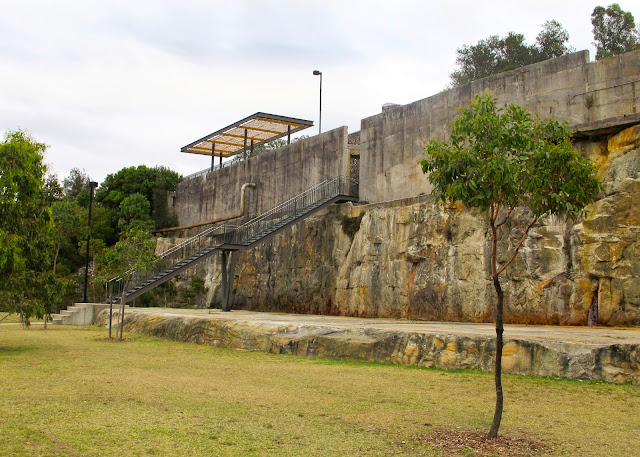 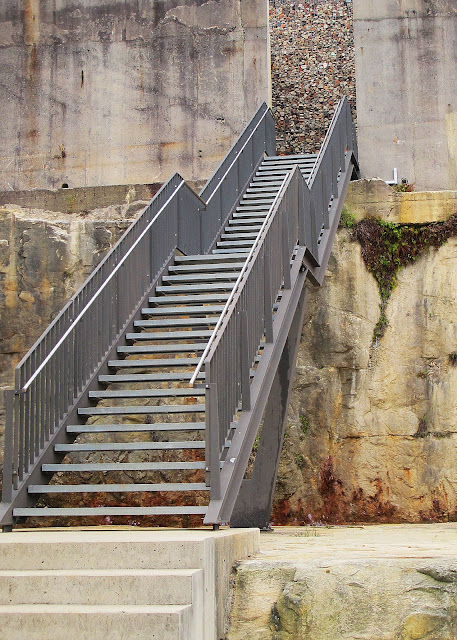 This former crude oil tank has been converted into a piece of sculpture. 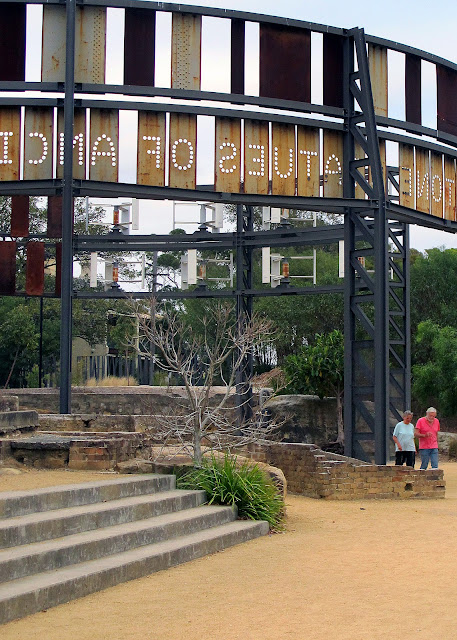 The inscription is a line from Les Murray’s poem ‘the Death of Isaac Newton.’ It refers to Murray’s observation about how the light reflected by the harbour water quivers in the hollows of the sandstone rocks that line the foreshore. 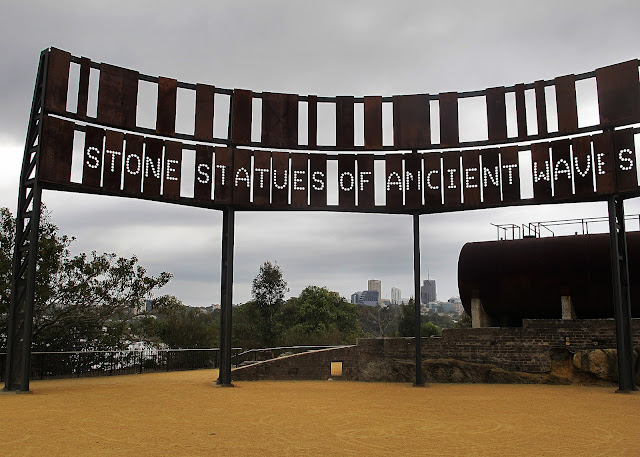 ‘Stone statues of ancient waves…..tongue like dingoes on shore’. 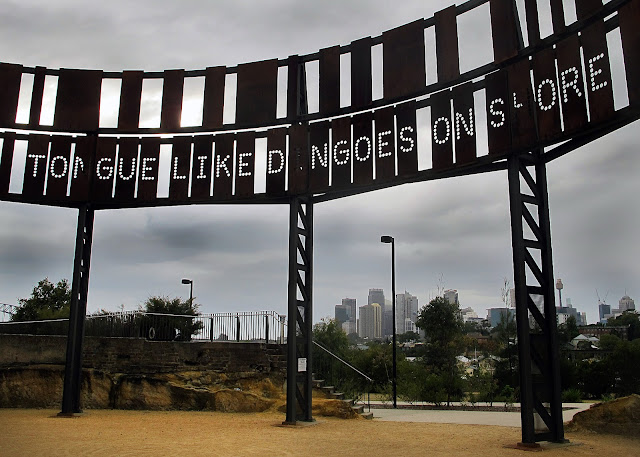 Alas there aren’t any quivering reflections to be had on such a cloudy day but this richly hued sandstone was the colony’s earliest building material and is a signature of Sydney. 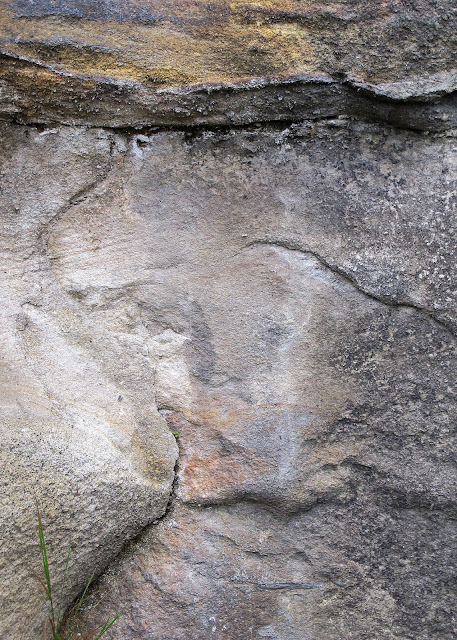 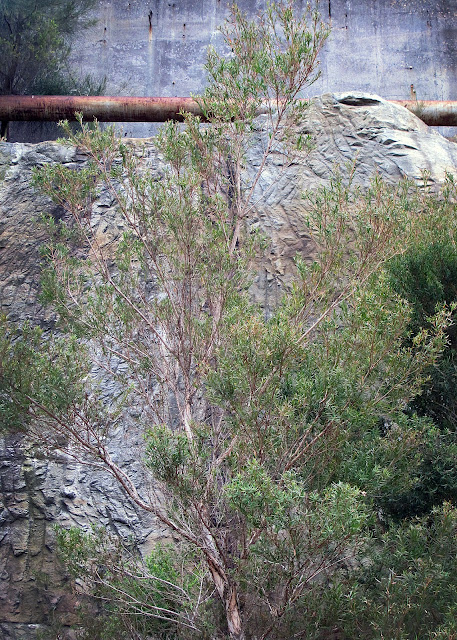 Although an import from Eastern Asia these spotted turtle doves blend with the landscape remarkably well. 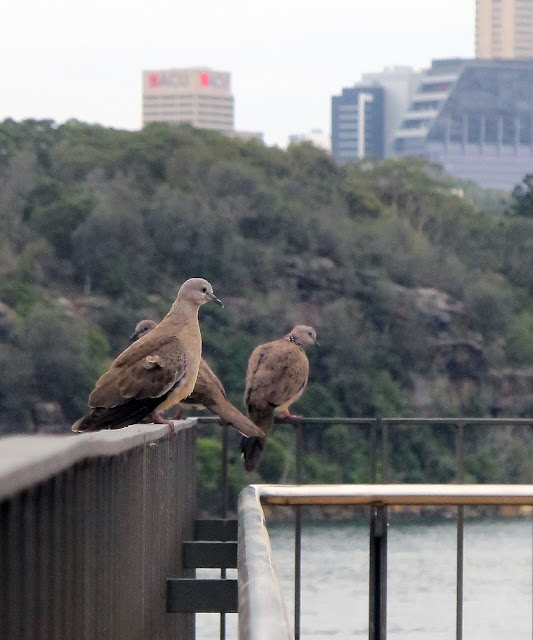 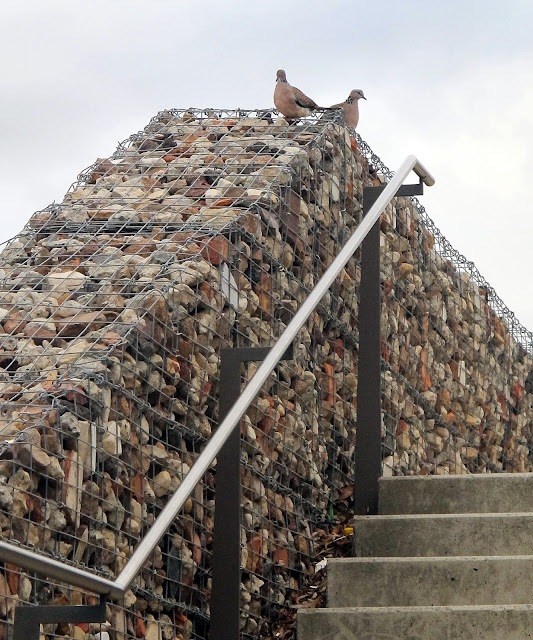 I like the way walls are created from fenced rubble, no doubt much of which was unearthed on site. 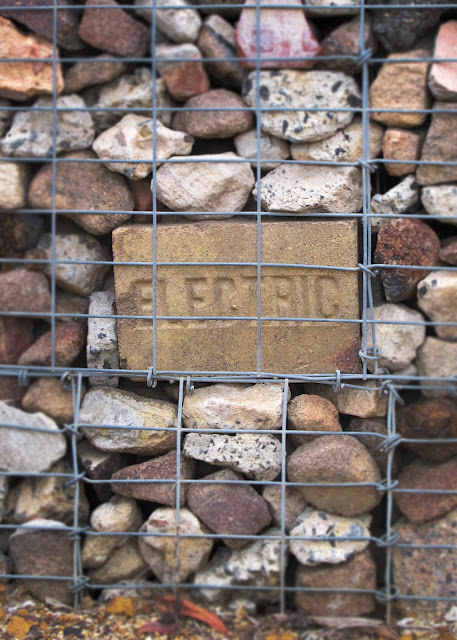 Hundreds of padlocks are now clamped to these fenced walls. 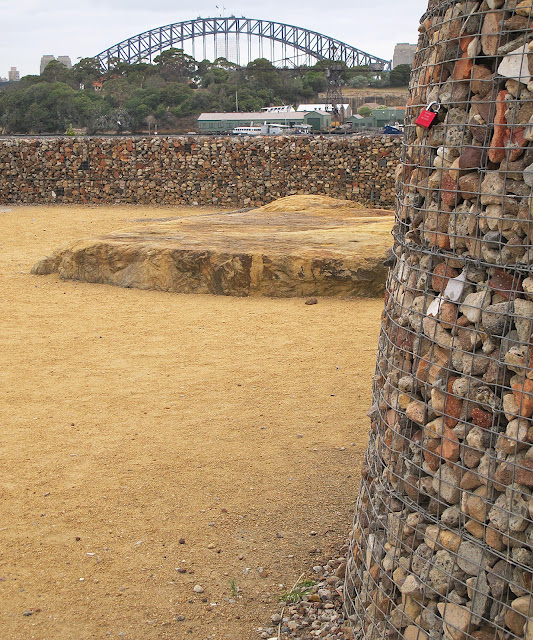 Most declare undying love but one bears this lament……. 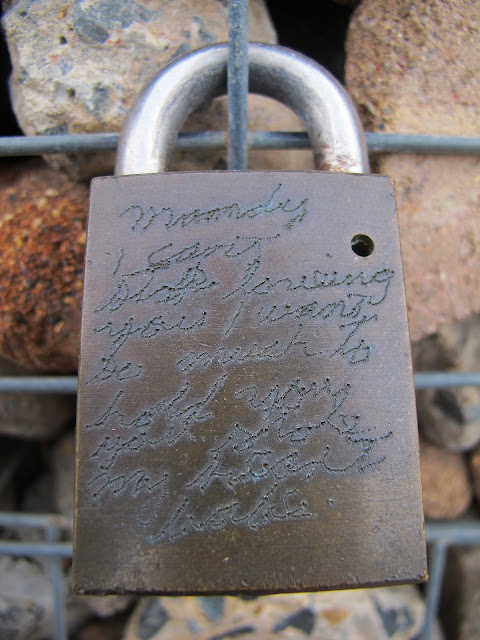 Mandy
I cant
stop loving
you I want
so much to
hold you
you broke
my heart
babe. 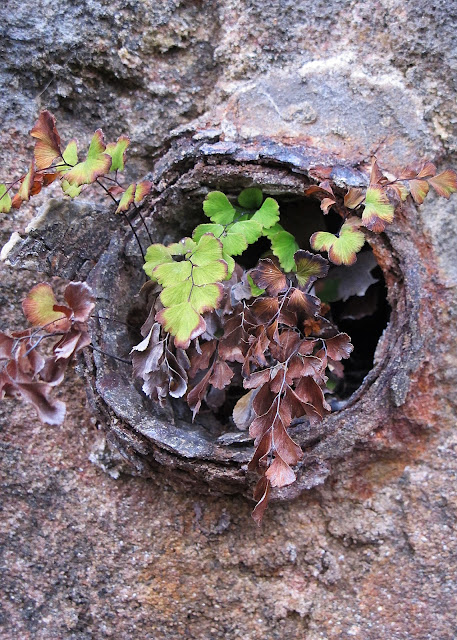 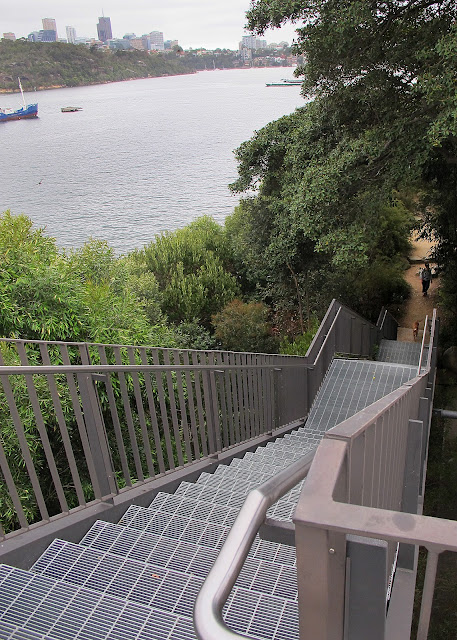 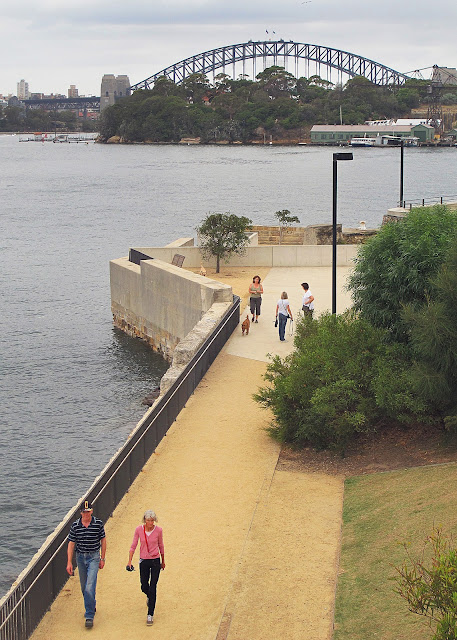 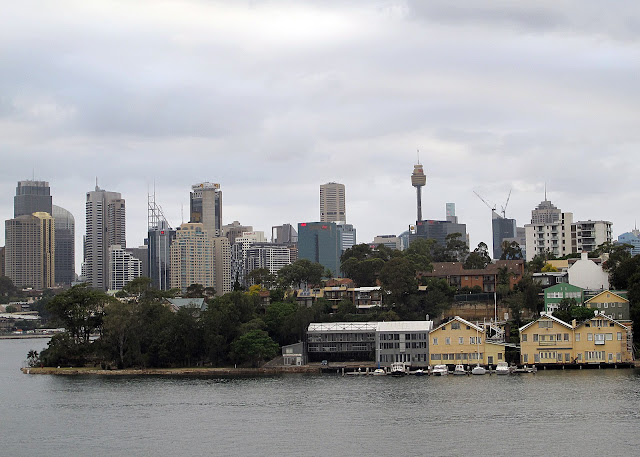 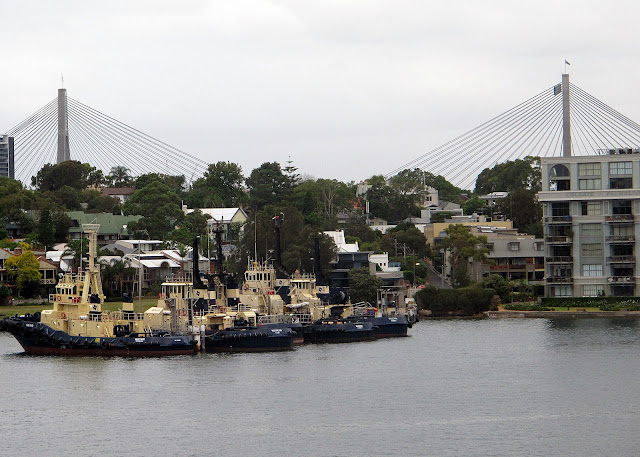 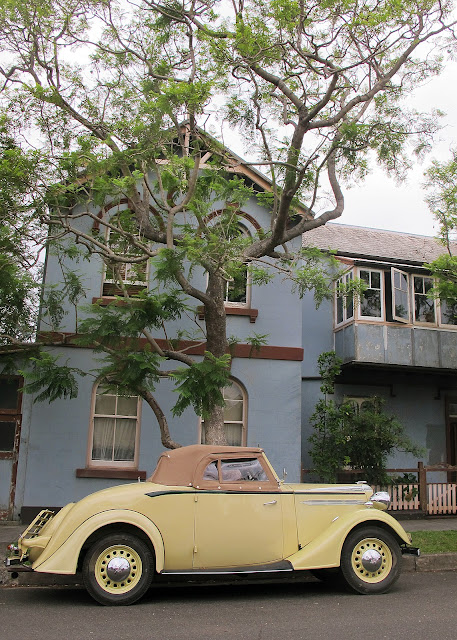 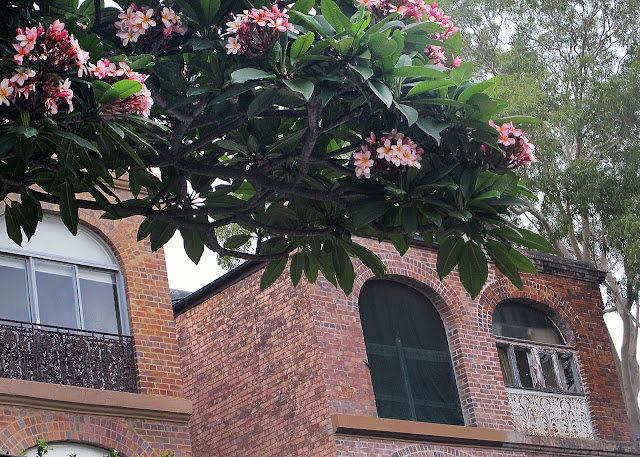 Charlotte Café is the haunt of Birchgrove’s coffee connoisseurs and dog lovers alike.  Parked outside it today is this brave little soldier – and no Mum, I didn’t laugh. 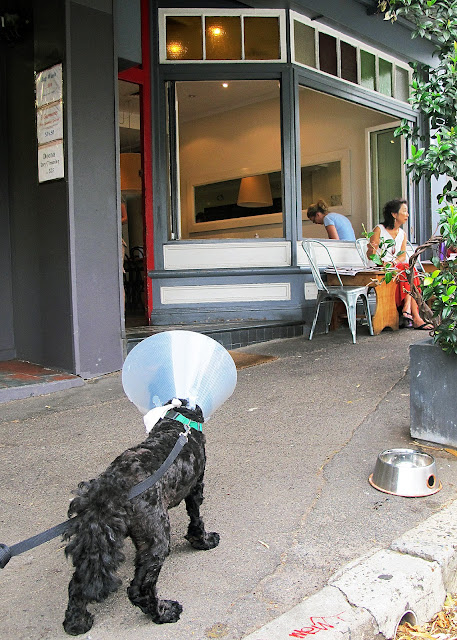