Most universities have finished their academic year by December but I visit the College of the Art's final graduate show of the year for Masters and PhD students. It’s a sedate affair compared to the rowdy undergraduate shows of November (men’s facial hair is back with a vengeance). All the artists appear to be socialising away from their work. I can’t get permission to photograph them but it’s a treat to see the place up close.

The college is housed in a series of neoclassical buildings called the Kirkbride block, built in 1885 for the purpose of a lunatic asylum. Initially it was known for its progressive care of people, providing asylum in the proper sense of the term, although it did see very dark days later on. The block is dominated by a Venetian clock tower and the buildings are made of sandstone quarried from the site. Patients were moved to other buildings nearby in 1994 and the college took possession of Kirkbride in 1996. 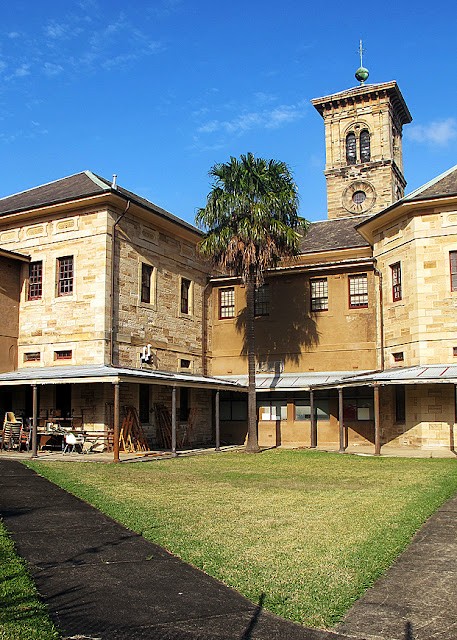 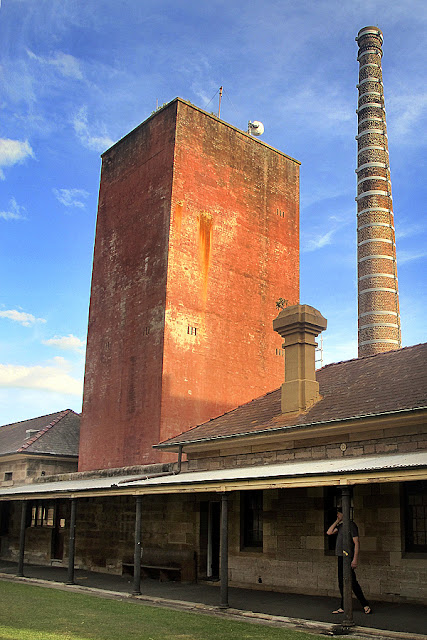 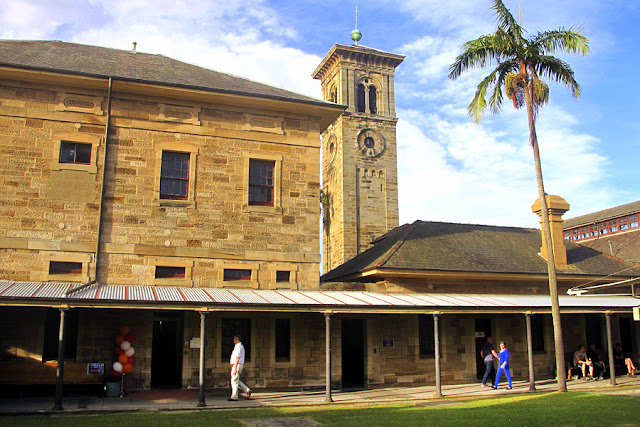 I meet an artist who has agreed to share her story.

Photograph by Joanna Marshall
﻿
Ella moved to the Sydney College of the Arts to undertake Honours in Fine Art, majoring in Photography two years ago. The academic supervisor assigned to her had knowledge working with histories, in particular Australia’s colonial past, probing it for gaps and silences. She encouraged Ella to reflect on this interest in place and history, and examine her surroundings further. This interest in presence, and a feeling of untold stories was developed in her Honours body of work. Working late at night in her studio, the unnerving feeling of a presence led her to investigate the buildings' history further.


She has family links to the place. Her mother had been a social worker when it was a hospital and mentioned to Ella that a relative had possibly been admitted there in the past. Little was known about this piece of family history, so Ella decided to look into it. She accessed mental health records hushed up for decades and discovered that her great great grandfather William Grant had been brought to the Asylum at the turn of last century. To her surprise, she found he had been incarcerated in the same building in which her studio is located, and this is where he died just eight weeks later, aged thirty-six.

Once representatives of the State Mental Health Records were convinced she was related by blood, Ella was given a leather bound journal containing the poignant details that traced William Grant’s admission and brief time at the asylum before his death.
William Grant had lived in Redfern on Redfern Street with his wife and three children. Medical records indicated his condition had been caused by an accident on a horse four years prior to his admission, when he had fallen unconscious after striking his head. After this he suffered debilitating headaches and vomiting. His condition seemingly deteriorated and he became suicidal.

In 1903 his wife Rachael, possibly out of desperation, took him to Callan Park after he had attempted suicide by cutting his neck with a carving knife. William Grant stated that some urge within him had made him do it, and he was certified insane by the hospital superintendent. They treated him with iodine of potash and bromide of potassium in order to sedate him and he was placed in the acute ward.


In its early days, Callan Park had a fine reputation, admired around the world for its forward thinking on the treatment of mental illness. However, by 1903 it had become seriously overcrowded and conditions had declined. The asylum was in the process of becoming a place of confinement instead of being curative.
Following his incarceration, hand written medical documents recorded William’s suffering:


This is a rather undersized man with brown hair and blue eyes. He is very sullen and struggles violently when restrained. He cries out incessantly……(when) taken out in his carriage or removed from the asylum.

He is impatient of control: He is very emotional – at one moment laughing heartily at another with tears in his eyes - at another shouting out angrily.
A few weeks later William's health had deteriorated: ‘his voice has become more blurred and he is still very noisy and destructive.’ Days later he was ‘losing flesh rapidly’ and ‘very debilitated, running downhill, pulse feeble.’ Shortly after this, he was dead with a diagnosis of general paralysis of the insane. No further documents were written about William.
As Ella notes, her great great grandfather’s decline and early death was one of many. In the process of her research, Ella discovered 1,228 people had died in a neighbouring asylum in Gladesville between 1838 and 1893. They lie buried there in unmarked graves.
The haunting photographic work arising from this research in Ella’s words:

interprets the lingering presence in the spaces of the former Lunatic Asylums. Space is like a receptive membrane; walls retain memories and resonate with energies of the past. Within the structure of this building, echoes and residues of the past remain. The challenge of my project has been how to portray these experiences, how to capture the soul of the space.
Ella is currently a postgraduate research student at the Sydney College of the Arts. To view Ella’s work, go to: http://ellacondon.com/w/embodied-space 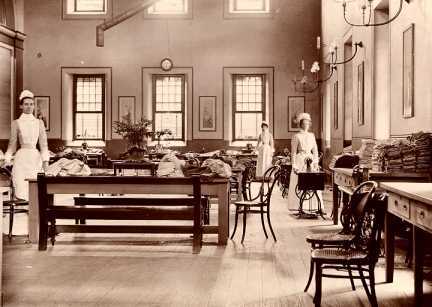 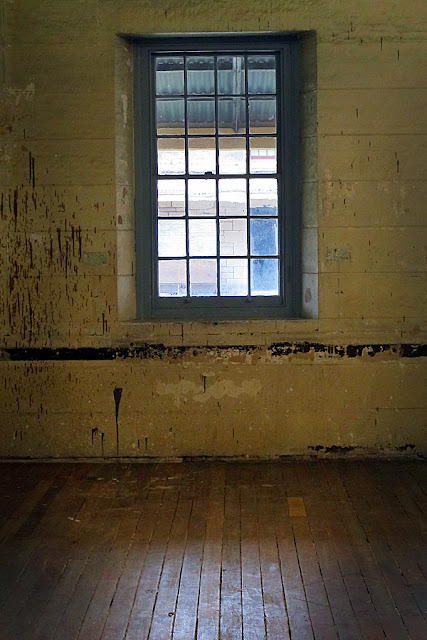 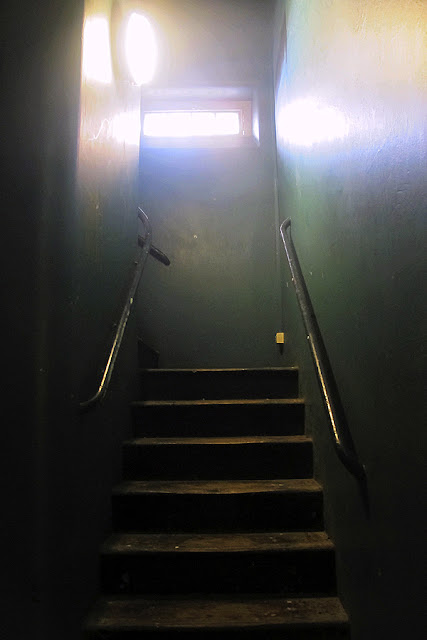 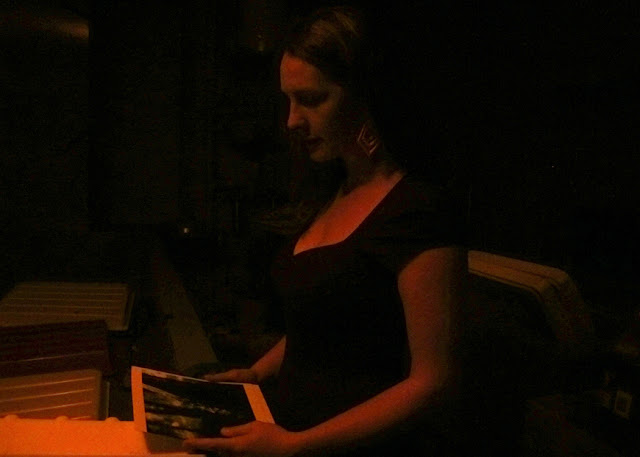 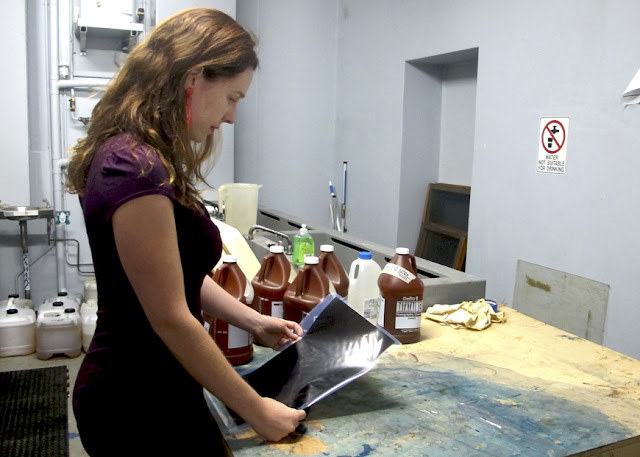 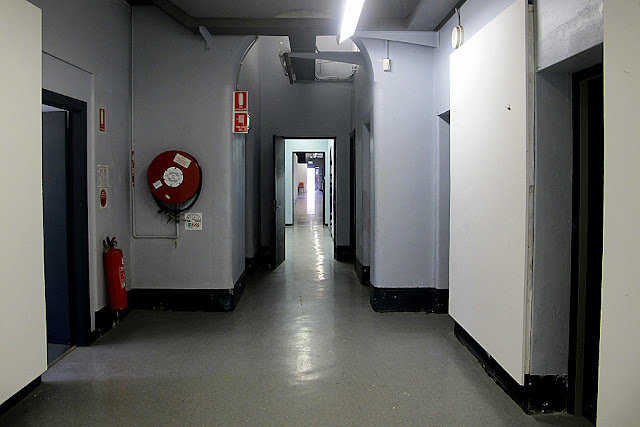 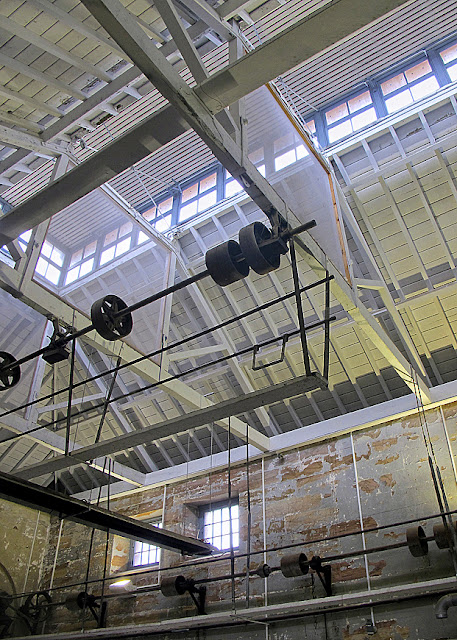 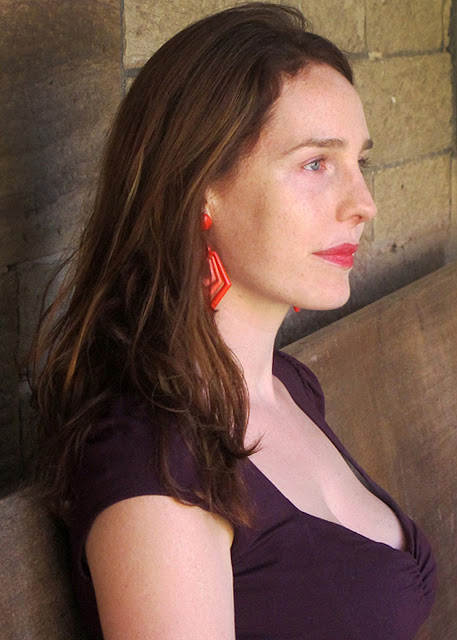