We arrive at Bondi early to cover this first event of our blog and it’s not looking good. We loiter in the car with our takeaway coffees like big wimps. Although the rain quickly eases, there’s a chill wind and conditions look tough. 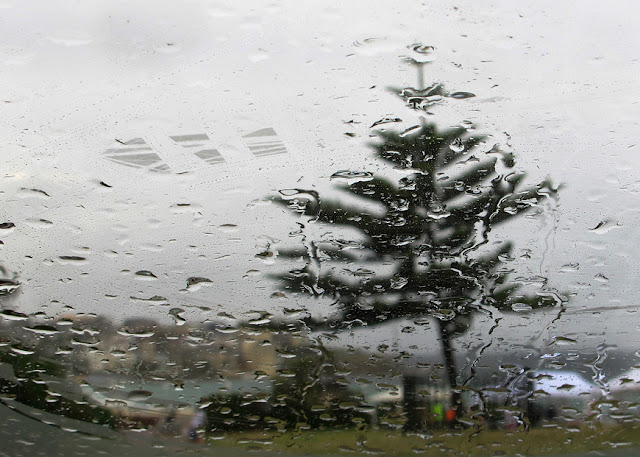 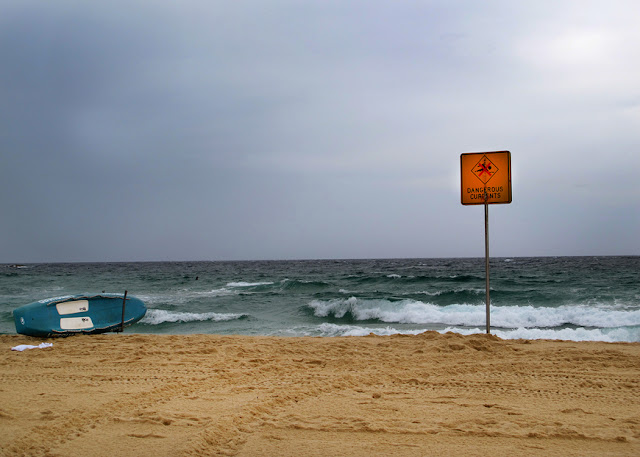 At the race entry tents, participants and onlookers arrive in dribs and drabs. Jeb, Sam and Tim have come from the Blue Mountains. It’s Jeb and his father Tim’s first Bondi to Bronte and they’ve been training for it at the local outdoor pool for months. 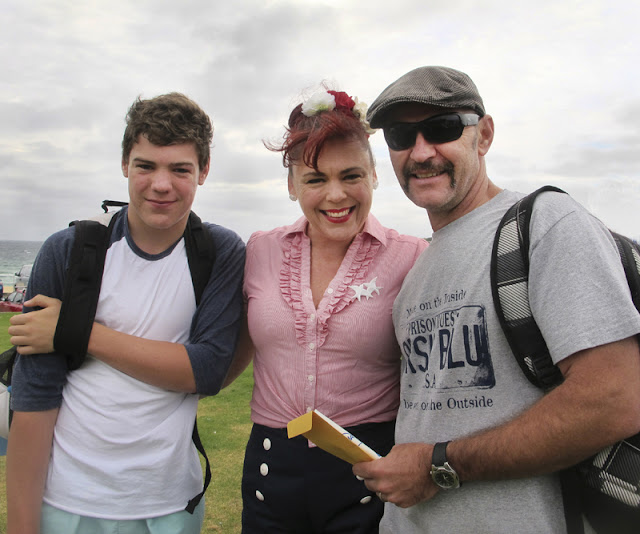 Nippers Thomas, Hugh and their dad John are here to take a look. 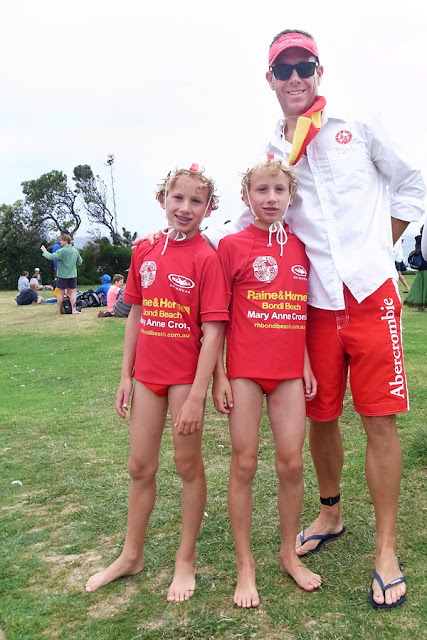 Back near the start of the race, Teddy Clifford and Paul Johnston brief the water safety crew. 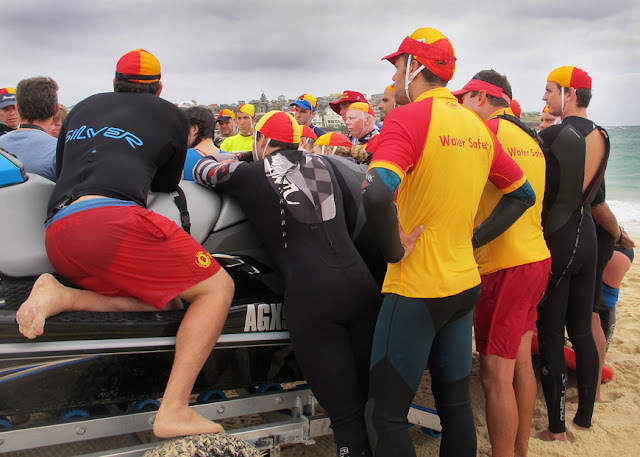 Race originator Graham Ford is on the loudspeaker announcing conditions: water and air temperature are an identical 19 degrees, there’s a bit of east and a few blueys (bluebottles) around. Wetsuits are allowed for the first time following the hypothermia suffered by some contestants last year. Graham adds the instruction: ‘arm up for assistance’ almost as an afterthought. 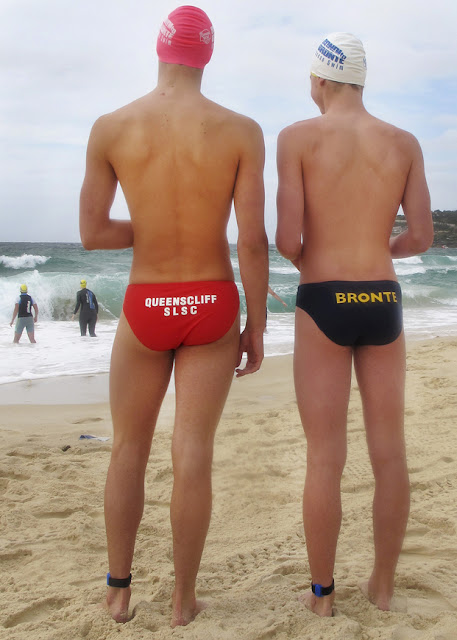 Over 1300 people of all ages participate in this year’s event. They come from all over Sydney and some from further afield: Lorne, Mooloolaba, Nowra Culburra, even a couple of Brits. The Elite category in their hot pink caps are first to start at 9.30ish (after we wait for the tardy live cross to Channel 10). The races are staggered over a further eight categories. Largest are the group in yellow caps for 50 plus and families. 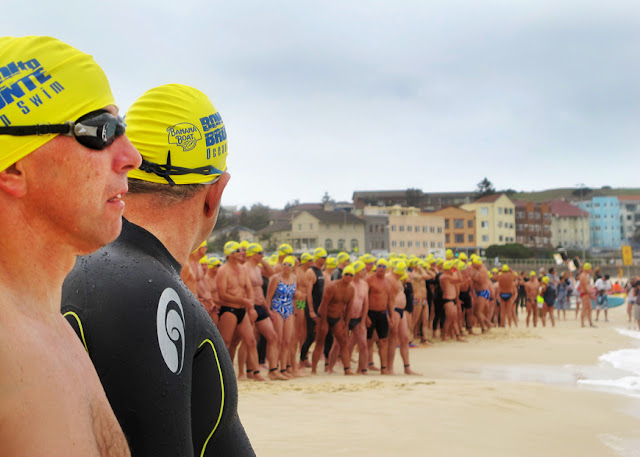 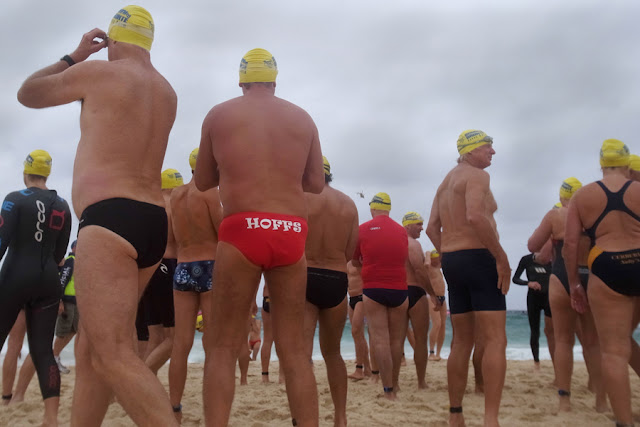 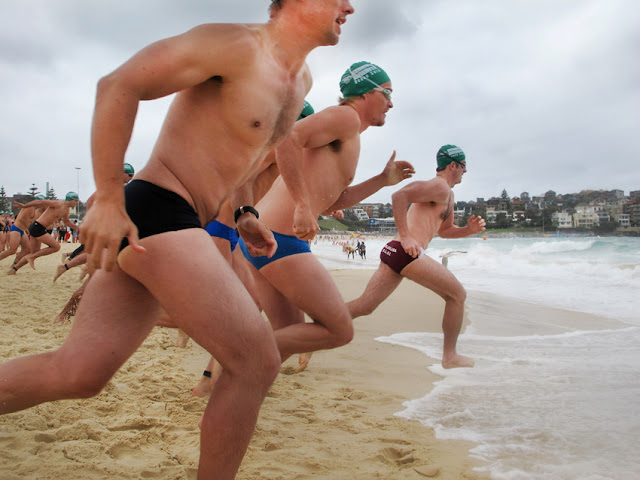 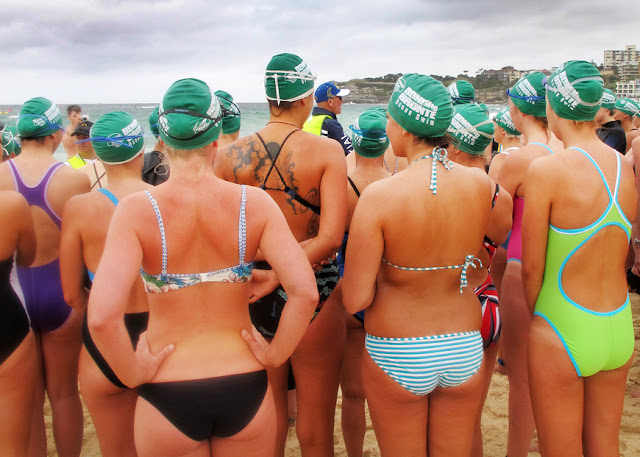 And off they all bolt, towards the first of ten hot pink witch hat markers that guide their 2.4 kilometre swim out to sea, past McKenzie’s point at the headland and Tamarama beach, then on to the small but tricky little beach of Bronte. 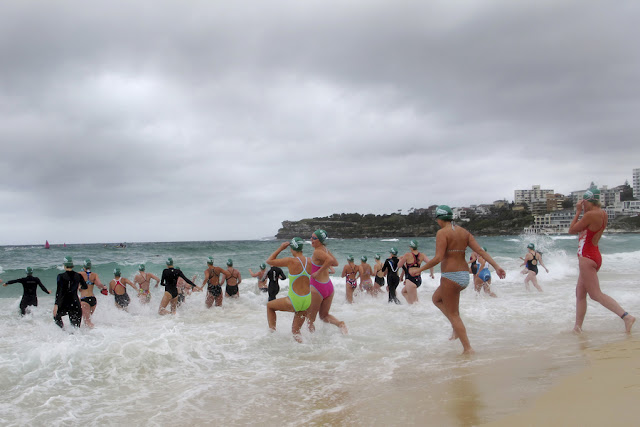 Of course not everybody’s interested. We spy a dreamer playing in the sand and in the corner of a café on the esplanade sits Dorothy, aged 83, down for her daily constitutional and 11am pick me up. 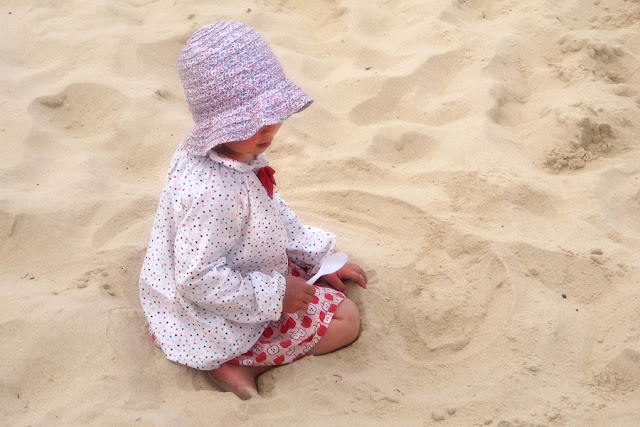 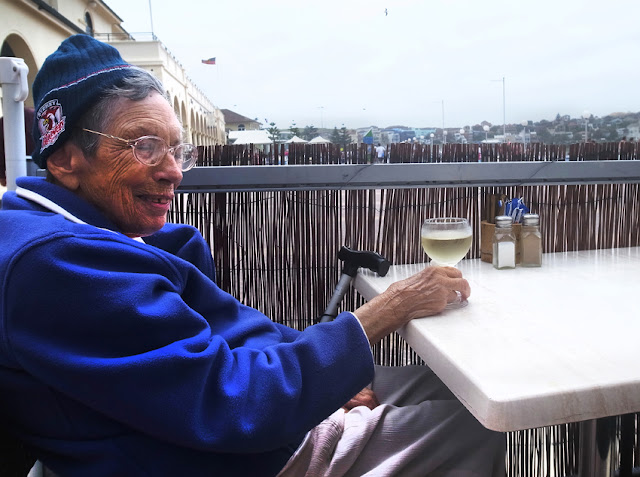