A weirdly wonderful adventure at The Rocks

For three Friday nights prior to Christmas a quirky festival called Village Bizarre took place in the laneways at the Rocks. In place of thugs who once preyed on drunken sailors were curious performers, eccentric characters, open air markets, musicians, street food and other amusements. There was ping pong, a puppet show and silent disco. White rabbit masks were handed out to be worn at rabbit only drink venues. Jazz and burlesque stars by turns belted out their torch songs and related intimate stories.


The last Friday evening before Christmas had a celebratory air. Many had just finished their work for the year and schools had closed two days prior. I’m sure I wasn’t the only one to have that luxurious sense of release knowing that my holidays were now stretched out before me and I could indulge in pleasure. 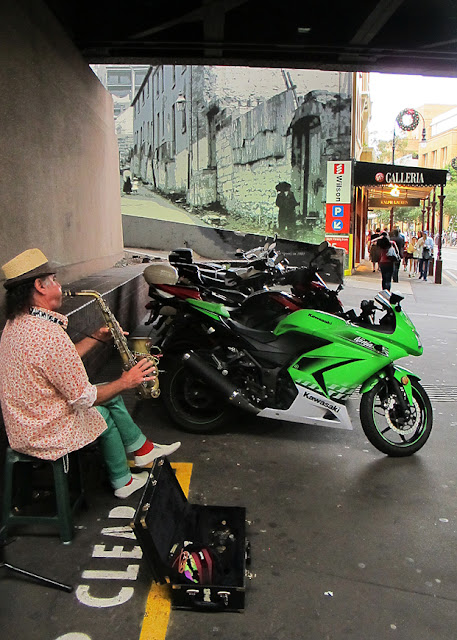 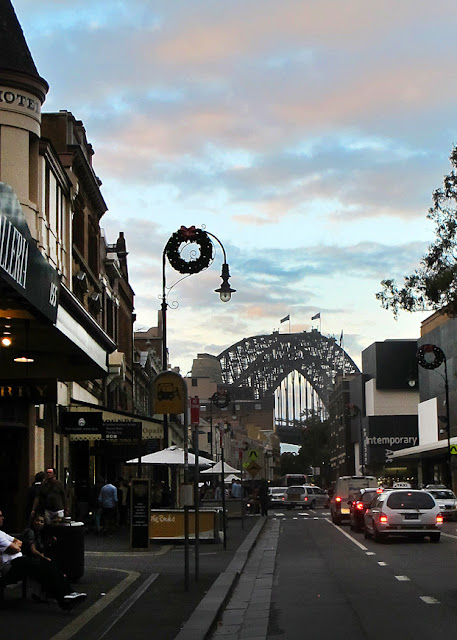 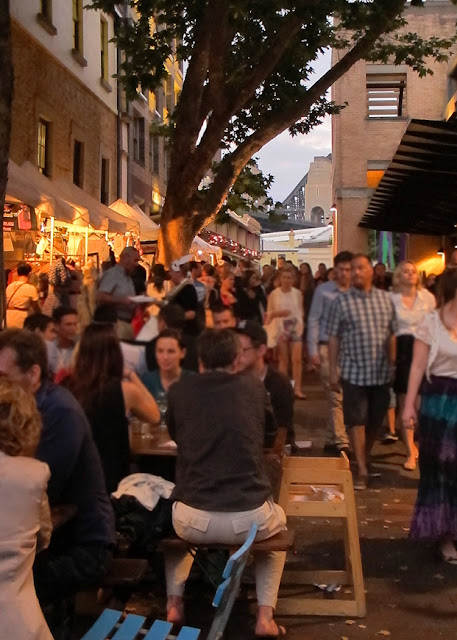 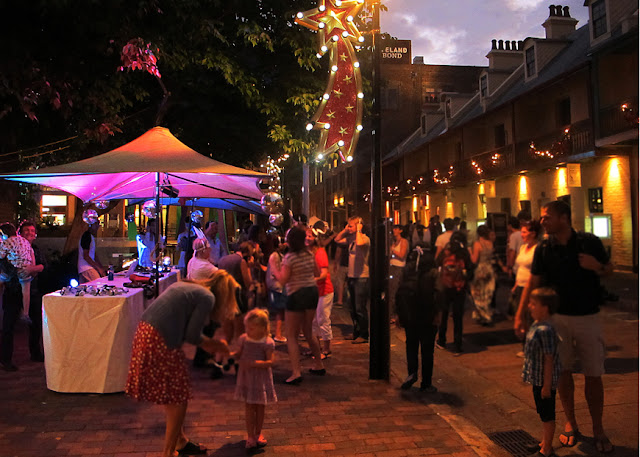 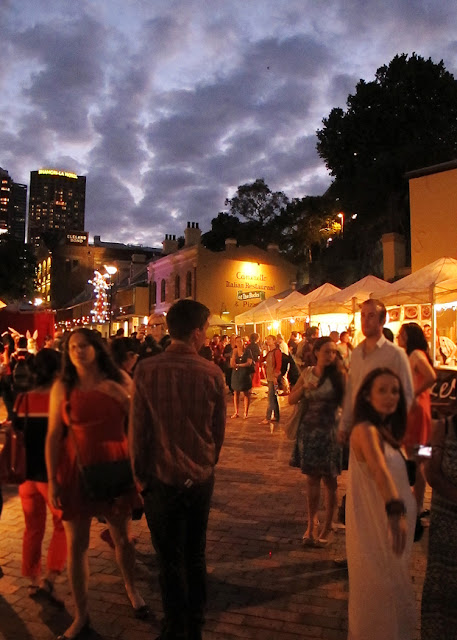 And here is a man who knew his hula hoops. After watching lame male attempts at The Friend in Hand, I was heartened to see Ben and a few others strutting their stuff –a big thank you to Ben’s hippy mum! 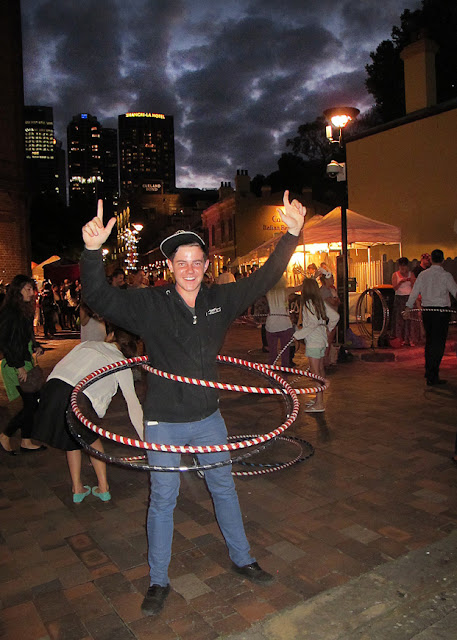 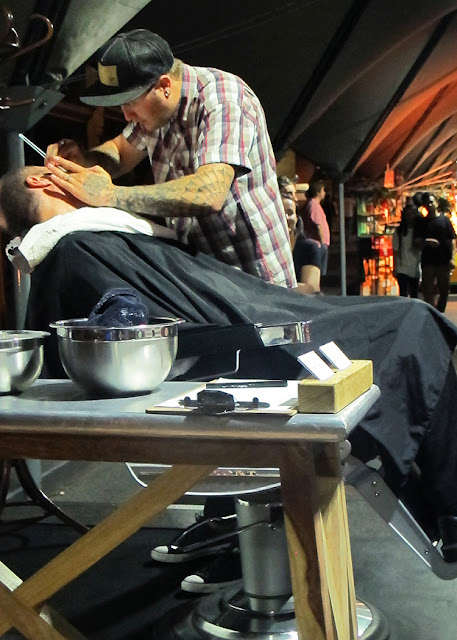 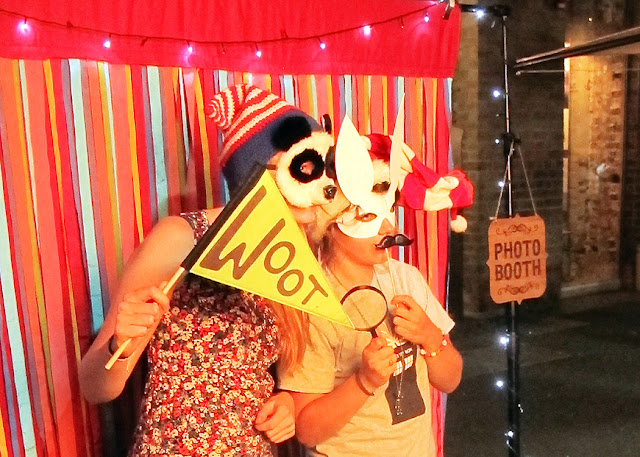 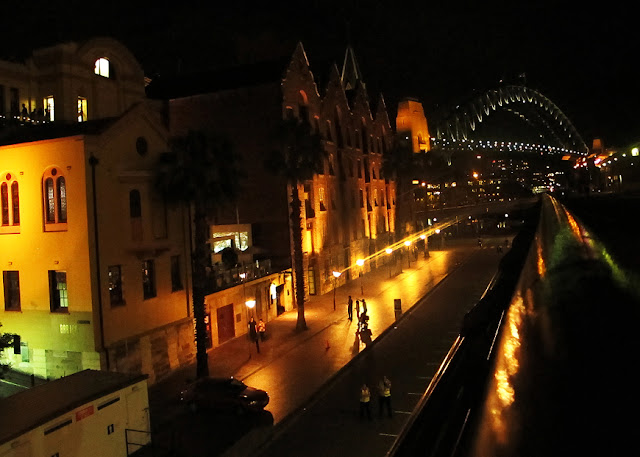 On my way to the ferry I walked past an enormous liner docked in the harbour. From the viewing platform I peered into the layers of portholes revealing people eating their dinner. The evening felt a little surreal. 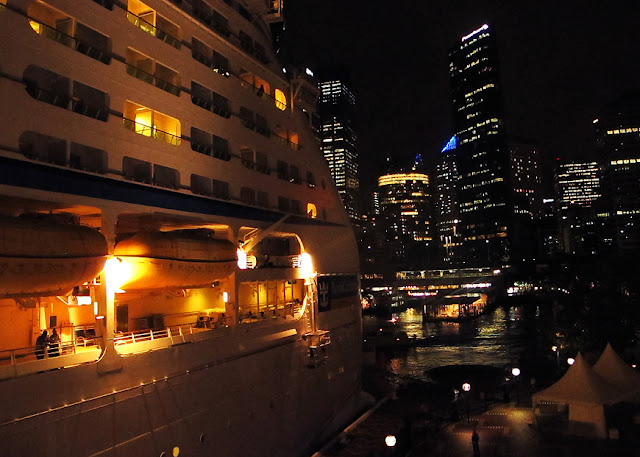