My brush with Russell Crowe

While in town I noticed this sign at the State Theatre. I wandered in for a quick photo opportunity as it’s one of my favourite buildings in Sydney. There were people running around and a bloke told me they were preparing for that night’s opening. I thought no more of it and left. 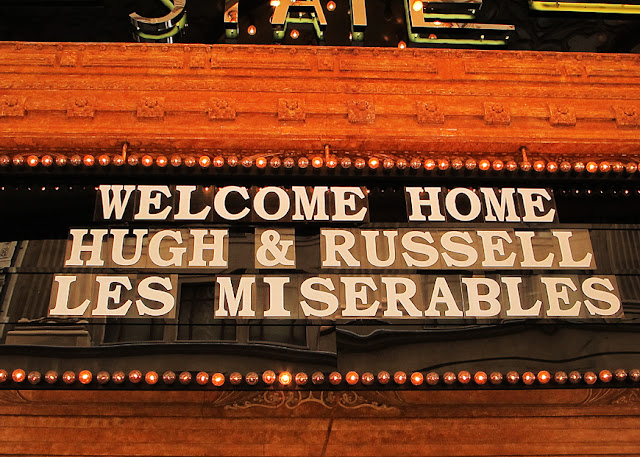 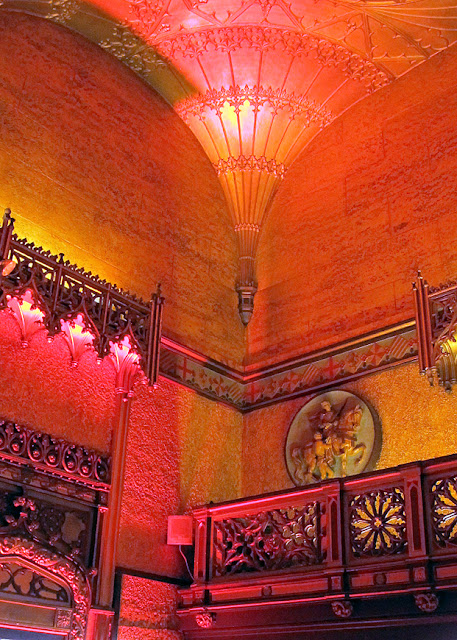 Later, while walking over the suspension bridge at Westfield, I noticed them rolling out the red carpet down the length of Pitt Street Mall. In spite of the filthy glass walls the bridge provided a good bird’s eye view. So from then on I kept popping back to check things out. It was interesting to watch events unfurl and be afforded both a front and back-end view of proceedings.

A slew of minor celebrities sashayed down the carpet. They were interviewed by Kerri-Anne Kennerly on the stage directly below the bridge. Each time a new celebrity arrived they’d first be ushered to a spot for photographs by an organiser wearing black with sensible shoes. While this occurred (and it could take ages) the guests behind would be re-routed. This denied them the chance to walk down the carpet hot spot where the paparazzi and hulking camera lurked. Their faces often fell while being steered to this alternative route. 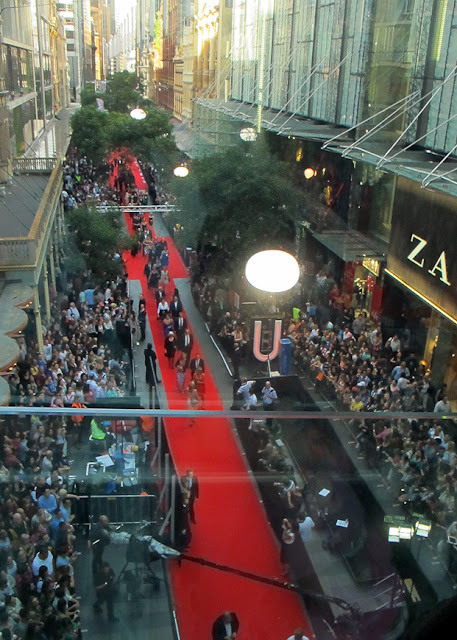 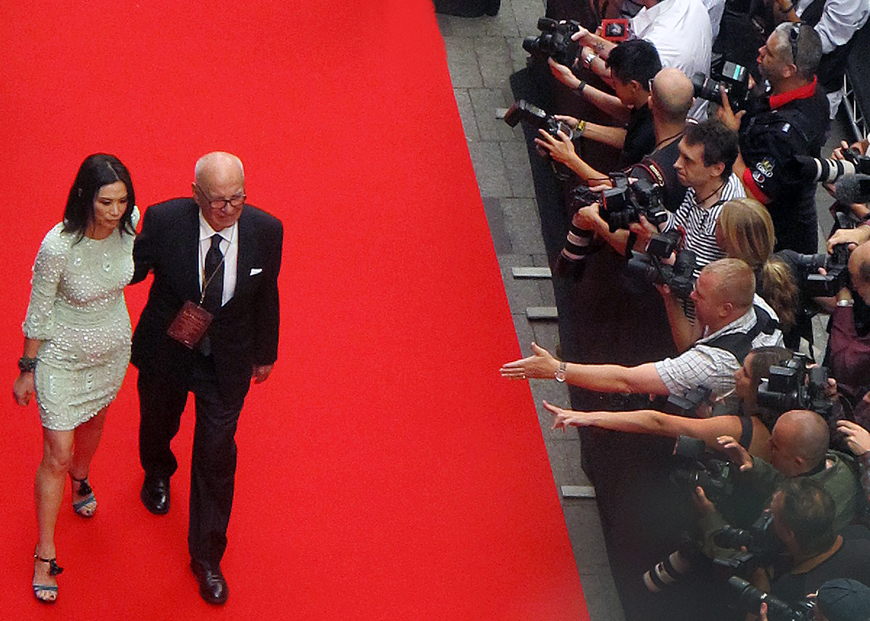 Finally it was Russell and Hugh's turn and boy did they take their time! There was lots of malingering and mucking about with reporters and spectators until they came within cooee of my camera. 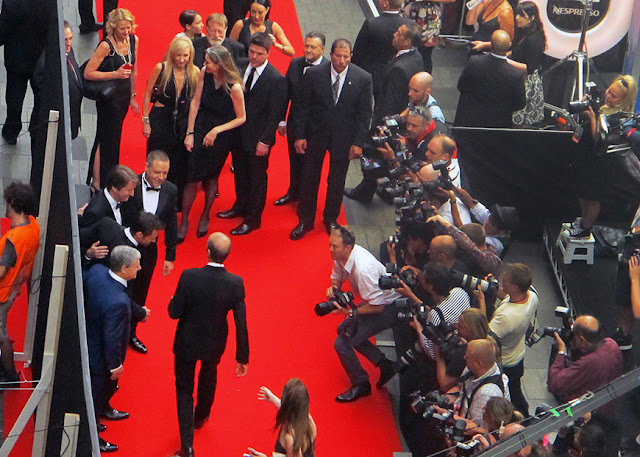 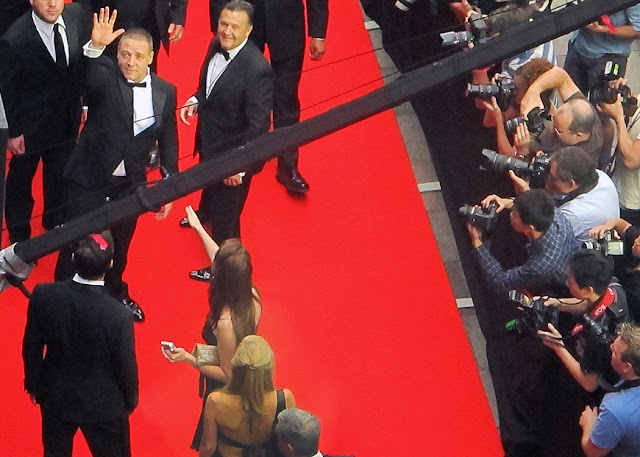 Then we had the moment.  Russell looked up at me and waved. This was code of course, for ‘meet me at the usual after this.’ 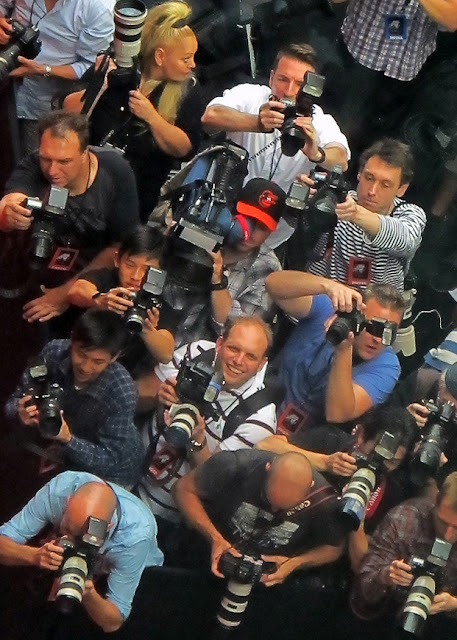 Alas a member of the paparazzi was on to us. 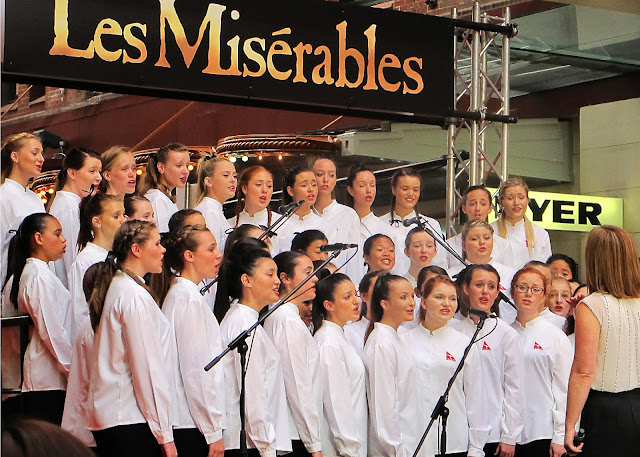 Knowing it was too risky to do anything else, I headed home to the strains of the Qantas choir’s rendition of ‘I had a dream.’
Posted by Unknown at 04:07