It’s 5.30 am, I’ve reached the car park and I’ve never seen so much dawn in my life. I’m participating in the annual early morning trek for Christmas crustaceans. The traffic gridlock has started and the real early birds are already escaping, eskys and boxes of oysters in tow. People are queuing outside Doyles, De Costi’s and Musemeci’s. 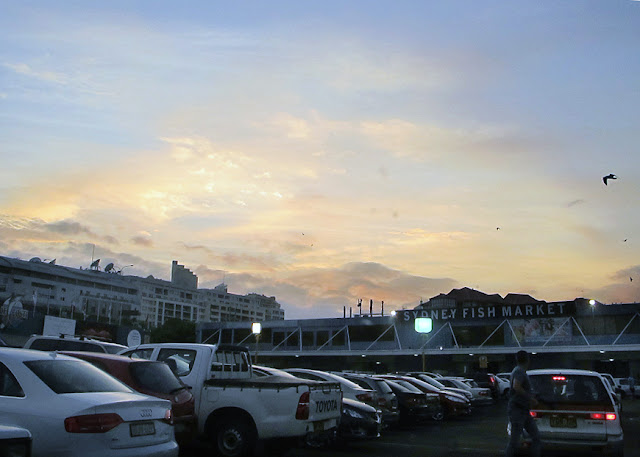 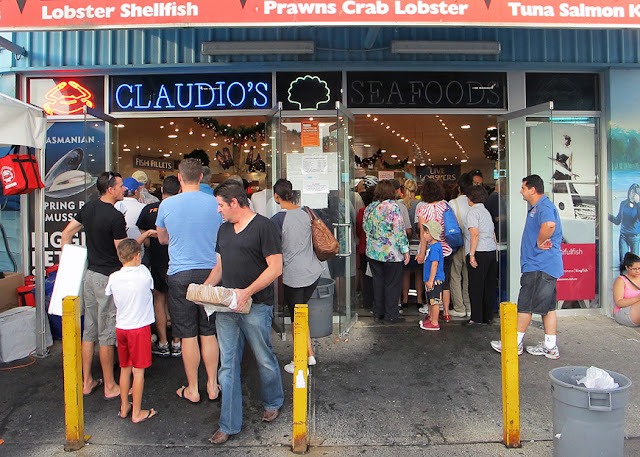 In Claudio’s a camera crew are in the thick of it, filming the throngs from behind the counter that are five to six people deep. 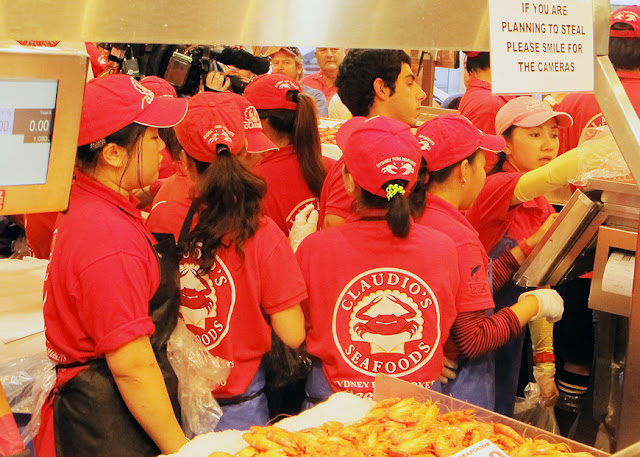 A sound man burdened with heavy equipment tells a shopper: “Sorry mate, I can’t move any further - just think about me as a roundabout.” 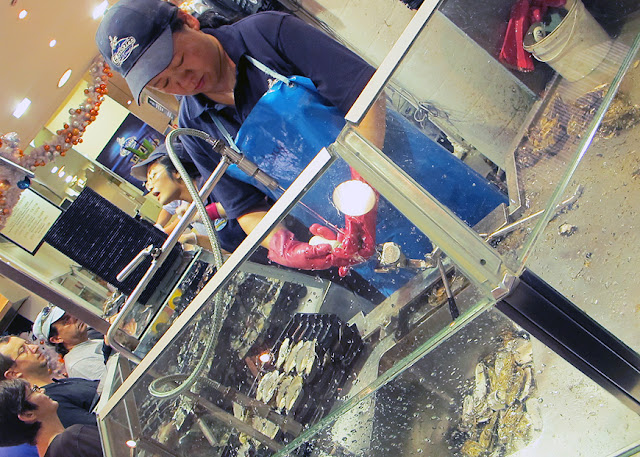 I watch a woman shucking oysters. She deftly completes each procedure in seconds. 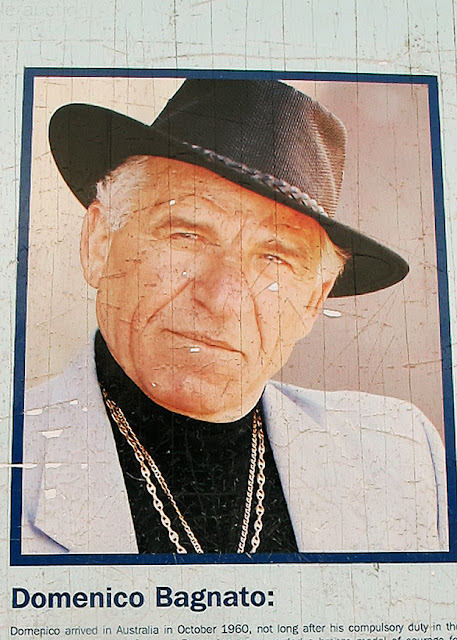 Feeling claustrophobic, I head for the old fishing fleet on the water. These boats are still largely owned by Italian fishermen of Calabrian origin who arrived in Australia in the fifties and sixties. For once I have time to take in the information about them featured on a noticeboard.


By the time the markets opened here in 1966, the Bagnatos dominated the fishing fleet. There are men such as Domenico Bagnato who came in 1960 after taking part in Rome’s Olympic Games. After a long, sometimes treacherous career at sea, Domenico handed on his third and last trawler, the Kirrawa to his son Diego. 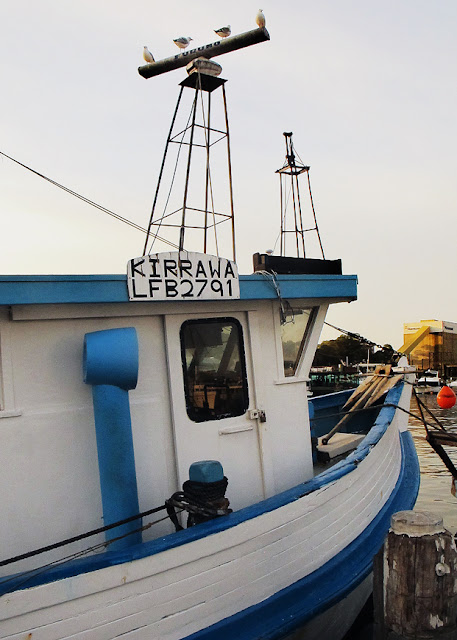 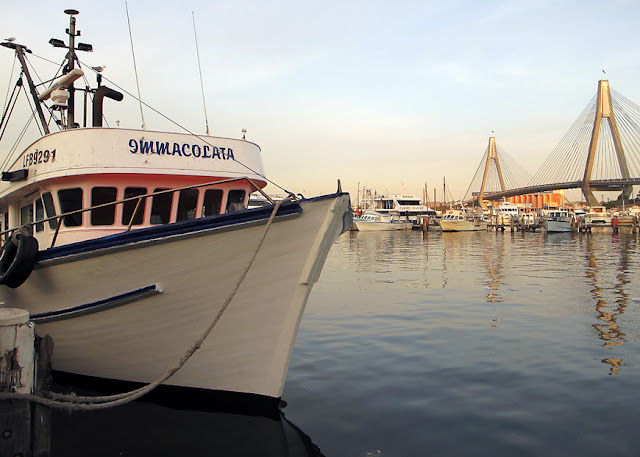 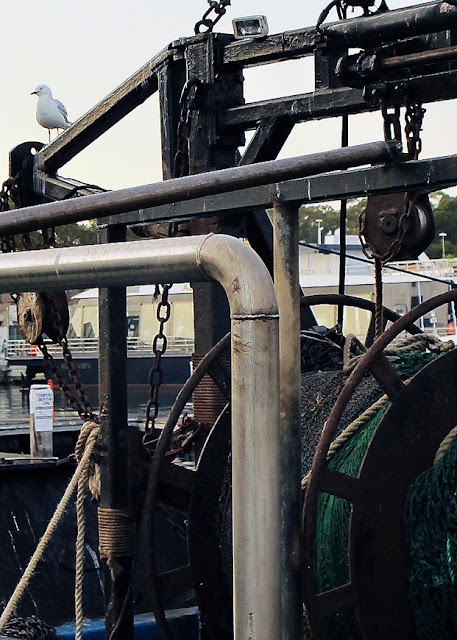 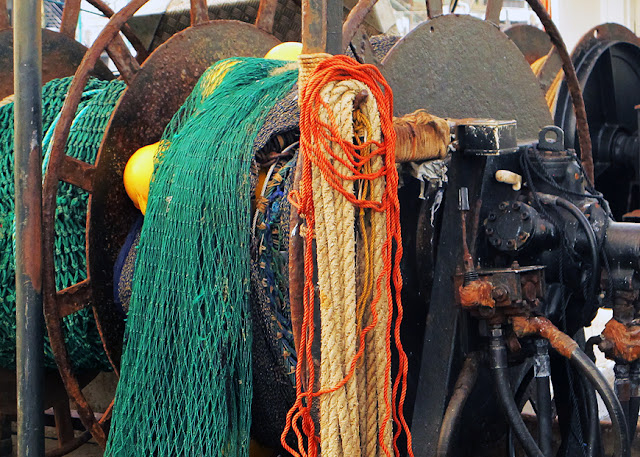 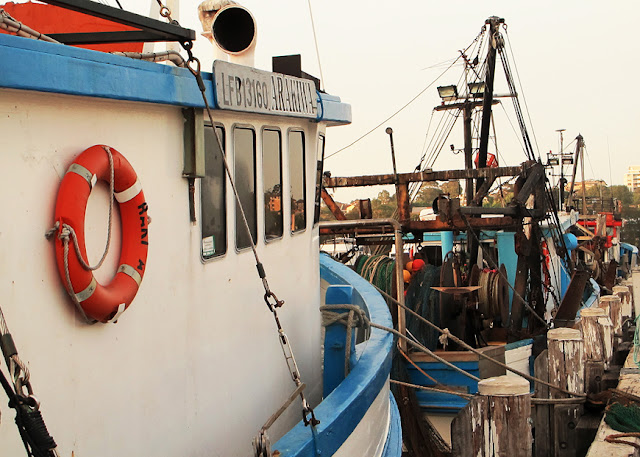 Looking out across the bay, I notice a steady stream of small craft, outboard motors, rubber dinghies, coming in to moor. It’s a civilised way to get your fish. This family have come from West Ryde.... 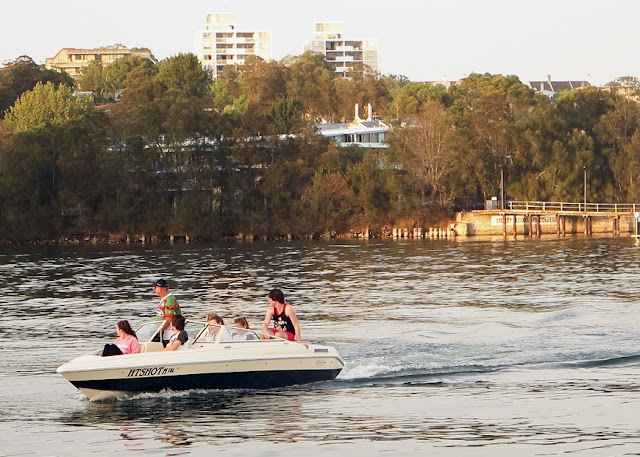 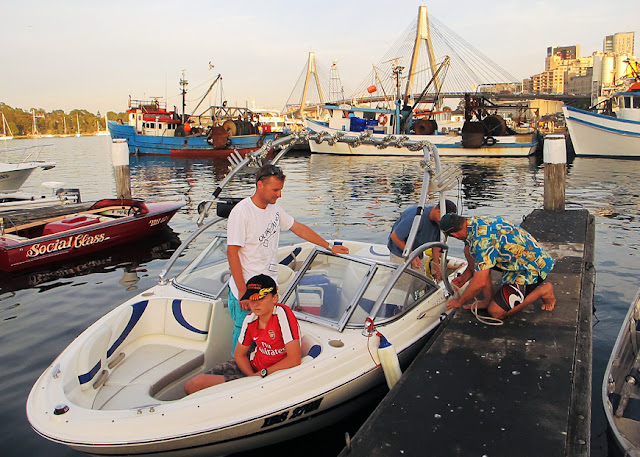 this family from Ermington. 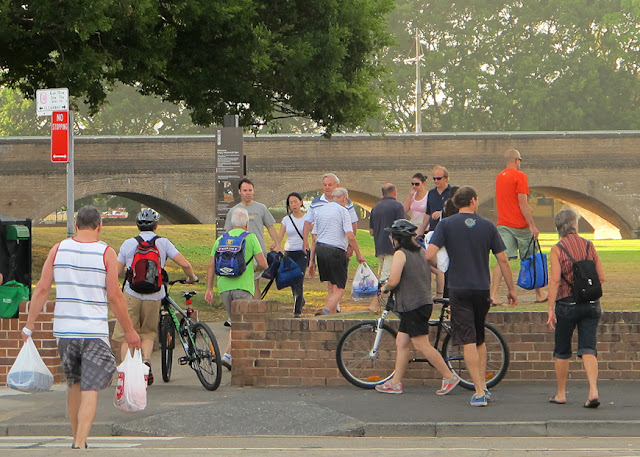 Walkers and bike riders come in from the city or Glebe. 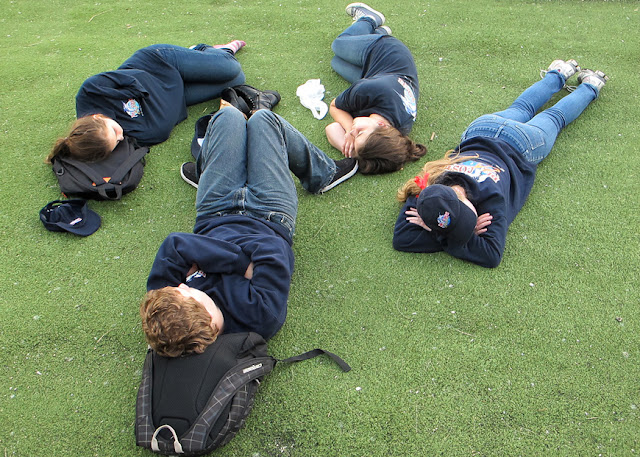 It’s likely these workers have been here since 5 am the previous day as the market has gone into a 36 hour trading frenzy to cater for demand.
Tempers are fraying. A security man confides to me he’s had to sort out a fight between two men who gut fish. One had just thrown his staggeringly large and sharp knife at his fellow worker, narrowly missing his body. ‘We would have been talking murder’, he mutters ominously. 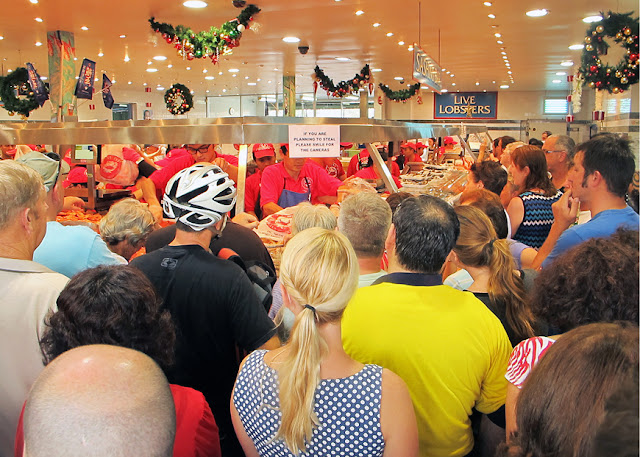 Back in the market, the prawns dominate. There are mountains of medium, large to jumbo sized Crystal Bays, Black Tigers, King Prawns and Queensland Green Kings. My neighbour in the queue  confidently orders from a long list. He recommends the medium black tigers as he says they're equal quality to the king sized, yet cheaper. He adds they also make a bigger splash on the table. I go for them. 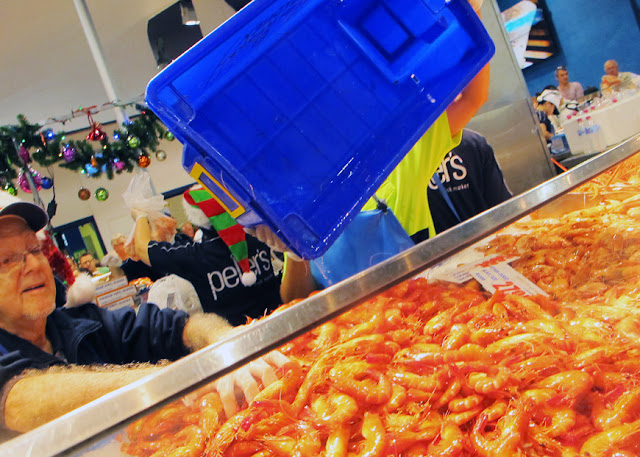 The man who serves me tells me he’s just sold a large tub of these in the last ten minutes. 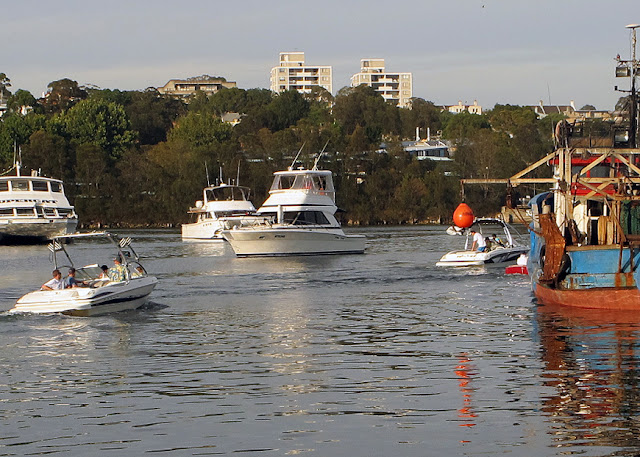 I head back to the car for an hour of waiting in gridlock and look back enviously at the boats heading for a hassle free journey home.
Posted by Unknown at 16:07