Blokes, cars and a story about the Holden Kingswood, Australia Day

Every Australia Day, College and Macquarie Streets in central Sydney are closed to traffic to make way for some serious pieces of machinery. Vintage and exotic cars of every era from all over Sydney and beyond arrive and line up for inspection.


The cars are polished to a high gloss finish. They bear stickers from their affiliated clubs: Coogee for Chevrolets, Oatley for Morris Minors, Menai for Holdens, Roselands for Valiants. Some are plastered with jokes such as: ‘Mother-in-law in boot’ or: ‘If you don’t run your hands over my Hudson I won’t run my Hudson over your hands!’ 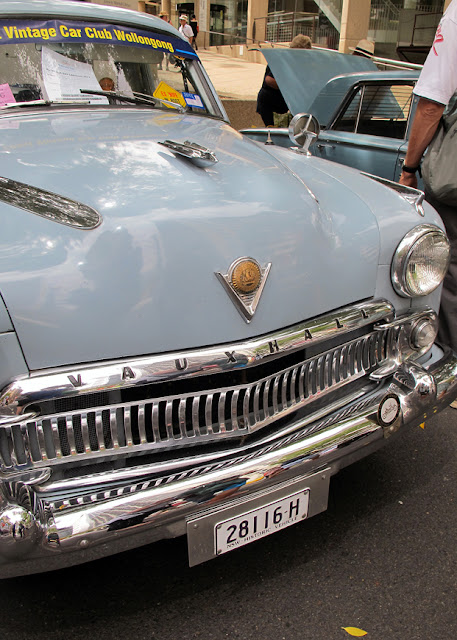 Owners sit behind their vehicles in their deckchairs and wait to be approached. They will oblige an enthusiast by opening the car bonnet for a view of the engine. The enthusiast will then bend over to inspect it nice and close. Serious talk will ensue, arms crossed, akimbo, or folded neatly behind. Sometimes their women join them and lay out picnics on makeshift tables. 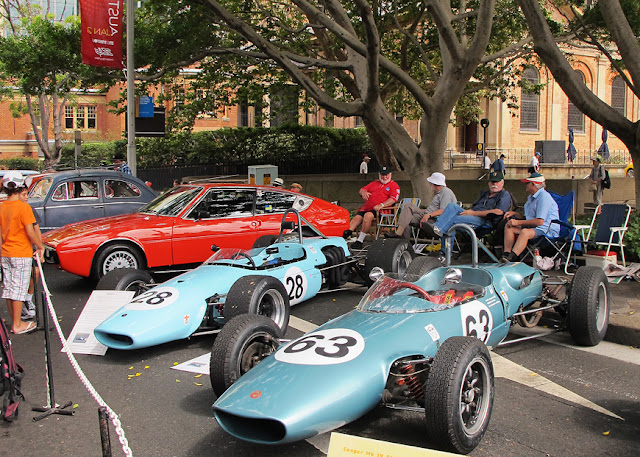 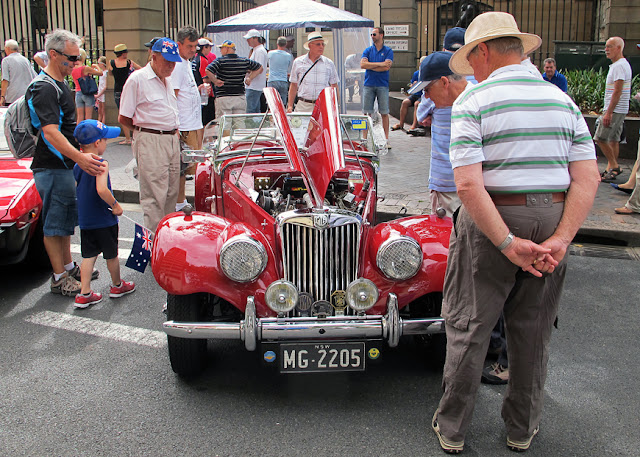 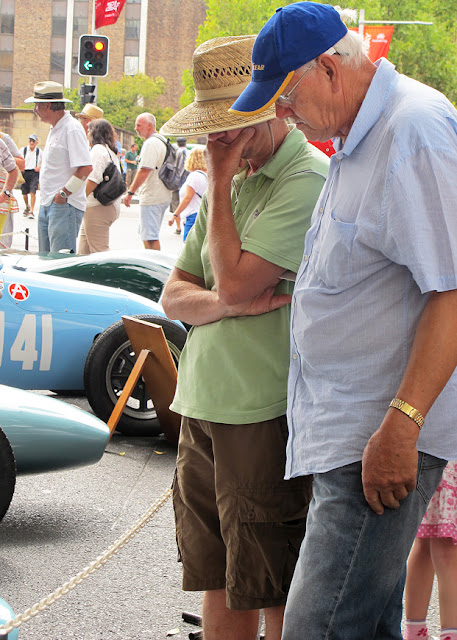 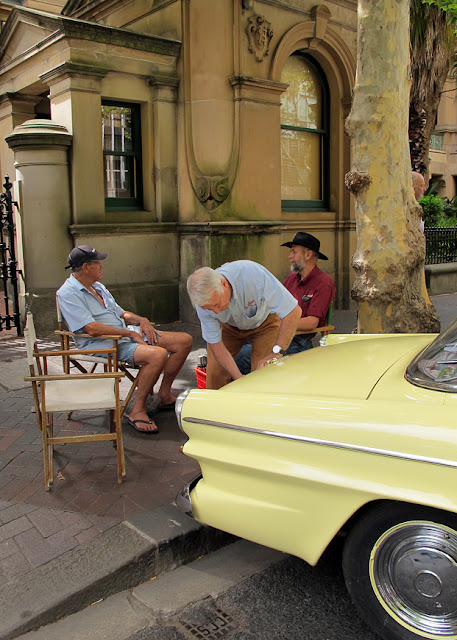 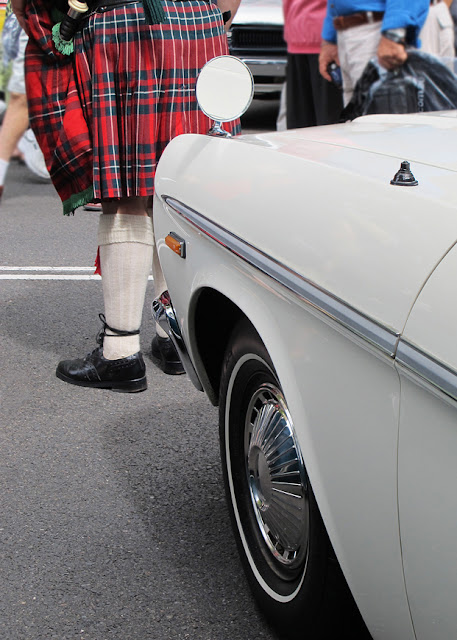 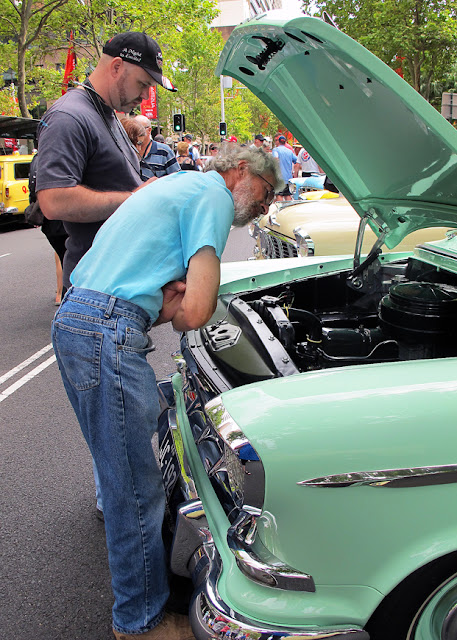 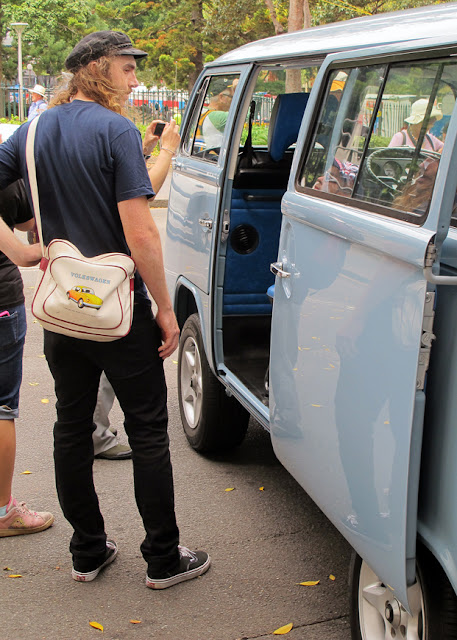 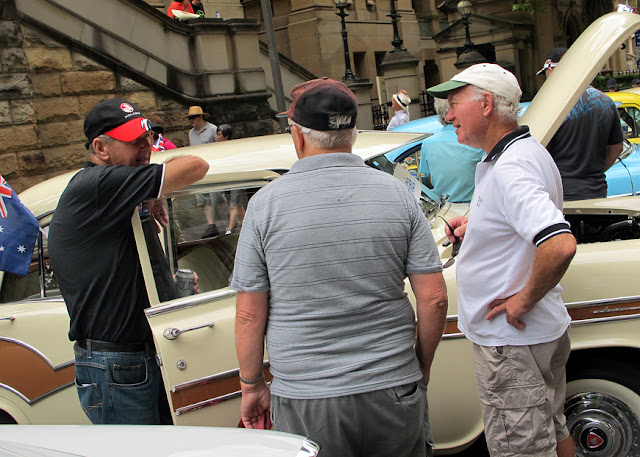 I watch son Brian and father John linger over a Holden Kingswood. They have a good story they agree to share. 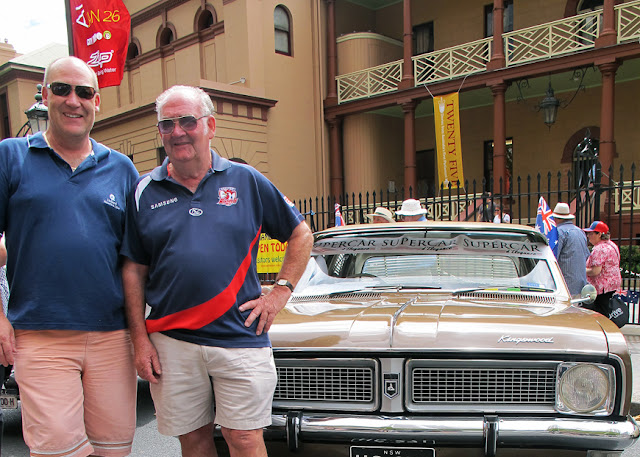 John used to be a spray painter and smash repairer and helped raise his kids from the proceeds of doing up cars then selling them on. One day he came across a Holden Kingswood and was told it was a write off. Undeterred, John took it on. He can remember his daughter was a babe in arms at the time and he minded her while doing the repairs. John and his son Brian confer over the date –two years after Cyclone Tracey, Brian was in Year 9 at Leura School, so this makes it 1974.
Brian reminds me back in those days it wasn’t a matter of ordering another spare part as they weren’t available. Inventiveness was therefore required to repair them from scratch or if beyond repair the part would have to be sourced from the wrecker’s yards.
Well John was old school perfectionist. When his Holden Kingswood was finished, people’s jaws dropped. This Holden was the cleanest shiniest white Brian had ever seen. He said it was whiter than white, it was Captain white.  John had made the car look better than when it had rolled off the production line.
Heads turned when John took his family out for a drive in it the very next Sunday. He bought them all ice creams and chips. It was hunky dory for a little while, ‘til those ice creams began to drip and the greasy kiddy fingers started to fingerprint the Holden’s perfectly buffed surfaces. This caused John a great deal of angst and by the time they got home, John thought to himself: “Bugger it! I’ll put the car up for sale tomorrow morning.” Why? Because he didn’t want a car that made him feel like yelling at the kids every time they made a mark.
So up for sale it went. A bloke from Lithgow rang. ‘Is it as good as it says in the ad?” He asked. John suggested he make the trip to look for himself. Well the man from Lithgow came around the corner and his draw dropped like all the others. ‘Is that it?’ He asked? “Mate, I don’t want to touch it. I’ll go to the bank now and pay you right away.” He did and off went the Holden. It broke the family’s hearts, especially Brian’s. He remembers retrieving the little white lion with bobbing head that sat on the back seat. He kept ‘til it fell apart. 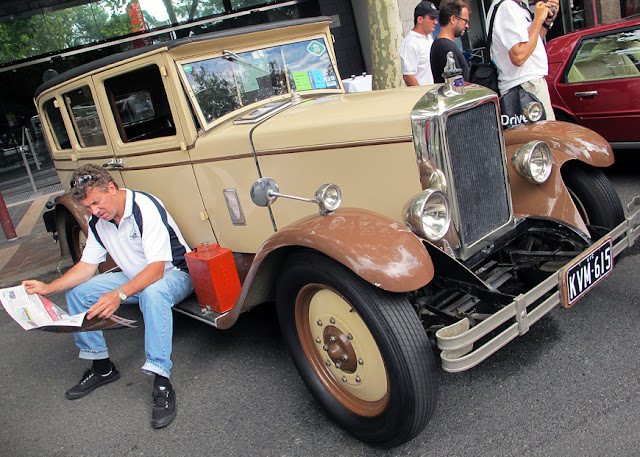 This former Daimler used to belong to King George VI. 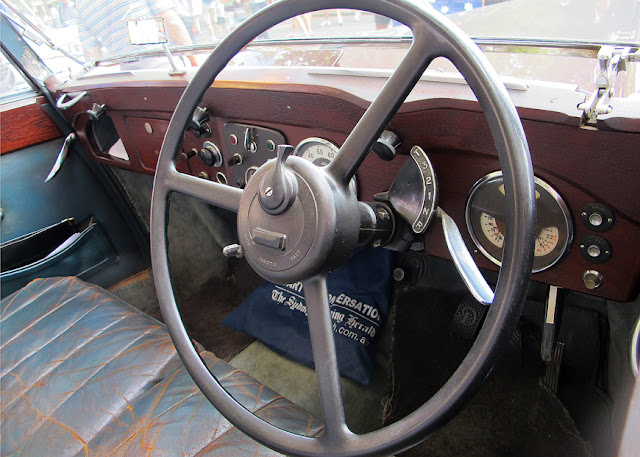 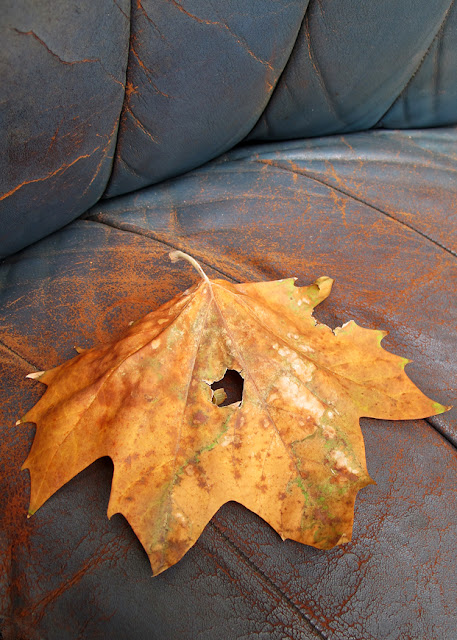 A couple of Cadillac lovers. 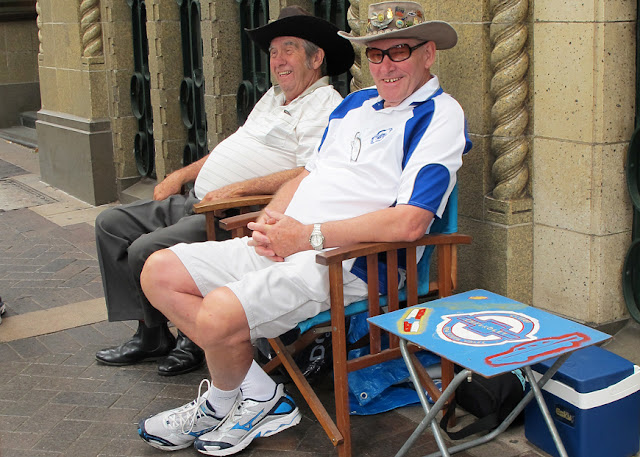 Patiently waiting for her man. 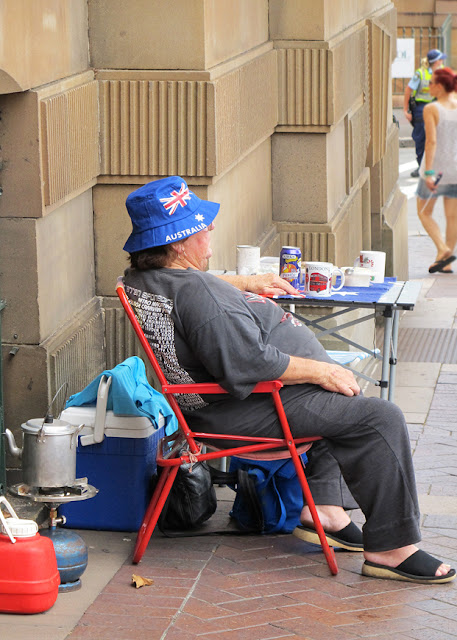 So if you want to see blokes earnestly chewing the fat, reminiscing, or standing in silent yet rapt attention, then come along next year.
Posted by Unknown at 18:27