Many years ago while coming in to Sydney by plane, I flew over spectacular sandstone cliffs buffeted by ocean waves. I could see the white frothy peaks as the waves crashed against the shore and wondered where the hell this was. Much later I discovered the cliffs are part of the Pacific ocean rim of the Royal National Park. Established in 1879, it's the world's second oldest national park after Yellowstone. 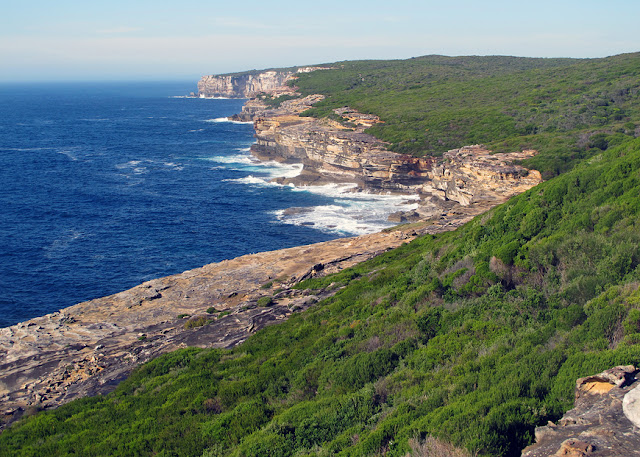 The coastal walk stretches 26 kilometres from Bundeena to Otford, although shorter walks will still get you to some spectacular beaches. This group from the Czech Republic (and one gent from Texas) are doing some of the walk today. It's just after 9 am They've just come off the ferry and the sun is already blazing down. 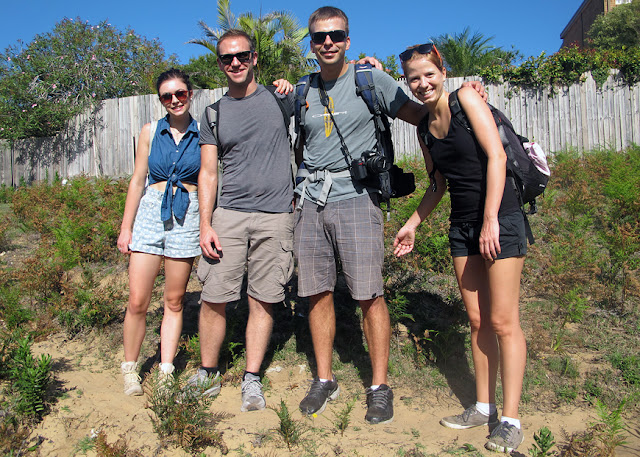 Initially you pass through forests of Angophoras with their humaneque trunks. 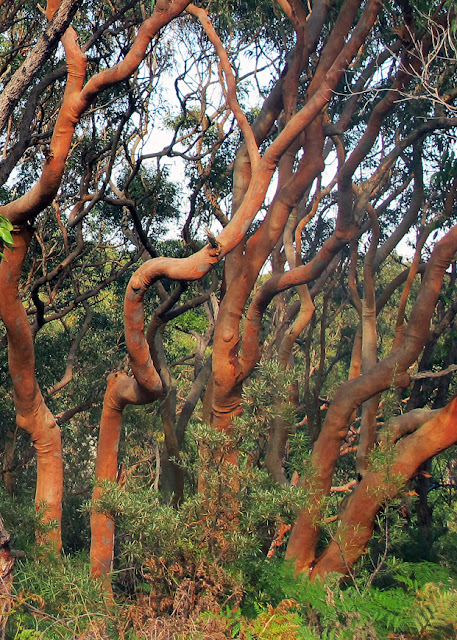 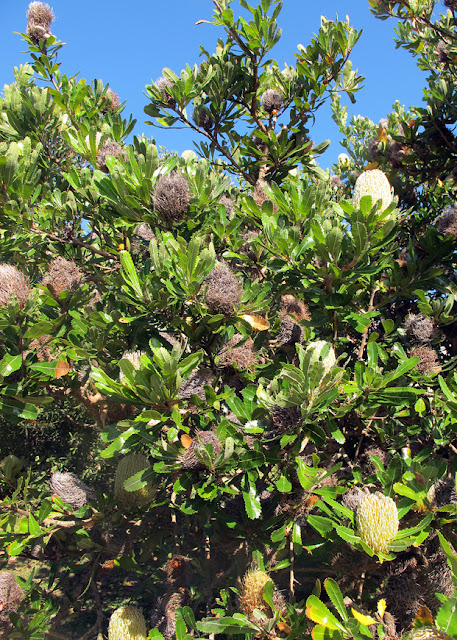 Nearer the coast trees cave way to hardier shrubs like banksia that will only release their tightly held seeds if  burnt in a bushfire. 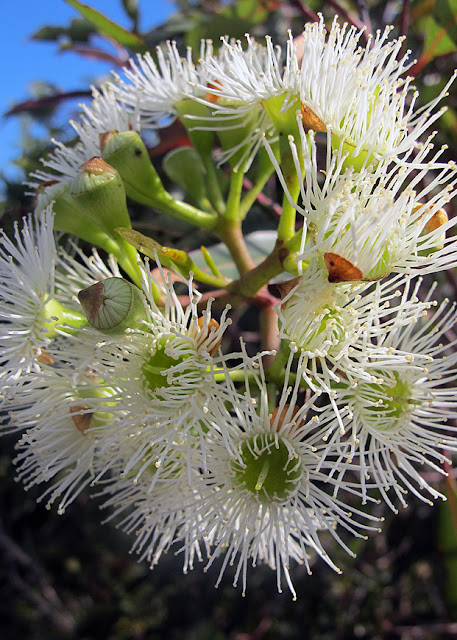 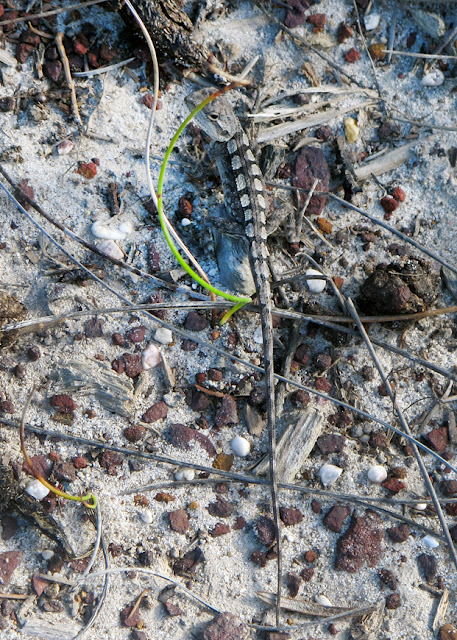 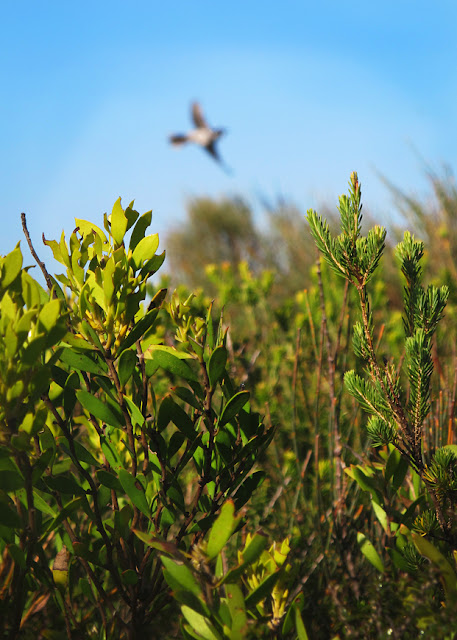 The vegetation is alive with tiny swift birds impossible to photograph. 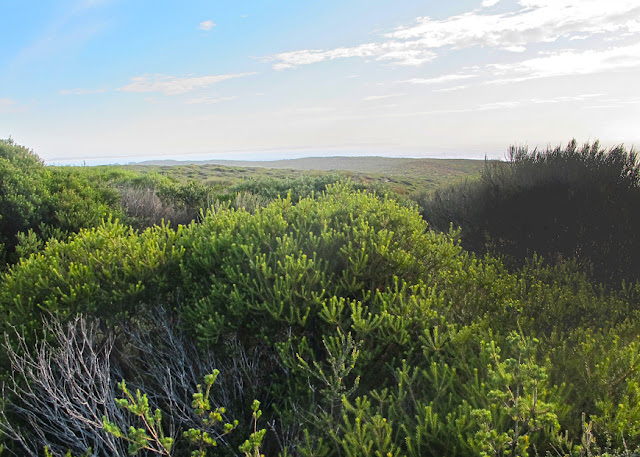 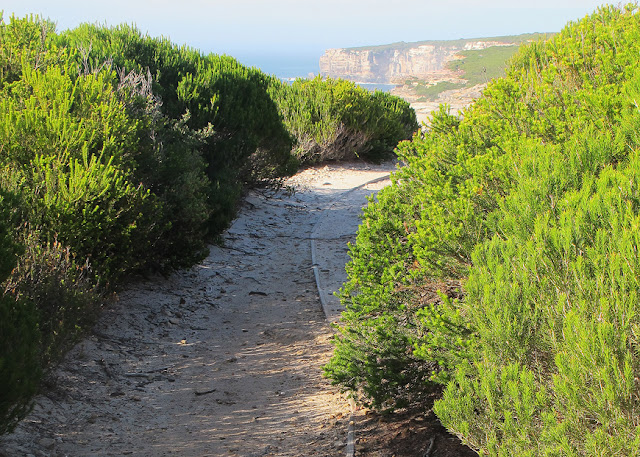 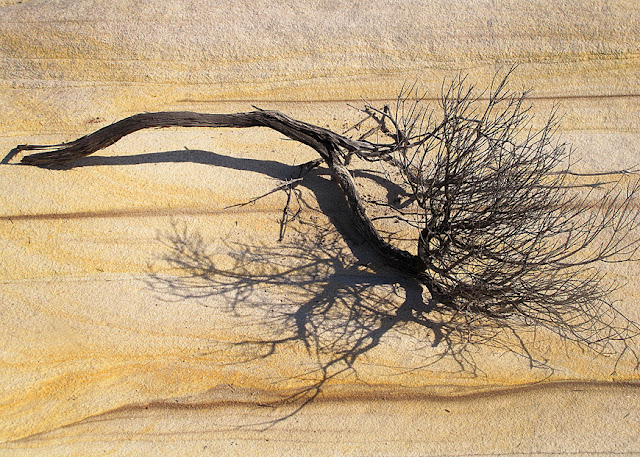 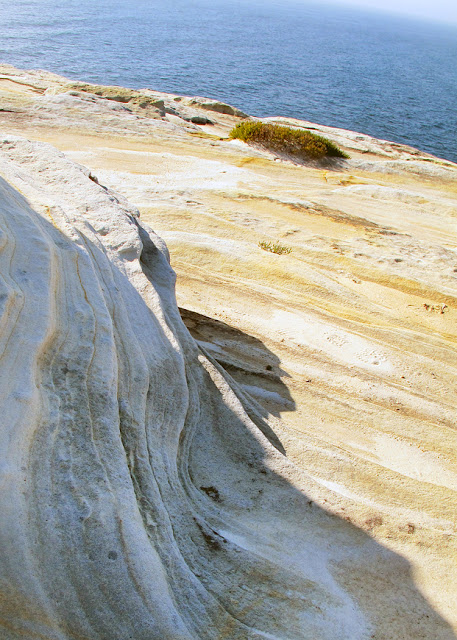 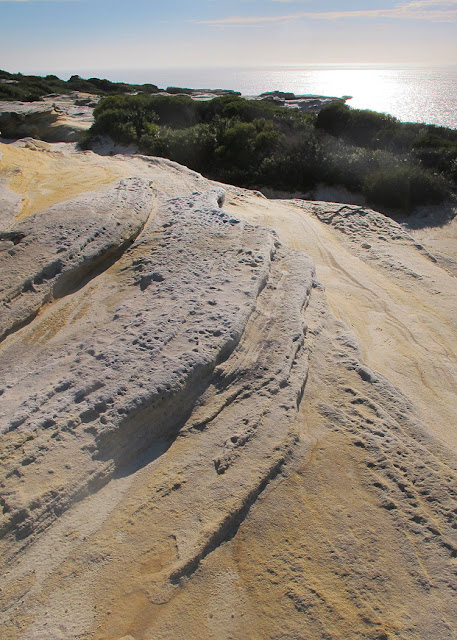 You can walk for kilometres across sandstone platforms that resemble moonscapes. 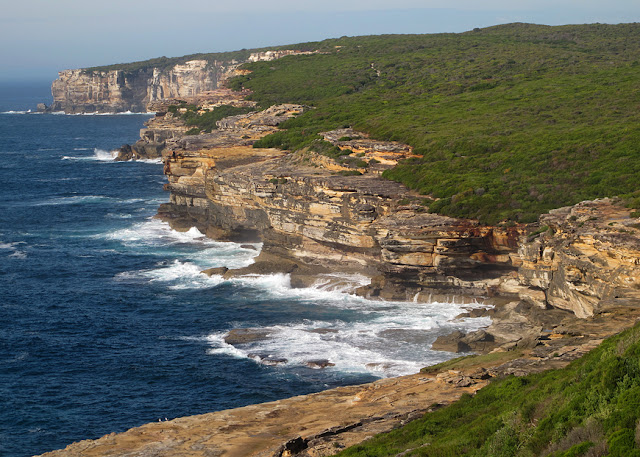