A show about Freedom

I'm at the Pine Street Gallery in Chippendale for Brendan Parry's photographic exhibition Freedom. The images are striking and beautiful. 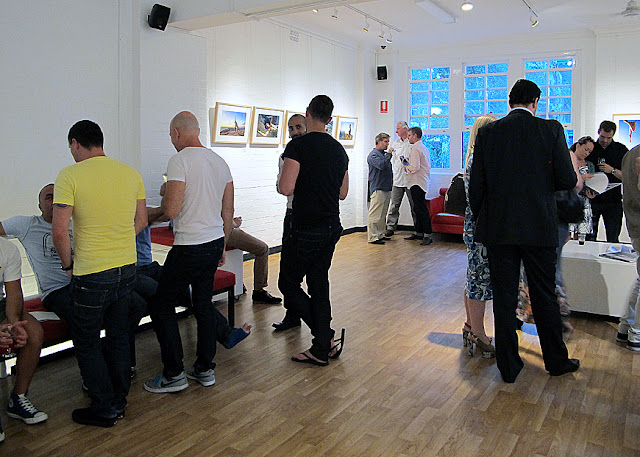 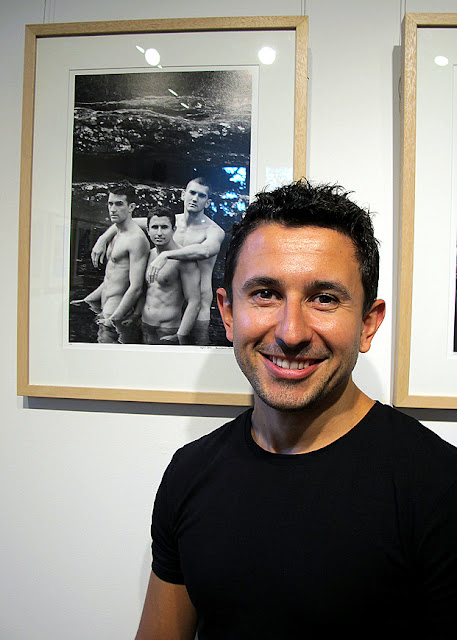 I spot Justin pretty quickly and he agrees to pose in front of the photograph in which he's featured. He's in the Stingers water polo team that Brendan approached to ask for models. Brendan took them to Audley in the Royal National Park near Bundeena at the end of winter. Justin says they tried to look relaxed even though it was freezing. 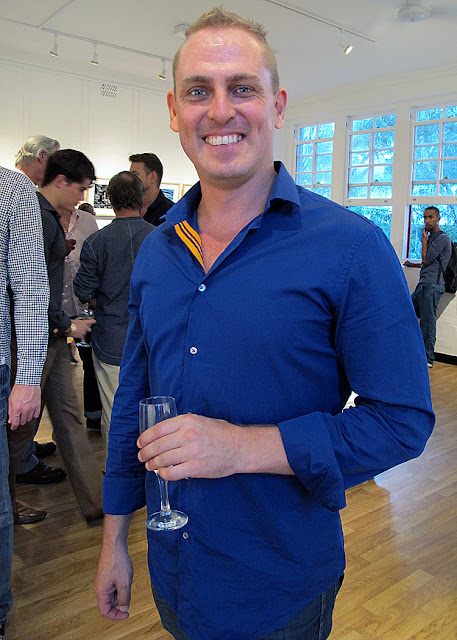 Brendan joins us and tells me Justin's in two other images, so....... 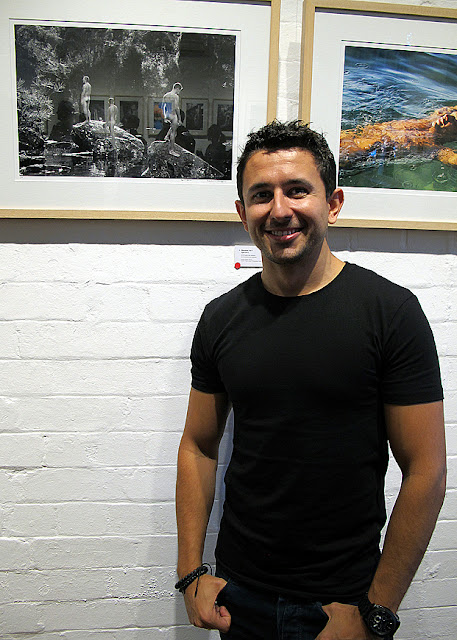 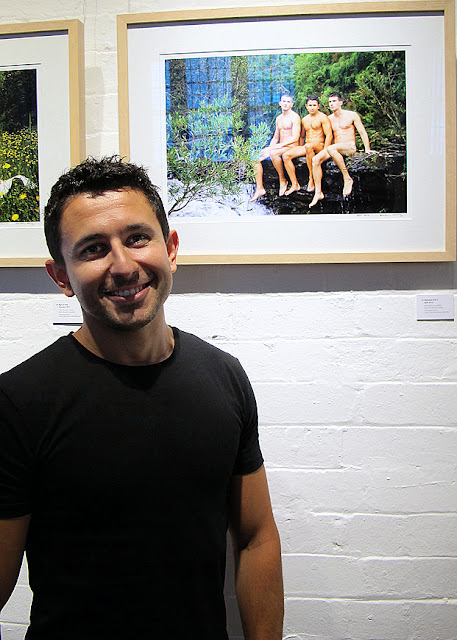 Thanks for being such a good sport, Justin! 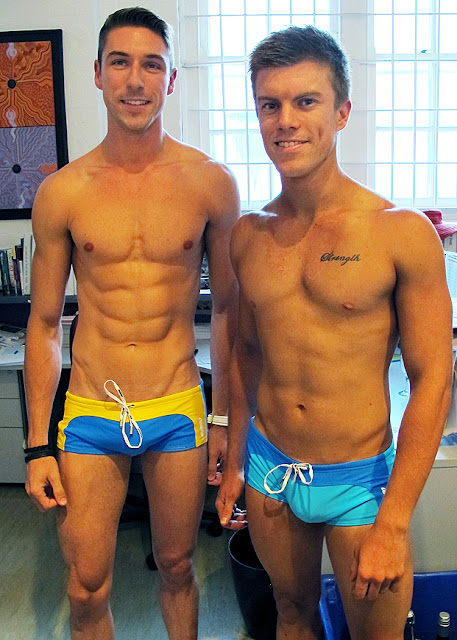 James and Shane serve the drinks. 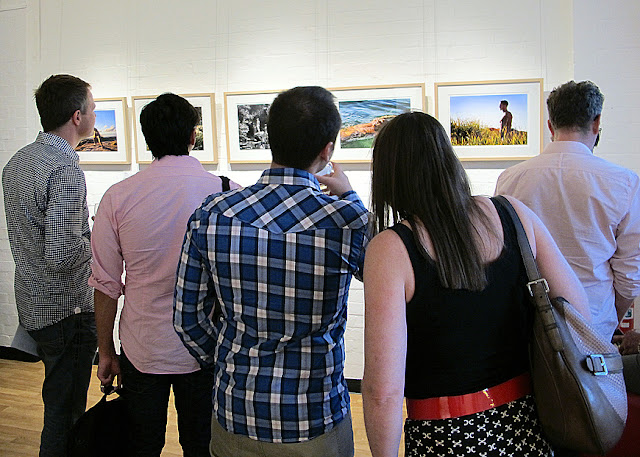