In my post about the Irish diaspora I mentioned the fact that there's currently a mass exodus occurring from the Emerald Isle not seen since the potato famine. Well walking through Macquarie Street last Sunday I came across a memorial set into the wall of the Hyde Park Barracks remembering that first tragedy, and the people who arrived here because of it. 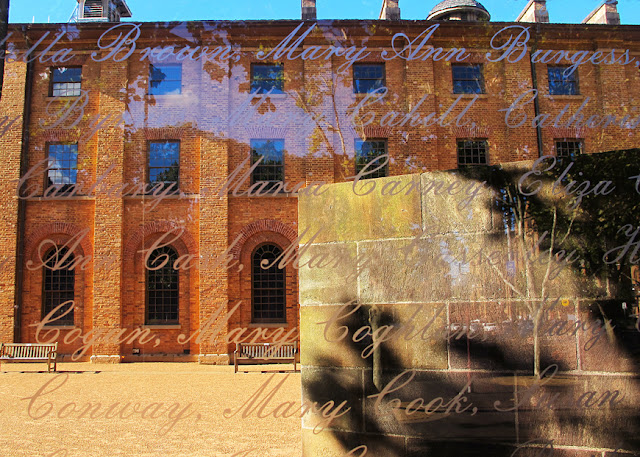 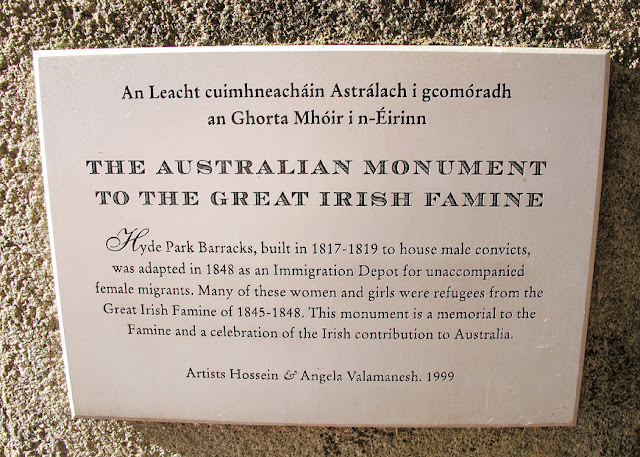 I did a little research and discovered the women to whom the plaque refers were aged between 14 to 20 years of age and had been left orphans by the famine. Destitute, they had been living in the newly made Irish workhouses. Over 4,000 of these women were assisted to travel to Australia by the Earl Grey Famine Orphan Scheme. This was a plan hatched by the then British Secretary of State to bring more marriageable women and domestic servants to the colony. In addition to those who arrived on the back of this scheme were many others both before and after them. About a third of the female convicts were Irish women, many from the foundling hospitals of Dublin and Cork. 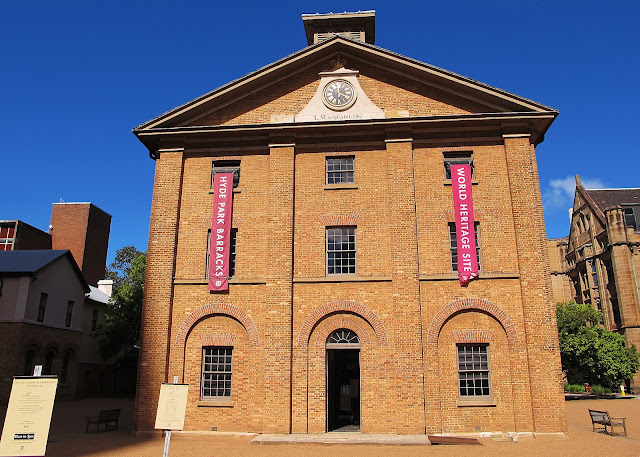 Of course once the women from the Earl Grey Scheme arrived, they were much maligned by the Australian press, called the dregs of the workhouses, said to be ignorant of the skills required of domestic servants at the time. I look at the list of names, at the Marys, the Susans, the Bridgets and can't imagine what it must have been like for them. To have experienced the ache of hunger, the horrors of the famine, the workhouse, the difficult journey to a terribly foreign land by ship and then to be degraded like that. 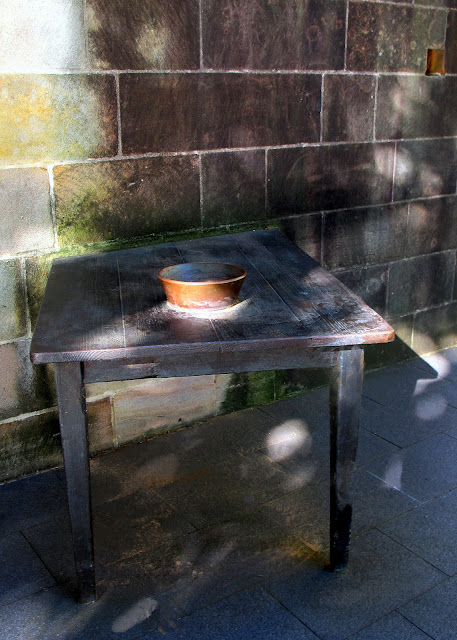 Attached to the external wall of the barracks is a plain table with a bottomless empty bowl which is a reference to the famine. The table attached to the internal wall has a plate and spoon, signifying food. According to Dr Perry McIntyre, Historian and Chair of the Great Irish Famine Commemoration Committee, the women were treated well in the ships and barracks compared to the conditions they'd left in Ireland. The barracks were especially adapted in 1848 to house the women until they were hired out as domestic servants. A square window set high into the wall to the right of this table is a surviving structure from when the barracks were first built in 1819 but for me it seems to suggest that for some, the move to this new country represented a small window of opportunity. 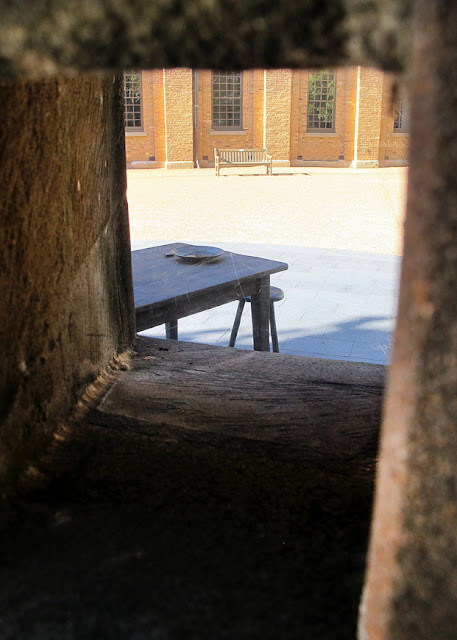 Which, as it turned out, seems to have been the case. Despite the trauma and privations of their early lives, many settled well in the colony, marrying and raising families throughout the country, in the bush and the cities, becoming the mothers of white Australia. A website contains a database of the women who came out because of this scheme and you can trace some of their stories: www.irishfaminememorial.org 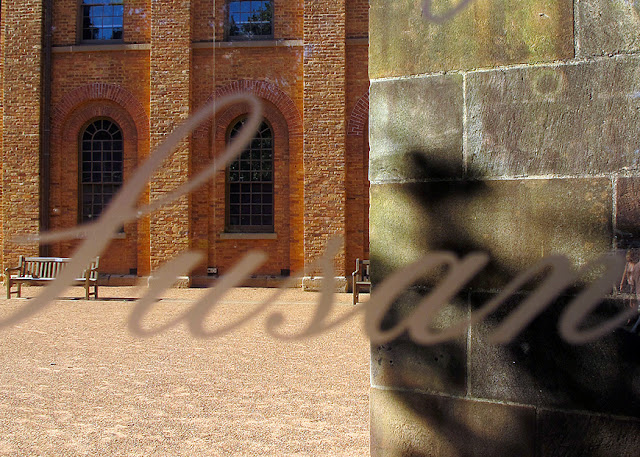 The Irish community hoped this memorial might also be seen as representative of the many refugee women who come to Australia. As Tom Power, Chairman of the Great Irish Famine Commemoration Committee is quoted as saying, it is: 'a continual reminder of the terrible realities, similar to the great famine of Ireland, occurring in the world today and which cry out for our compassion and concern.'

I think the work at the Barracks is eloquent and powerful. The Irish community have succeeded in realising their vision. And to the refugees who arrive on these shores from strife torn countries the world over: cead mile failte, a hundred thousand welcomes.
Posted by Unknown at 14:21