Drawing the possum, John and Angus

Every Tuesday John and his grandson Angus draw or paint together. They always stop for a sirloin steak that John cooks on the barbeque for lunch – best Angus has ever tasted, and they do good work together. John’s wife Margaret encouraged him to take up botanical drawing about ten years ago. Angus is an accomplished artist who specialises in copper plate etching and also works with pen and ink, graphite, and pencil. 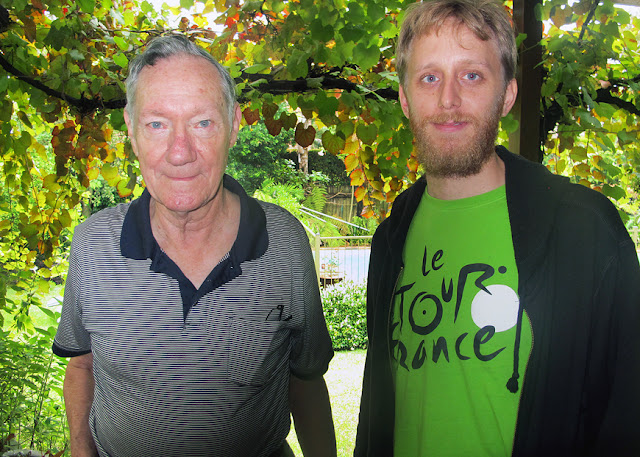 Earlier this week, John found a dead ringtail possum in his garden. It seemed to have lost its footing and fallen. Realising it would make a good drawing subject John carefully wrapped its body in cloth, sealed it in a bag, and put it in his freezer. So today, Angus and John retrieve the possum’s body. 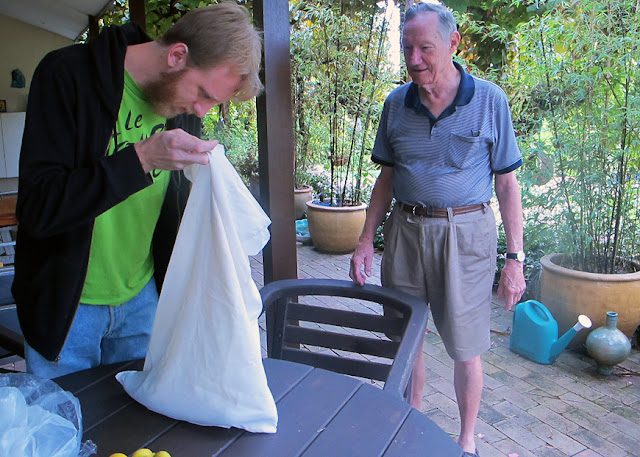 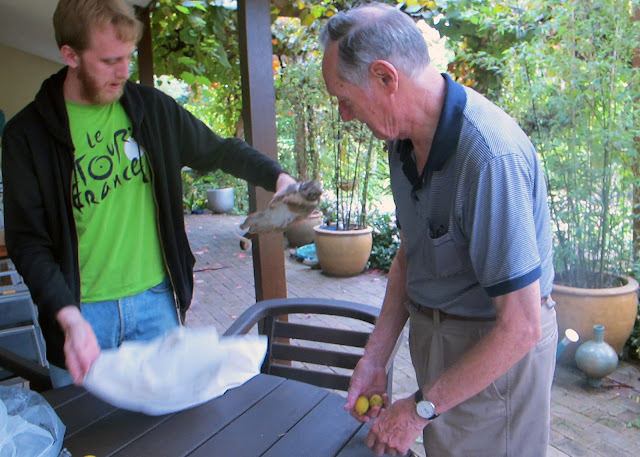 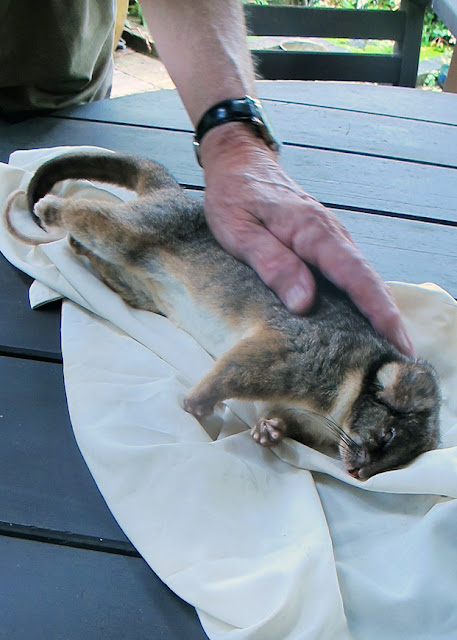 They organise their materials and start to work. 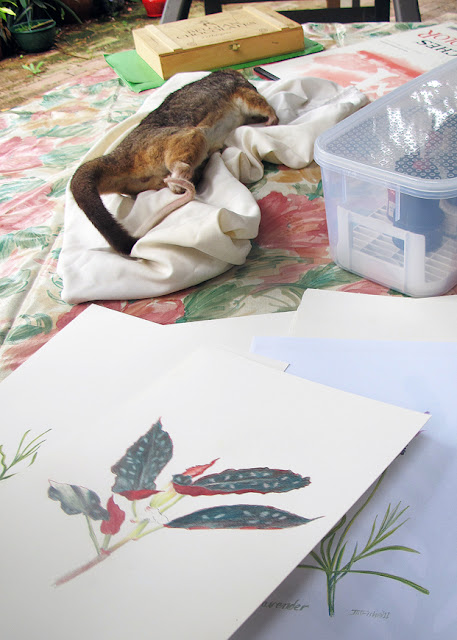 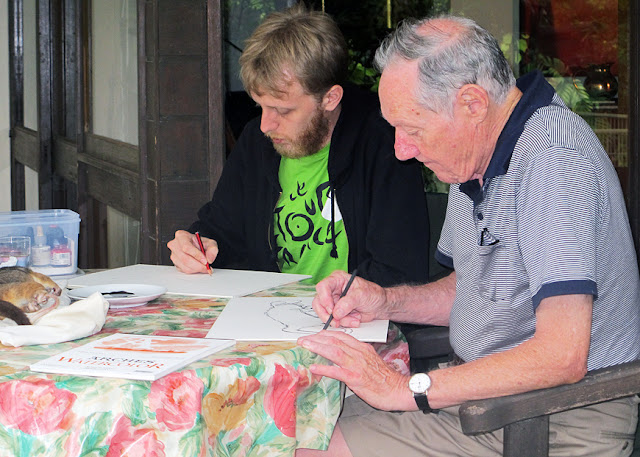 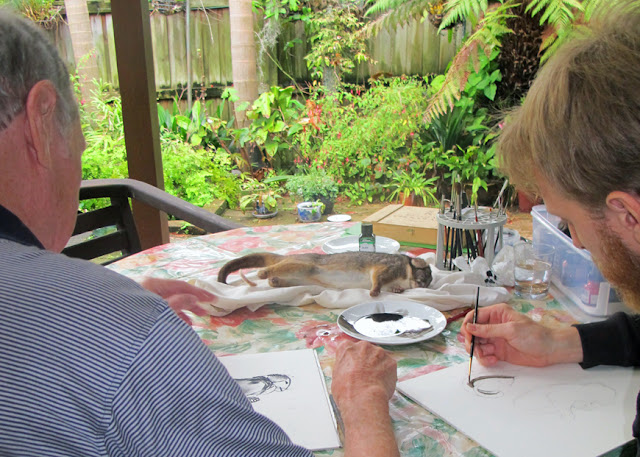 The setting is peaceful until the frog starts up in the fishpond again and produces a regular dock, dock noise, like an overly loud clock. 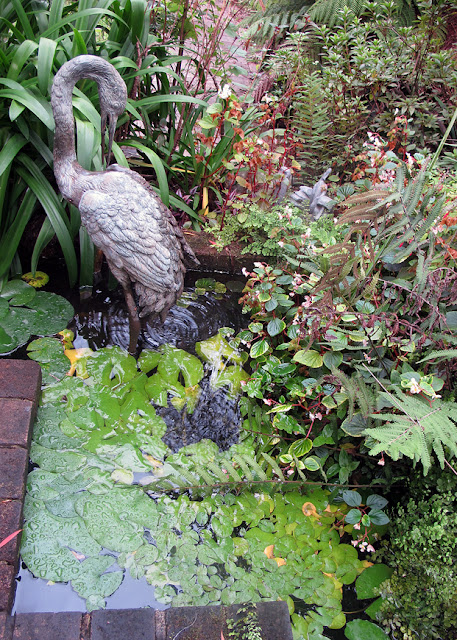 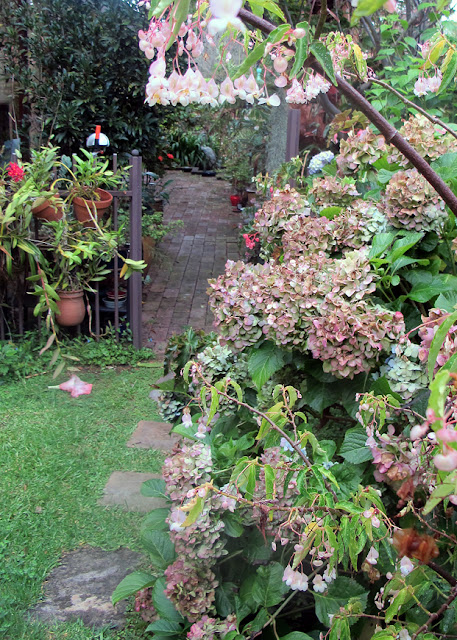 I mosey around the garden and can hear the occasional murmur of conversation. 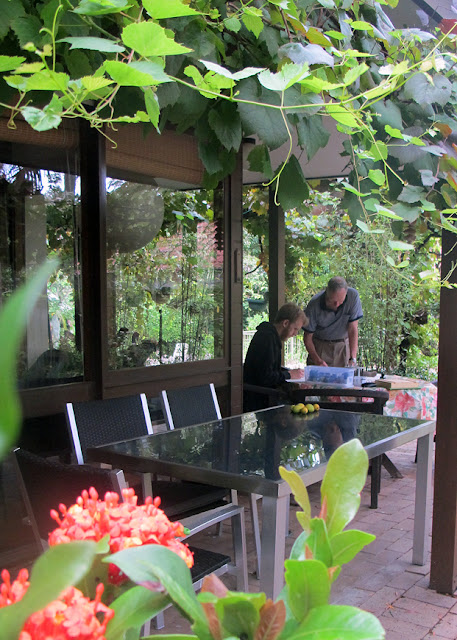 John and Angus share the shorthand language and the ease of intimates. 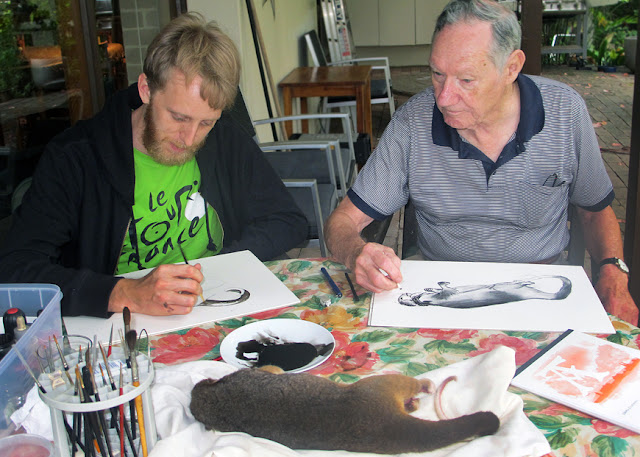 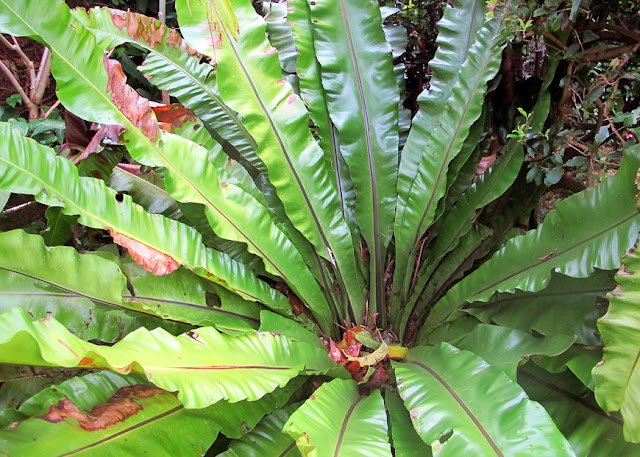 Just over a year ago, John lost his beloved Margaret. 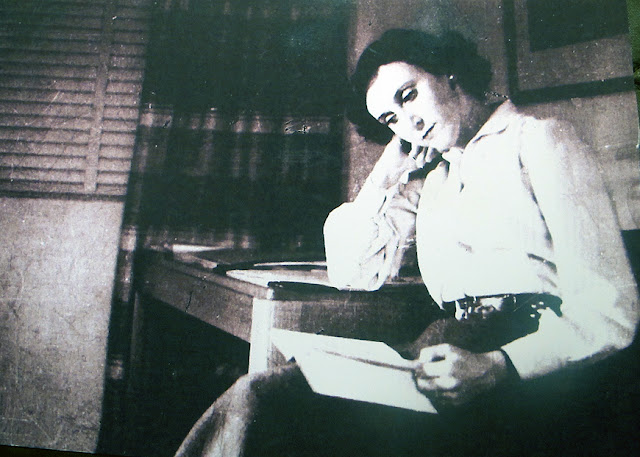 They’d loved long and deep for sixty four years. During this last dreadful year without her, John has struggled with a sense of sadness that sometimes seemed more than he could bear. He has written about this loss. These pieces pick up the thread of a conversation that began in 1948 in a garage converted into a music room in Chatswood. This is where John met this ravishing and madly intelligent older woman with a knock out smile. It’s where their love story began.

John’s writing keeps Margaret in touch with the rhythms of the seasons, repairs to the house, the progress of her garden. He tells her about his feelings of loss and despair. The writing also records the minutiae of lives so richly shared. John has let me include two of these pieces here. 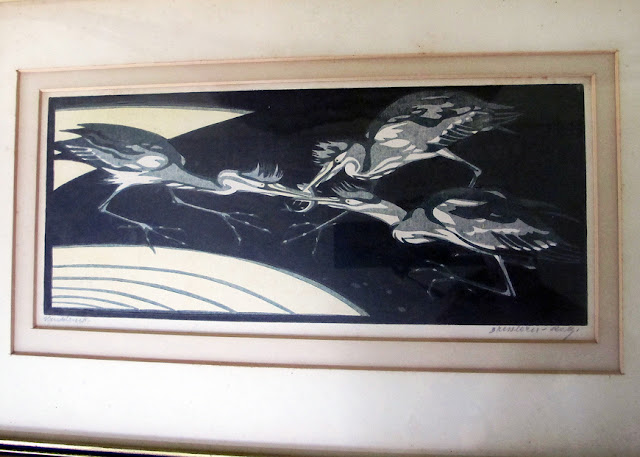 I find that I can’t look at any piece in our house without immediately and simultaneously thinking longingly of you.

All these things we looked at together, and liked, and chose, and bought, and brought home or had delivered, and enjoyed, and smiled about, and looked back upon the time when we first saw them and thought that we would like to have them with us where we were living.

At this moment I am looking at those three old woodcuts by that Austrian woman Bresslern-Roth. I think we found out that she did them in 1931 when I would turn one year old and you would turn six. In the following year you would walk over the Sydney Harbour Bridge with your parents on the day it was opened.

We bought those woodcuts from Anthony Hordern’s Art Gallery in the late fifties.
Anthony Hordern’s was a grand old store from long ago. As an emblem, not ‘logo’ it had chosen an ancient tree beside the old Hume Highway down near Picton. Under the emblem was the slogan ; “While I live, I’ll grow”.

But the tree no longer lives; Anthony Hordern’s has gone; its Art Gallery has gone; and to my desperate distress, you have gone.

But the woodcuts are still there on the wall and the herons are still fighting over that fish.
And I can’t look at them without feeling a wrench in my heart for all the times we looked at them together now that I must look at them alone.

And the house is full of bits and pieces like those woodcuts, full of reminders. 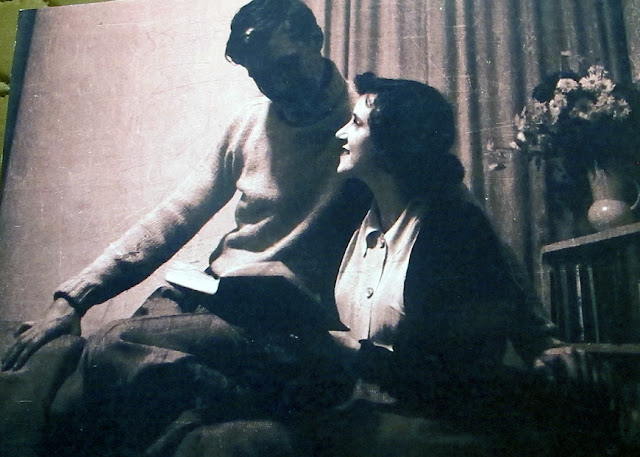 November is almost over and summer is ready to take centre stage.

Our raven, shining like fresh coal, comes to our back garden and flies away, I suspect to her chicks, with the occasional slices of bread  that I throw there, provided, of course that our blue tongued lizard, that I have unkindly nicknamed ‘Tony’ has not already first beaten her to such treasure.

No matter how beautiful she is our wonderful raven cannot know that in our house there is now only one occupant and that you no longer look out with me at our itinerant visitors—sometimes a grey butcher bird, sometimes the heron, lusting after our goldfish. 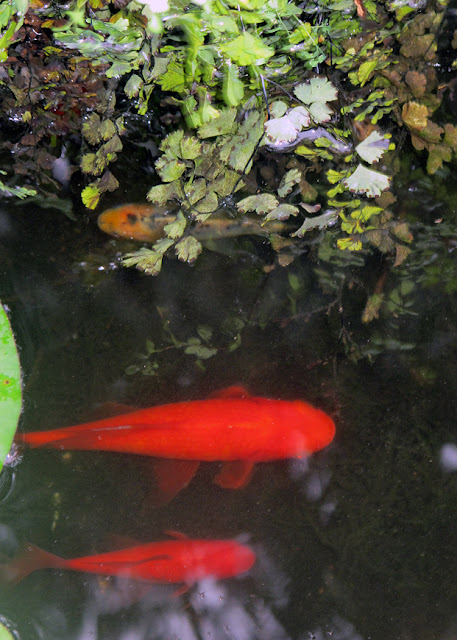 But they get on with their lives as I must try to do too.

I spoke to an old friend tonight and she said to me “Whenever I felt I had an insoluble problem and did not know which way to turn I would phone Margaret and she would give me the answer kindly and calmly and right on the target.”

I knew exactly what she was telling me and how dreadfully I miss that same priceless contact. 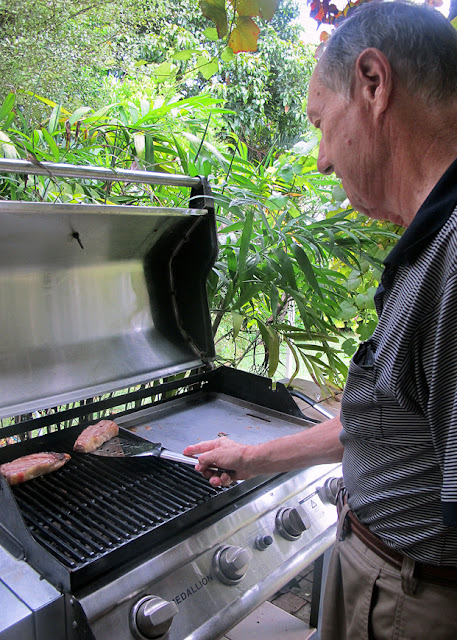 They stop for lunch. I chat with Angus while John starts the barbeque.

Angus has just completed 27 pen and ink drawings for a forthcoming exhibition at Australian Galleries in Melbourne next week. Angus and John will collect them from the framer later today. This fine pen and ink drawing of a Wedge-tailed Eagle is one of the featured works and it’s huge. 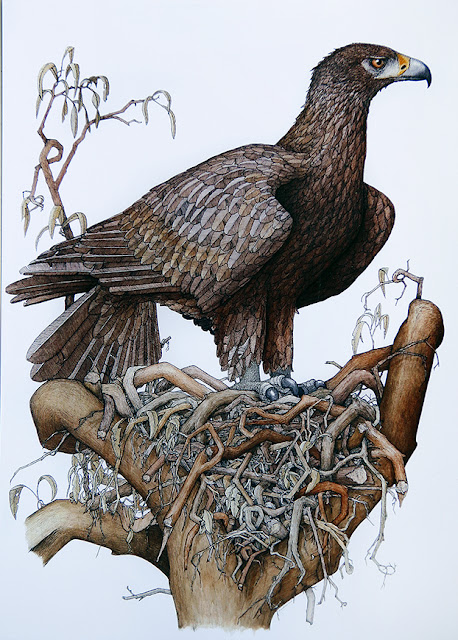 He estimates a piece such as this would take him about a week and a half of working nine ‘til five to complete. But of course he says he couldn’t sustain drawing in such intensive bouts like that. We talk about the process of drawing – how it can be the most wonderful or frustrating thing, depending on how it’s going. To view more of Angus’s work, visit: www.angusfisherarts.com

John and Angus have been generous with their time. I leave them to their lunch in the garden in which the spirit of Margaret is all about them. 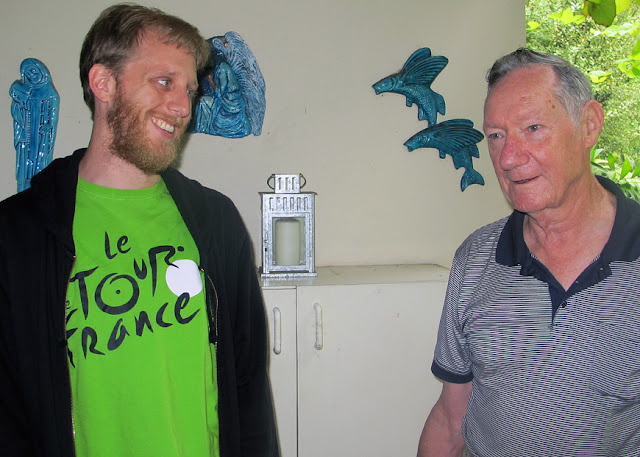