A workshop, a tough material and Boadicea


It’s easy to see which house is Ulric’s as this garden is full of his fantastic sculptures of birds, animals and organic forms. He works with stainless steel, a rust proof material much stronger than plain steel. It cuts his hands to ribbons. 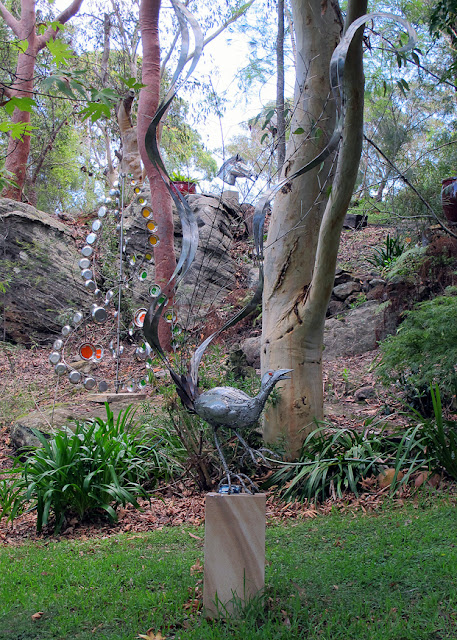 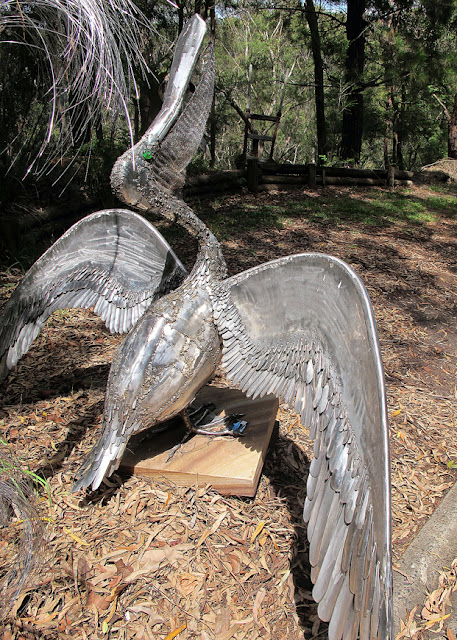 I love the wild extravagance of the birds that seem to match the nature of their maker. 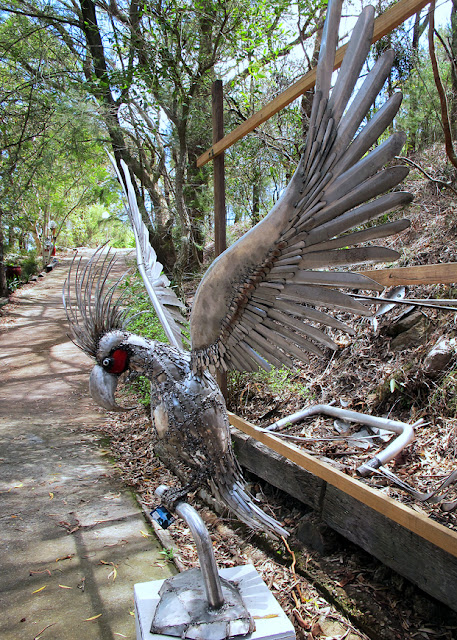 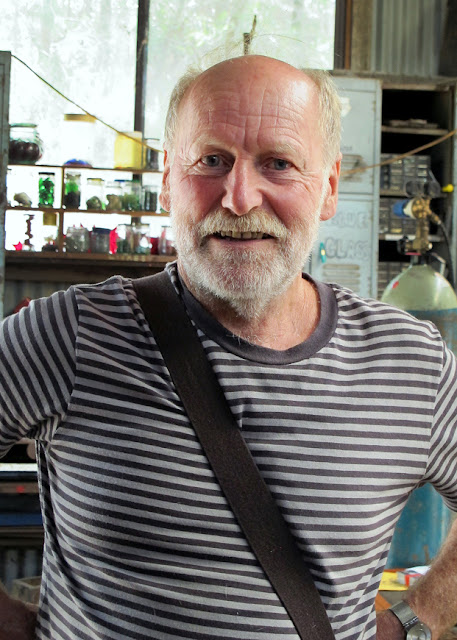 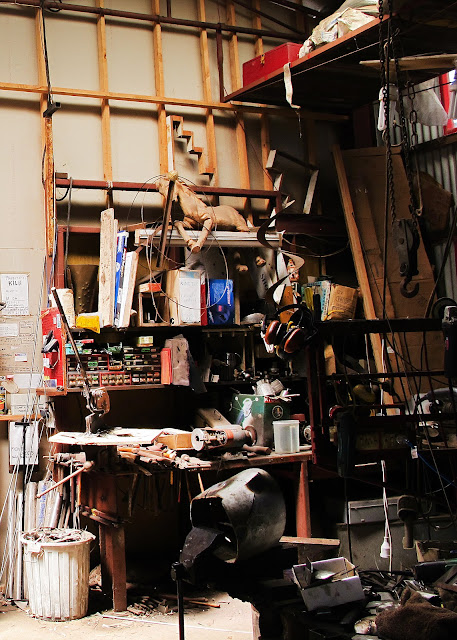 Ulric has a shed many of us would kill for. It’s chock full of evidence of his prolific output. 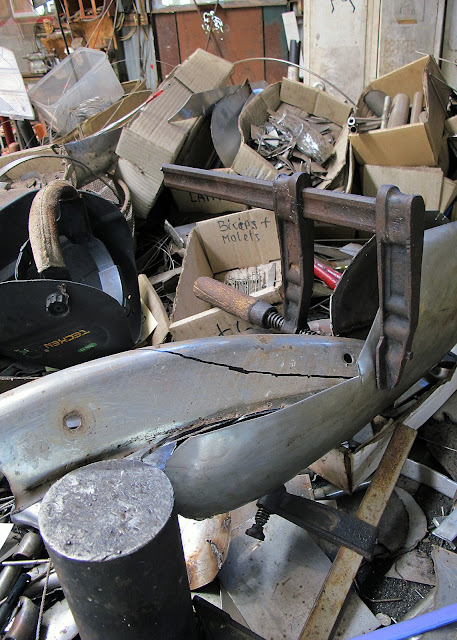 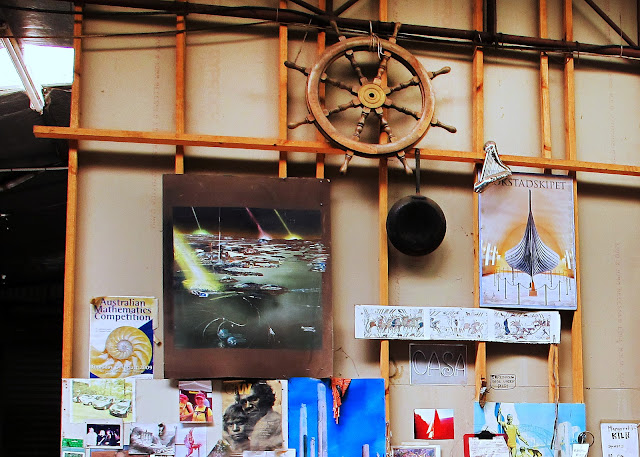 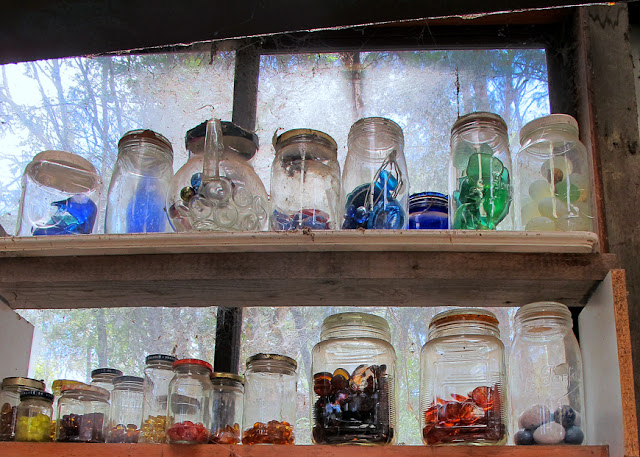 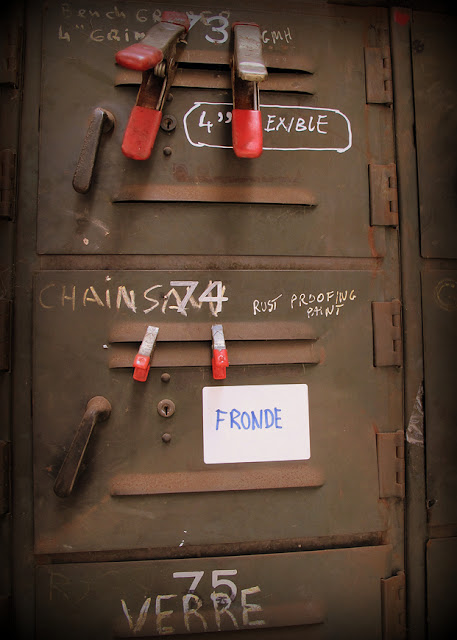 Cabinets and drawers bear labels in a melange of French and English. 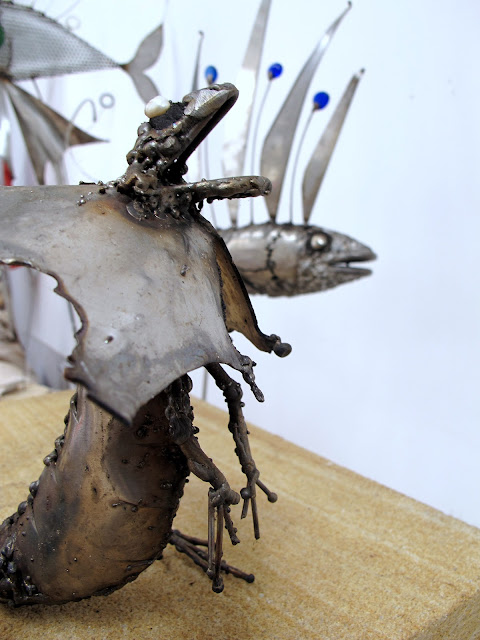 These lizards and smaller pieces are made from scrap metal or old sinks. While we talk, Ulric grabs a welding torch and blasts the bejesus out of the ‘bloody cobwebs’ topping the fronds of his seahorses. 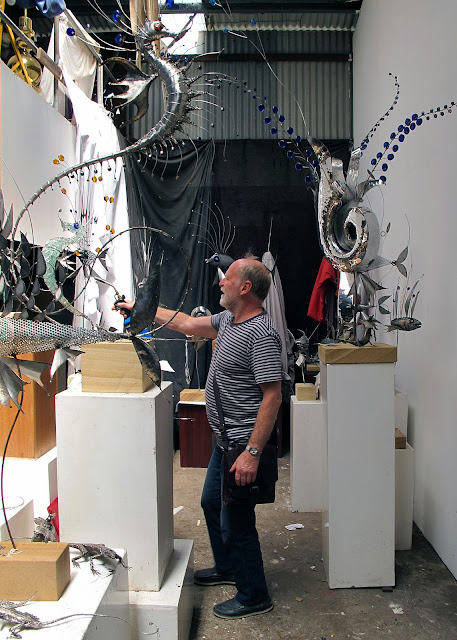 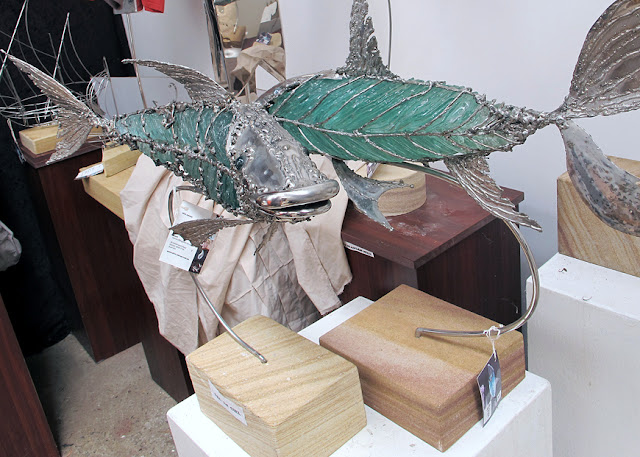 The glass bodies of these fish come from pieces of smashed windscreens Ulric picks up from road sides. 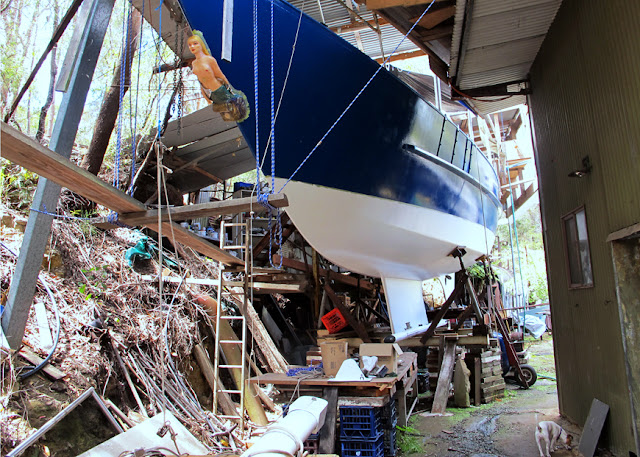 I admire the mascot on his boat which he tells me represents Boadicea, the queen who ‘beat the snot out of the Romans not once but five times.’ Ulric’s eyes flash while he contemplates this warrior of old. ‘A woman to have on your side, then’, I venture. ‘Yes, yes’, he booms. 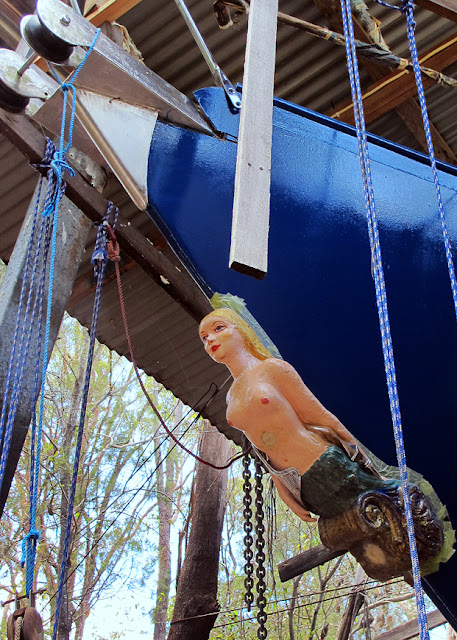 A boat is a timely point to leave matters for now. Ulric's seafaring story is coming shortly.