In 1992 Wendy Whiteley lost the love of her life, the artist Brett. Nine years later, her only child Arkie died after a brief struggle with cancer. She had just turned 37. Wendy had given up drugs and was clean for the first time in her adult life. Adjacent to the house she had shared with Brett for twenty years was a weed and rubbish infested railway siding. In the midst of her grief, Wendy set to work.

For the first couple of years, she cleared the weeds and the rubbish. It all had to be shifted by hand because the site was too steep for machinery. Then with the help of a couple of gardeners, terraces were built using railway sleepers and dry stone walls went up. Minutes disappeared into hours for Wendy who created a lush semi-tropical garden partly as a tribute to her daughter, and partly to celebrate her freedom from addiction.

Corrado and Rueben who have worked here full time for many years follow Wendy's cardinal rule to terrace, dry stone wall and plant on a curve - never a straight line. The voluptuous result is a riot of natives and exotics from citrus and hydrangeas to Bangalow palms, coral trees and grevillias. Over arching the site is a spectacular fig tree. There are plenty of quirky perching spots for people to stop, rest and enjoy. From a place of enormous pain Wendy chose to act creatively and the land she's transformed she shares with the community. 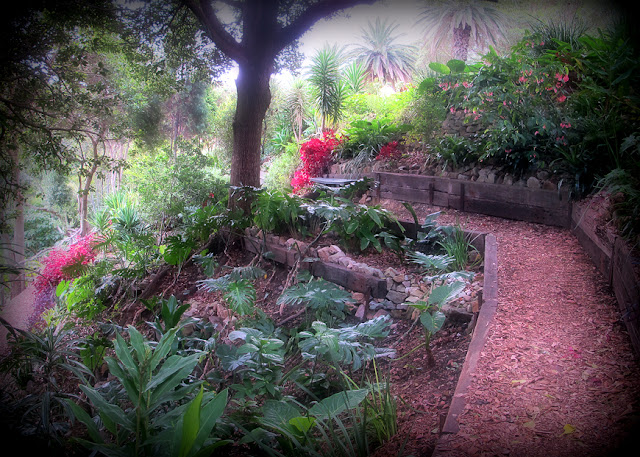 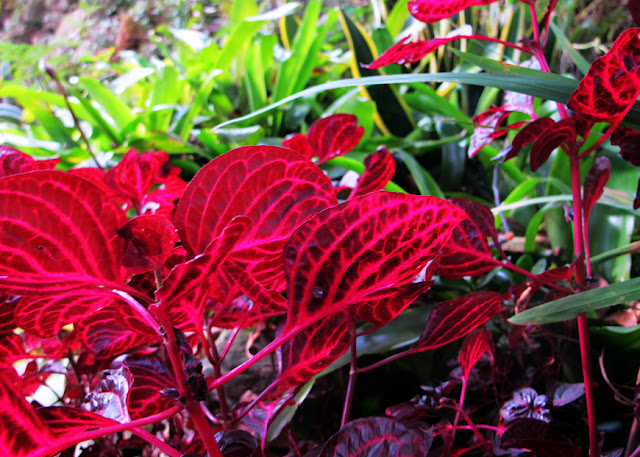 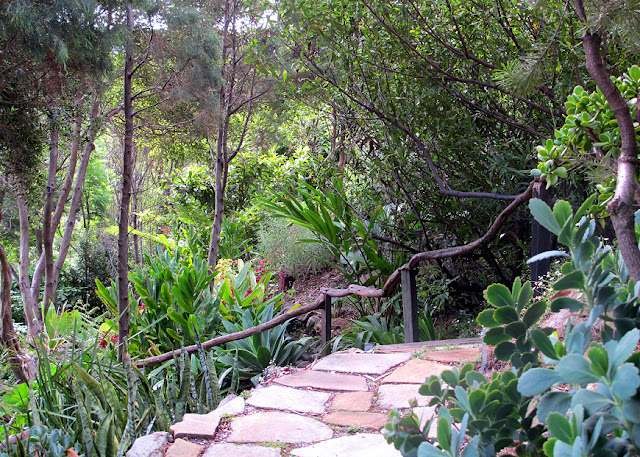 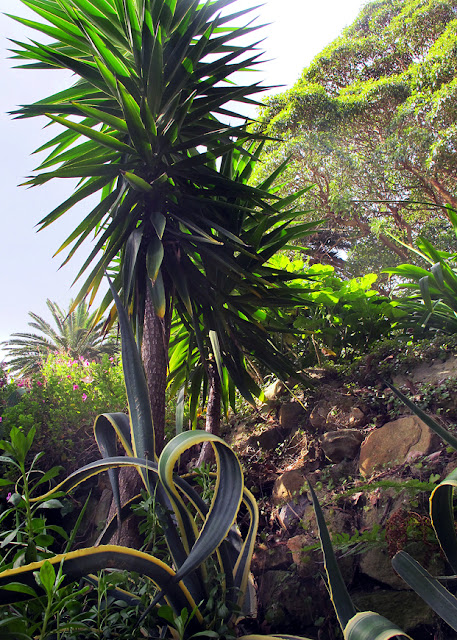 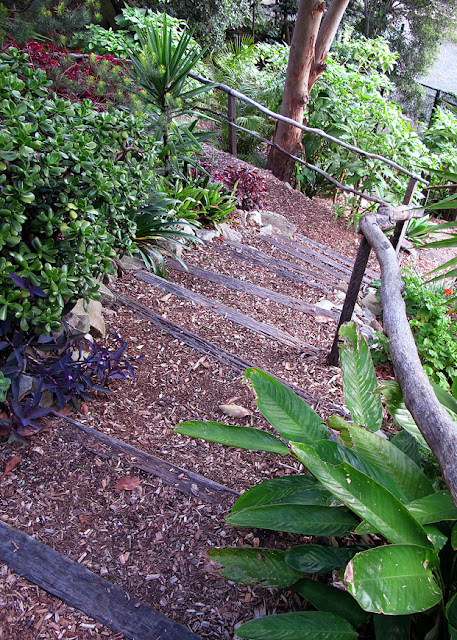 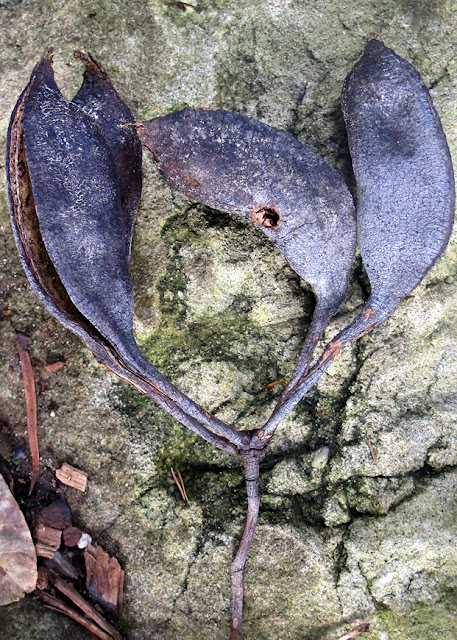 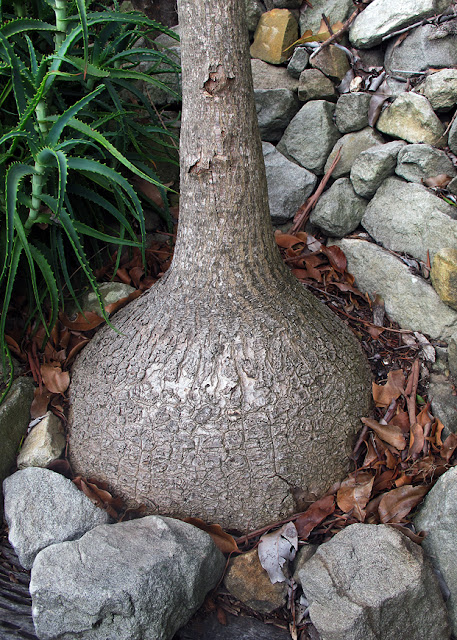 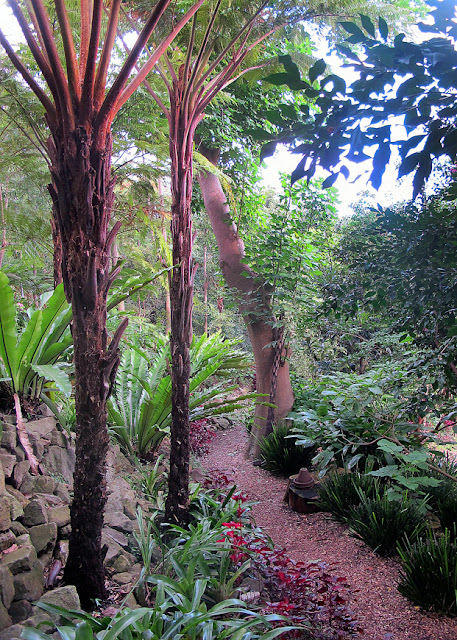 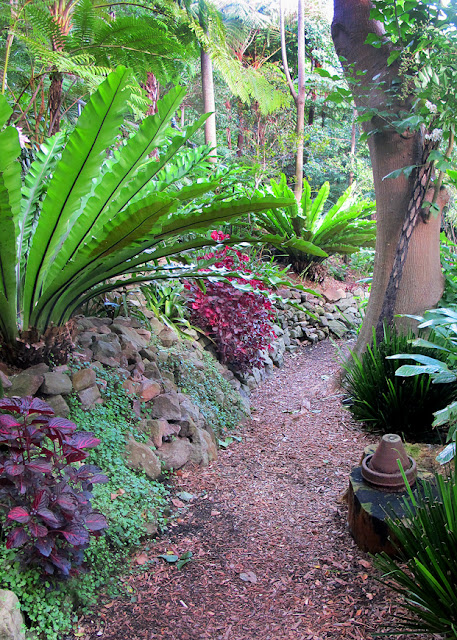 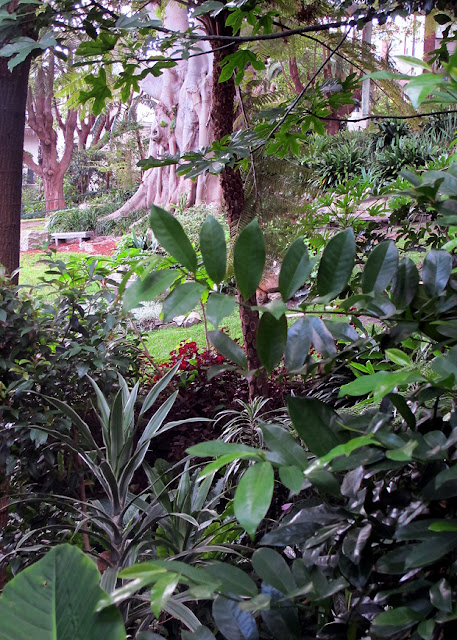 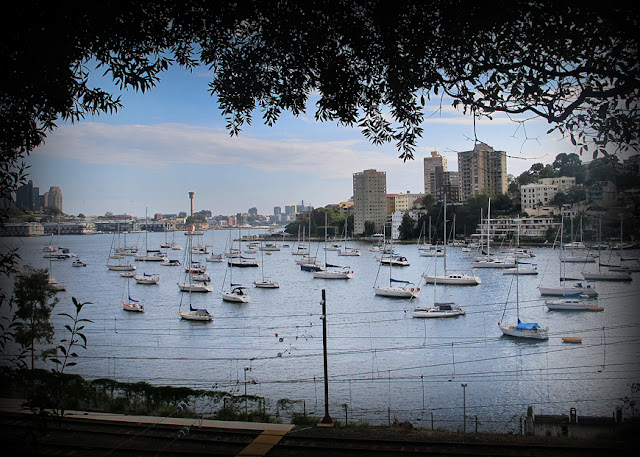 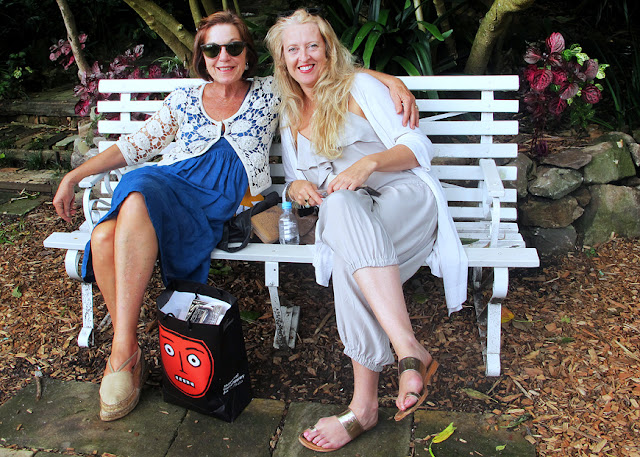 As I reach the lowest part of the garden I hear someone ask if it's my first time here too. I meet Annie and Melissa and we all agree we've been wanting to visit this garden for a long time. They have come across by ferry and are visiting from Perth. They've brought a card for Wendy to leave in her letterbox. Annie is looking at the Wollemi Pine that's been planted under a canopy of other trees and palms. She realises it's the mistake she made with the one she planted that died - it couldn't take the full sun. 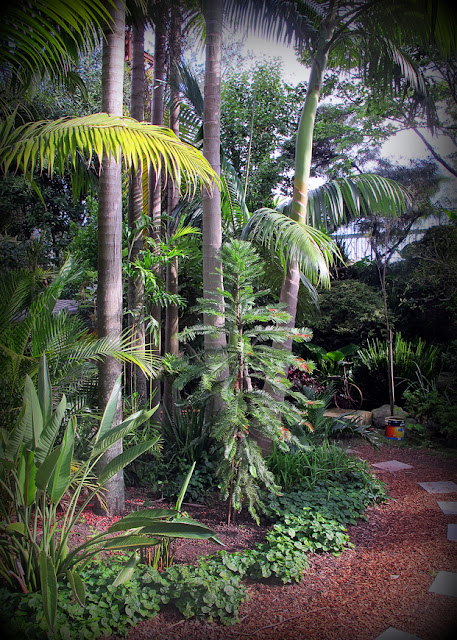 Said to be one of the greatest botanical 'finds' of our time, a National Parks and Wildlife Officer David Noble came across this pine he couldn't recognise in the Wollemi National Park in 1992, just 150 km from Sydney. The Wollemi Pine as it became known, is one of the world's oldest and rarest plants in the world. It was around with the dinosaurs and only 100 adult trees are said to exist in the wild. 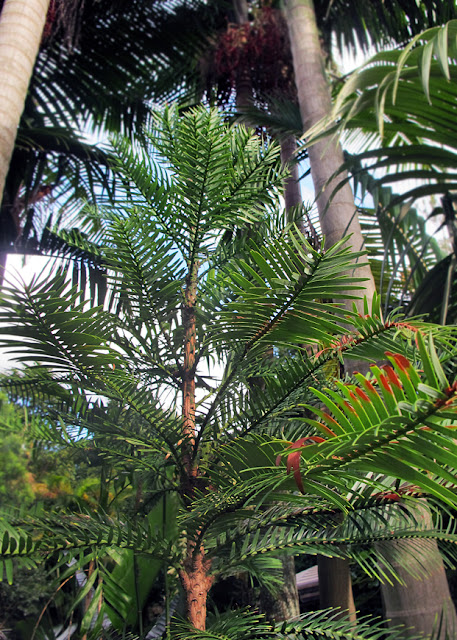 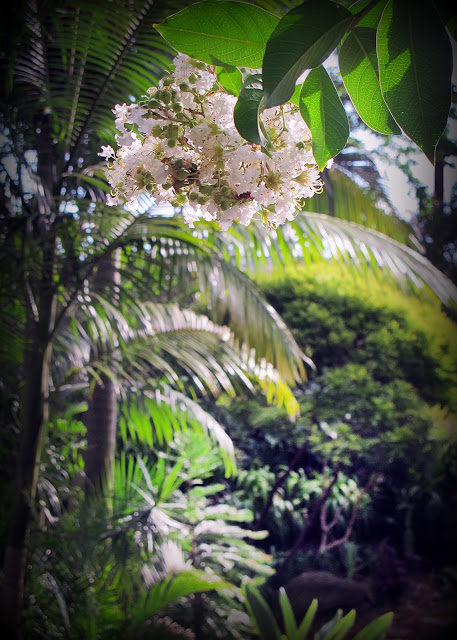 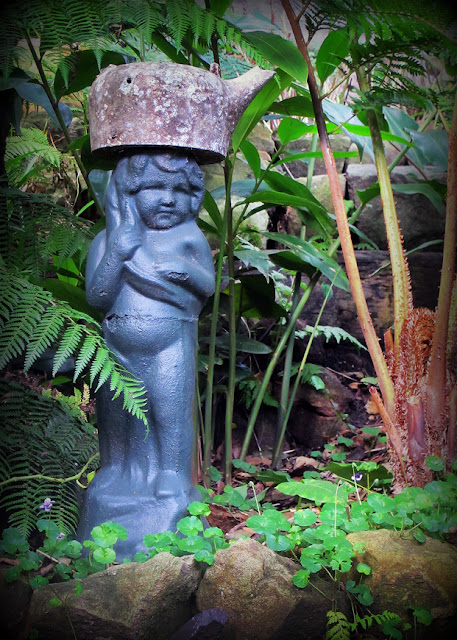 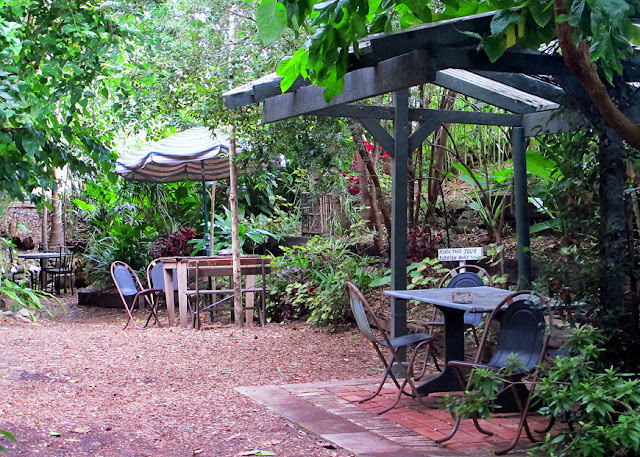 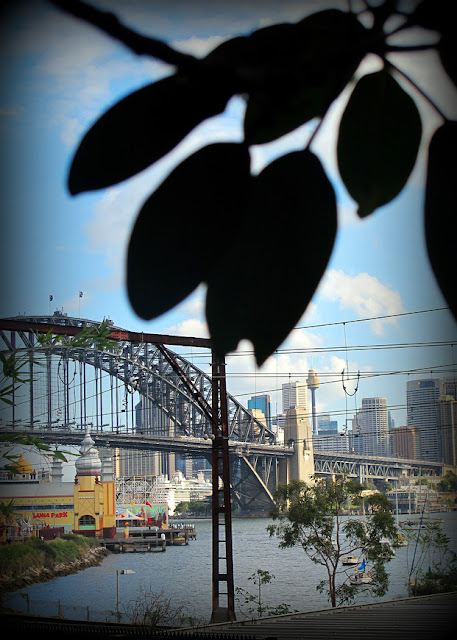 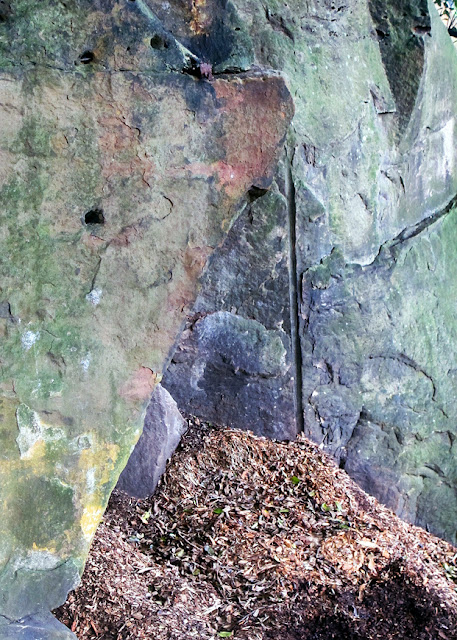 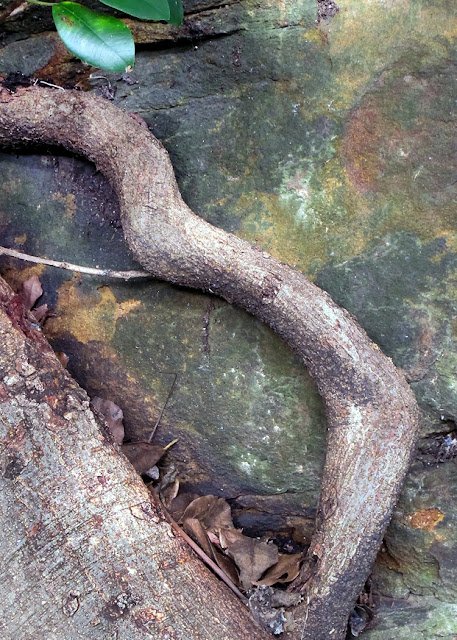 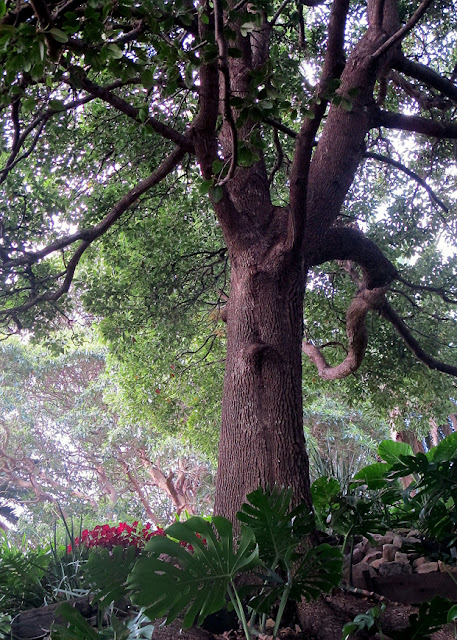 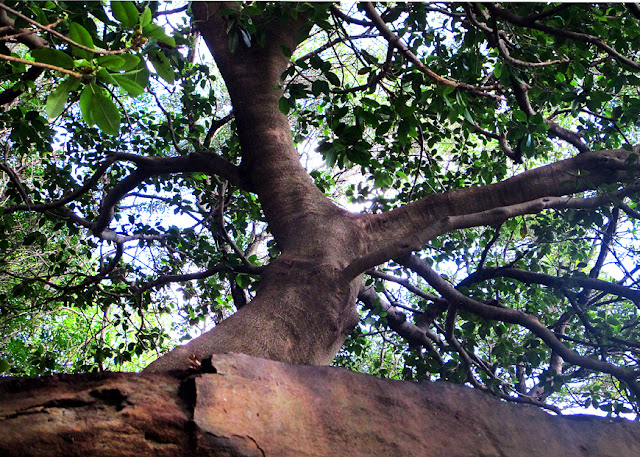 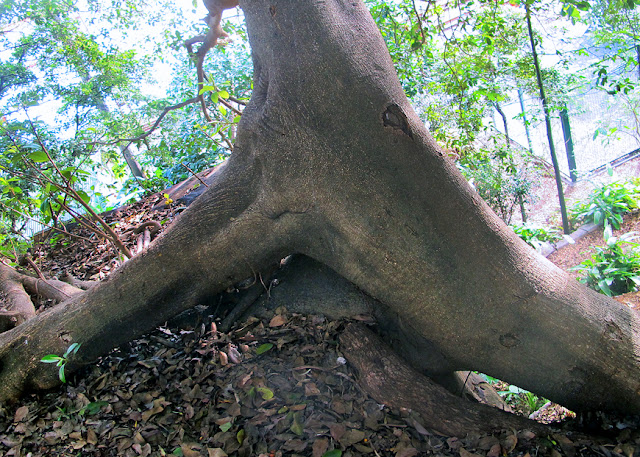