After the performance of Korrobori I stay around Hyde Park to see what else is on. Virtually the first person I bump into is the gorgeous blue Wiggle, Anthony Field. 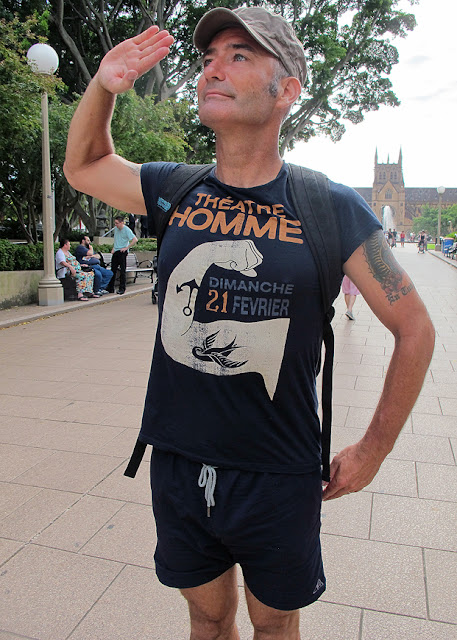 And here's a patriotic looking Bill. 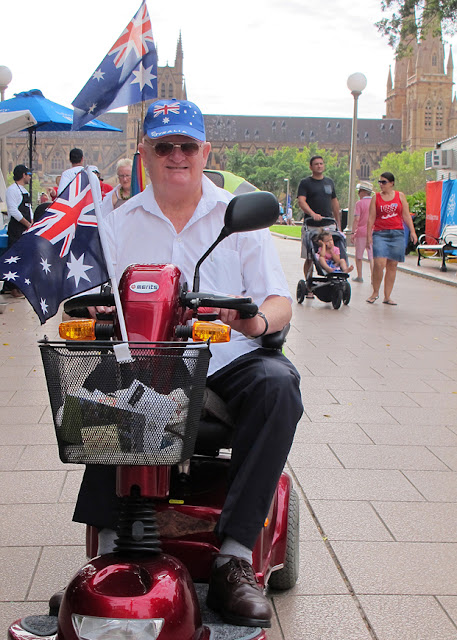 Australian citizenship ceremonies are a big part of Australia Day celebrations. This year over 17,000 took the pledge. I catch this family from France just before they step onto the stage. 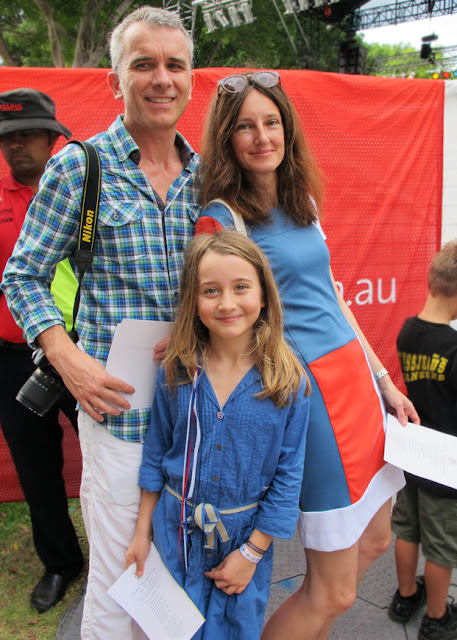 Lord Mayor Clover Moore has time for a quick smile before she starts. 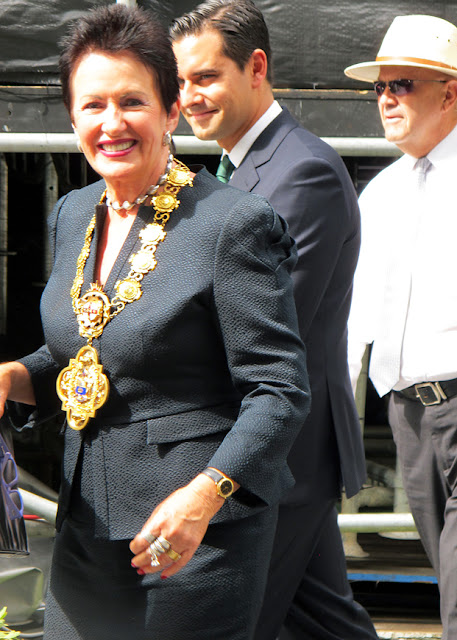 The ceremony is brief and straightforward but it's still poignant. This woman and her son came from Siberia, 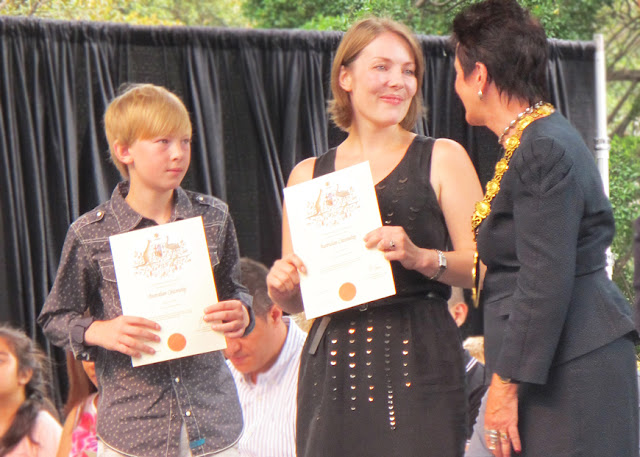 this family from the U.S., 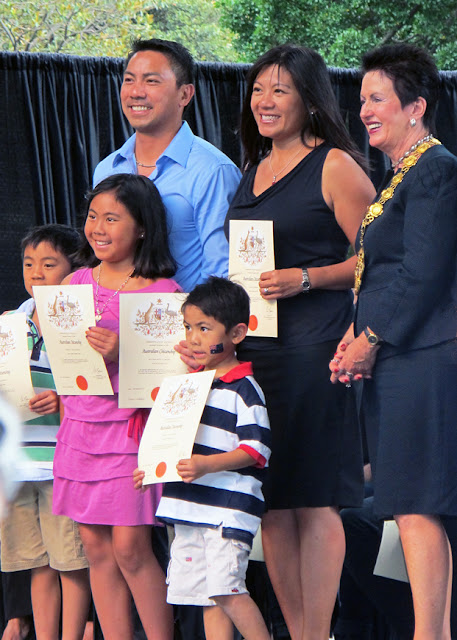 and voila, we now have French Aussies! 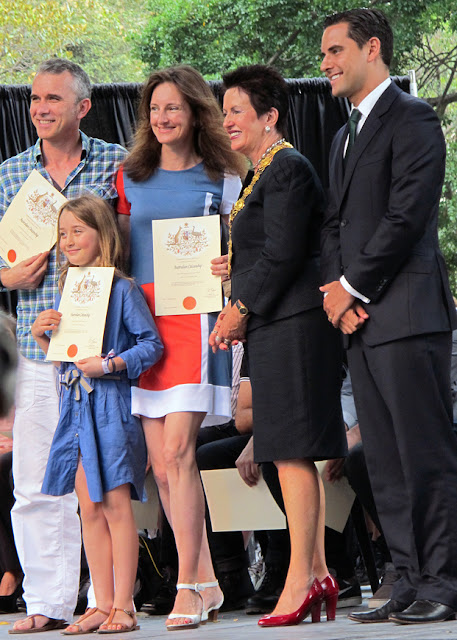 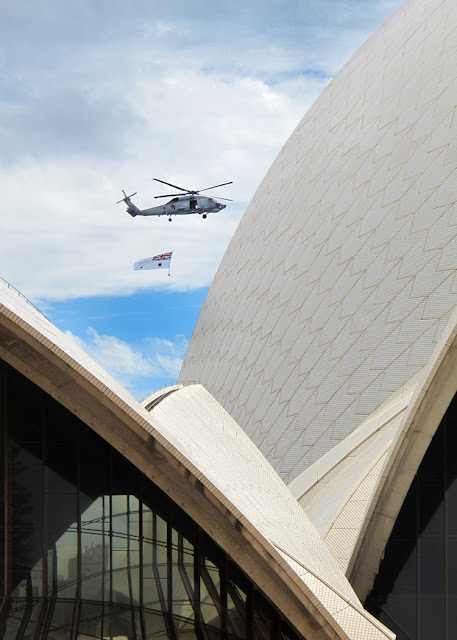 and watch the ferry race finish under the bridge. 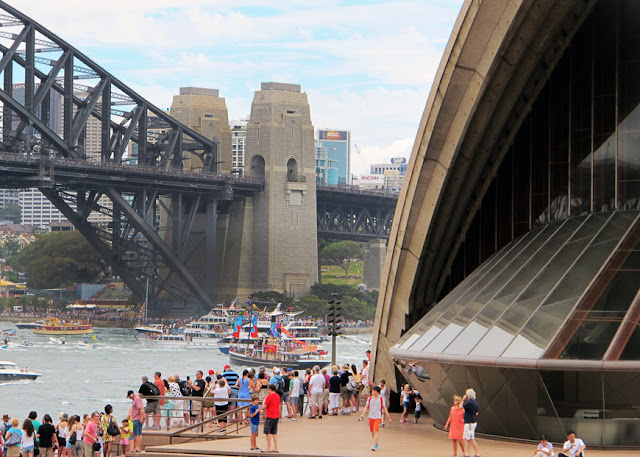 The Botanical Gardens are looking a lot browner since I posted 'The Morning After' at the start of January. Roman is visiting from Ireland. He lets me capture this patriotic reflection. 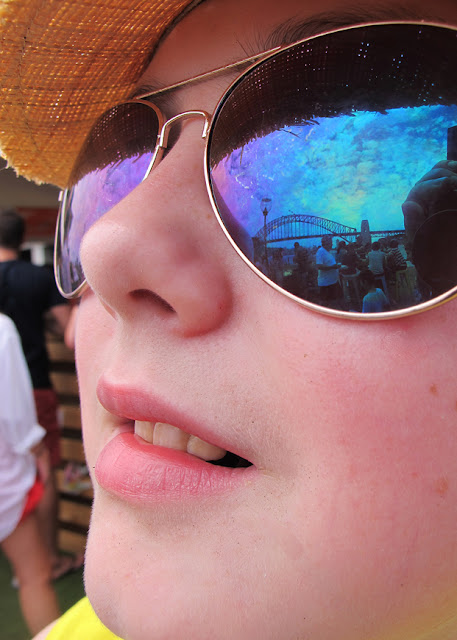 I overhear Sean giving Yimei and Changzhi a running commentary about white Australia's history. He is explaining how the British jails had become overcrowded after the U.S. Civil War so in 1788 it was decided prisoners would be sent here, to establish a penal colony. He tells how Arthur Phillip, Captain and first Governor had written in his diary that he had just sailed into the finest natural harbour in the world. Sean knows where the Tank Stream is - the fresh water stream in Circular Quay which is the main reason Phillip decided to settle at Sydney Cove. He says it's near the Four Season's Hotel near George Street, that there is a fountain that commemorates it, and you can go on a tour to see it.

I'd forgotten this but Sean reminds me the Chinese Gardens near Darling Harbour were a present from the Chinese Government to commemorate our bicentenary. He tells Yimei and Changzhi (originally both from China) that Australian Prime Minister Gough Whitlam established a strong relationship with China in the '70s and visited long before any U.S. President. He says the Chinese were sufficiently impressed to send the gardens over, piece by piece eighteen years later. 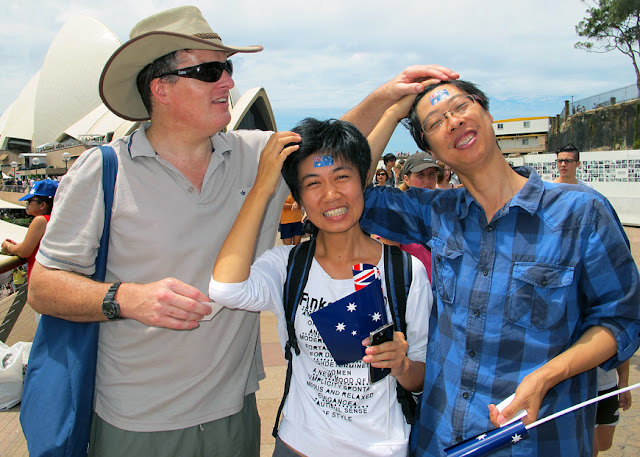 A tourist stops to ask Sean something and Yimei and Changzhi explain that no, he's not some official tour guide. They met Sean at Strathfield train station that morning and he'd joined them on walk around Sydney today. Sean is the king of free stuff, they tell me and he's amazingly knowledgeable - well he certainly is.

I ask Sean how he knows all this stuff. He says he's lived in Sydney for ten years and just picks it up  says he used to be a journalist. I leave them happily chatting on and catch a ferry home. 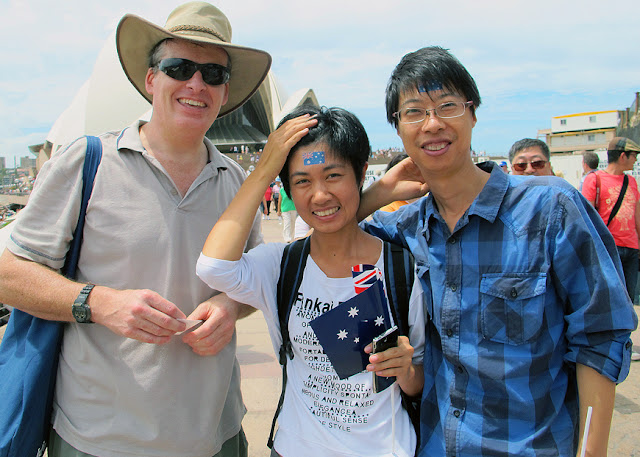 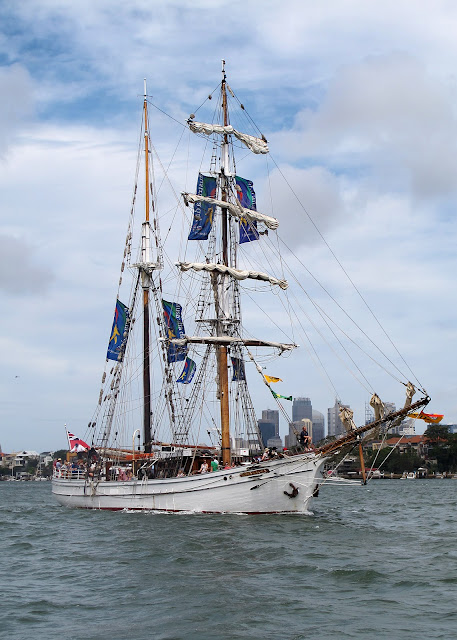