So this was the plan - early to bed last night then up before dawn to catch people on their way home and hear their stories. In previous years a small army of people would troop across the Anzac Bridge from the city well into the day, and all still in party mode. For some reason this year it didn’t happen. The few who were still about were either unconscious or too messy to approach.


These three students from the French cities of Grenoble and Toulouse are an exception. They want to know when the next bus to Parramatta leaves. Why Parramatta? It’s where they’re couch surfing for a few days before moving on to Melbourne. The bus arrives before I can ask them how their night has been but they’re in an up mood. 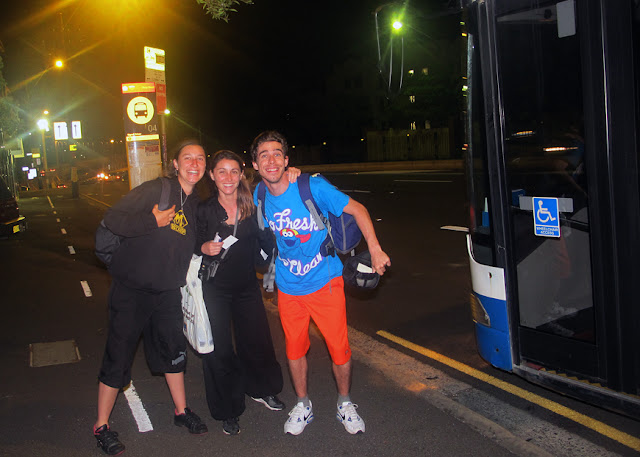 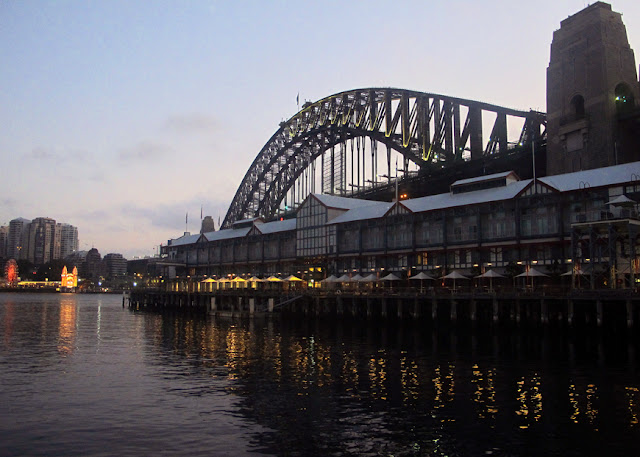 This fisherman has been here since 3.30. He says Kingfish are the most prized summer fish but he’s here for bait. 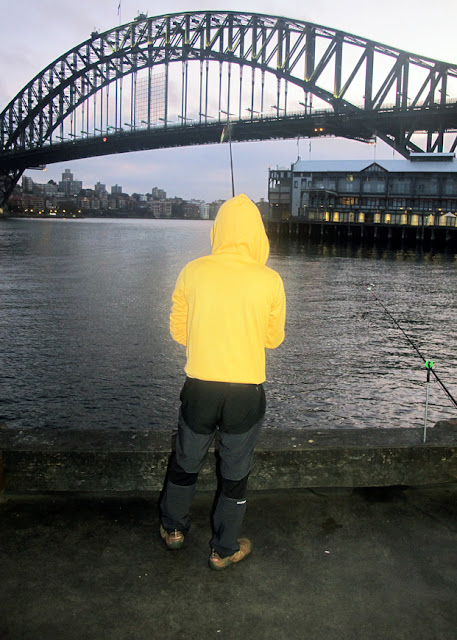 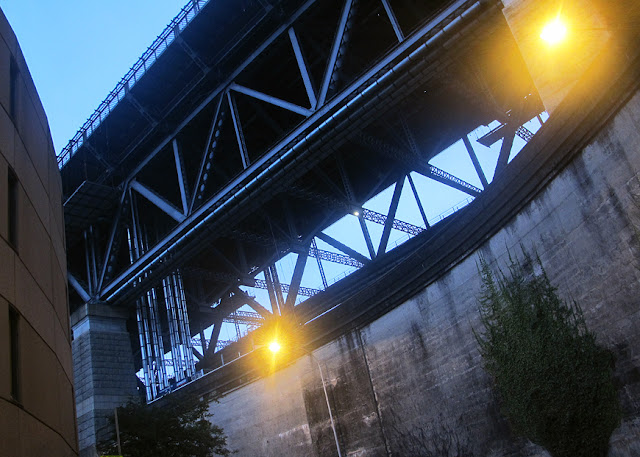 It’s unusual to see this place with so few people. The temperature has plummeted after last night’s sultriness and the fog lends the city a melancholic air. Workmen from an events company scoop up the barricades and garbage trucks are dealing with the final loads of the night’s debris. 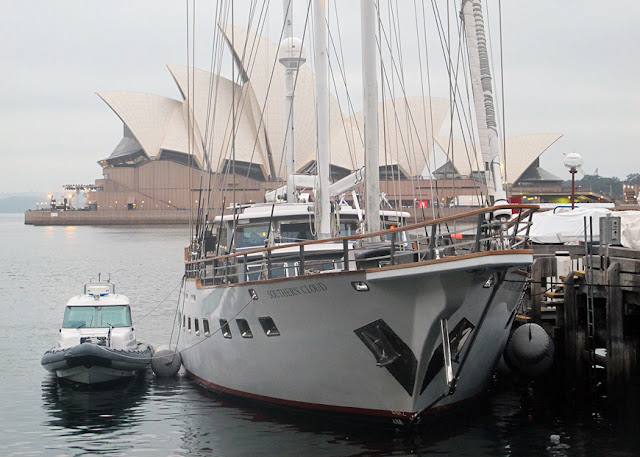 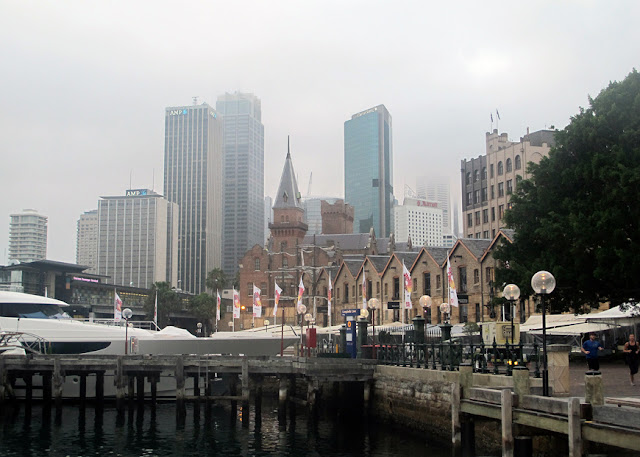 This couple from Japan are soaking it in down the end of the pier. 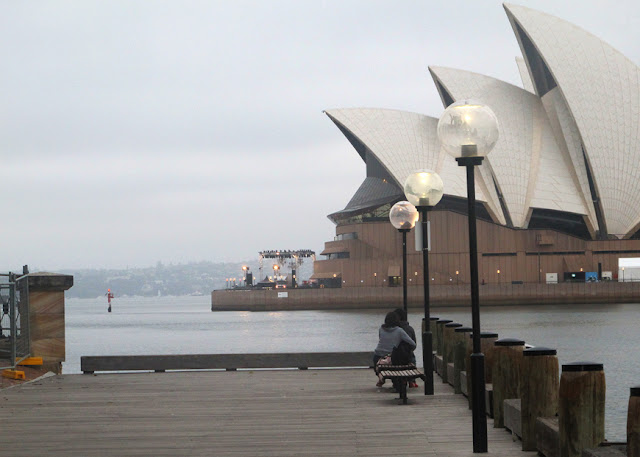 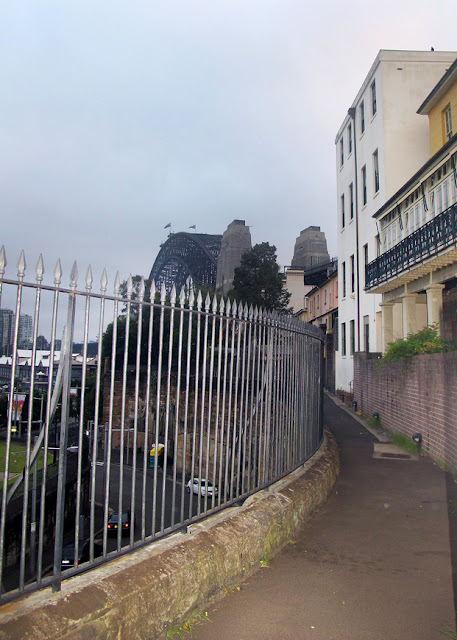 I head for the Cross where there’s still some action and a heavy police presence. Street workers are starting to finish up. They hug and wish each other Happy New Year. A smell of piss and stale alcohol hangs in the air. I duck in for breakfast at a small café run by an elderly man with a limp. A huge cockroach scuttles across the floor but I order toast and coffee regardless.

While I’m waiting, an emaciated young woman shuffles in. She wears a scrap of tartan skirt that leaves a couple of inches of her arse bare – she’s not wearing underpants. She helps herself to a drink in the cooler and starts to leave. The owner tries to connect, obviously knows her, appears concerned but she is oblivious. The big hair, the tats, the glazed eyes echo another tragedy.

As I leave, I hear a young man say to his mates: “This place is so seedy, let’s just go home.”  Yes – let’s. The Cross can be fun but right now it’s just sad.

Down from Macleay Street near the McElhone Stairs to Woolloomooloo Bay is a garden with a fine view of the city and Garden Island Naval Base. 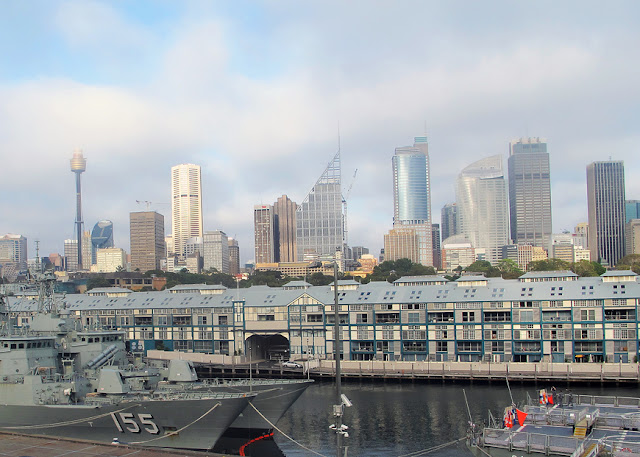 The garden is filled with native flora…… 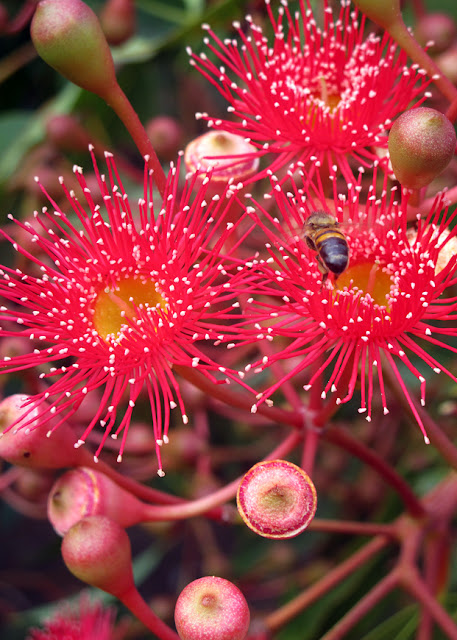 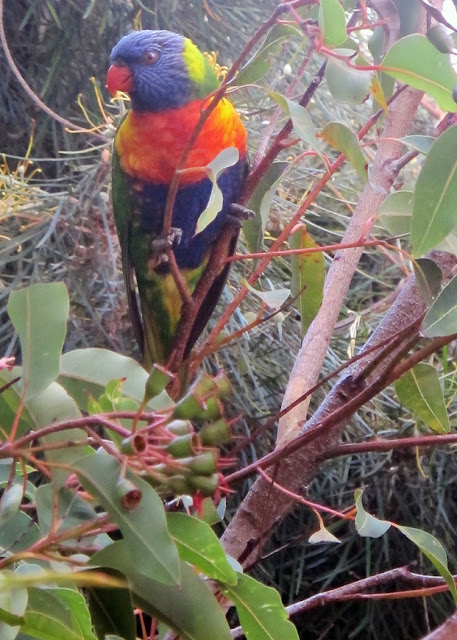 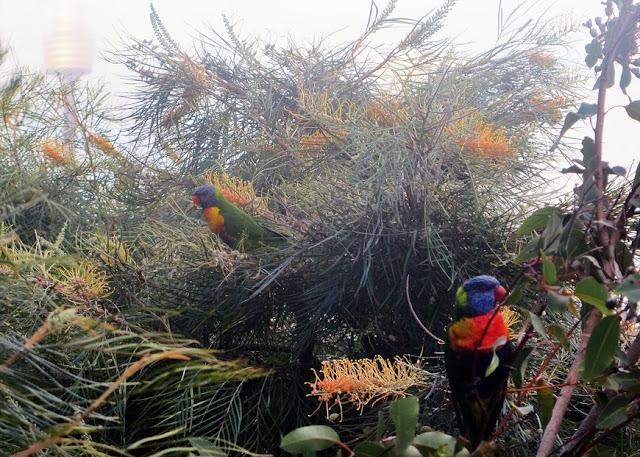 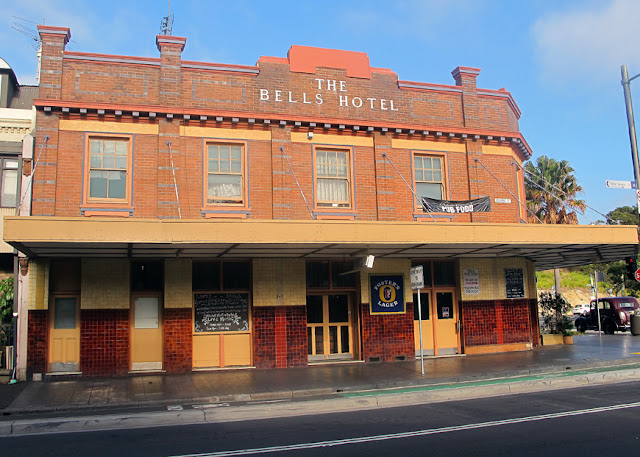 These girls collect rubbish from boats in the harbour, charging $5 a bag. Business is booming. 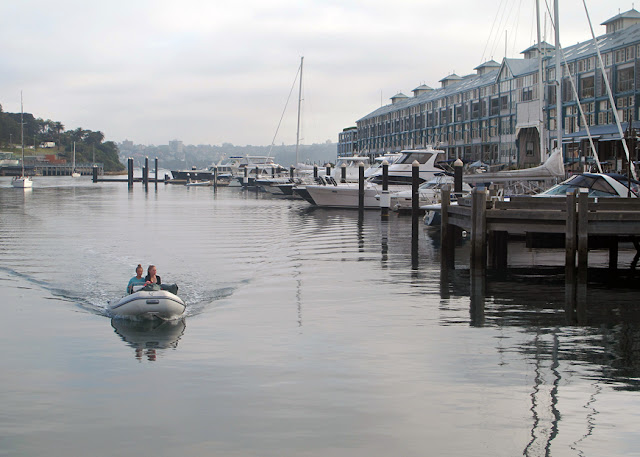 Although quiet by the harbour, Woolloomooloo is crowded with homeless people sleeping in its back streets. I guess those who’d normally stay in the city moved here last night to get a bit more peace. 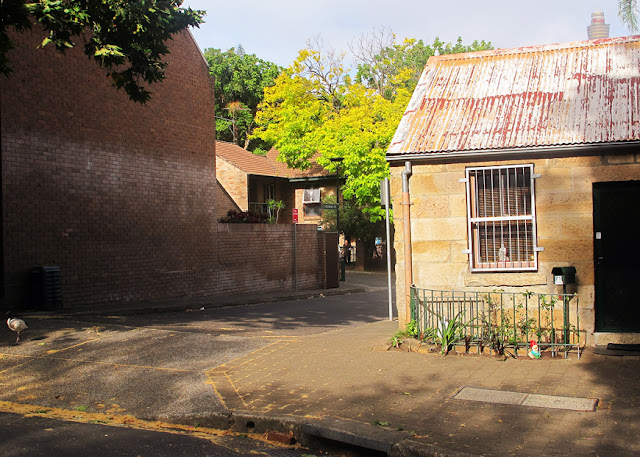 I do a final cursory trip to the Botanical Gardens. 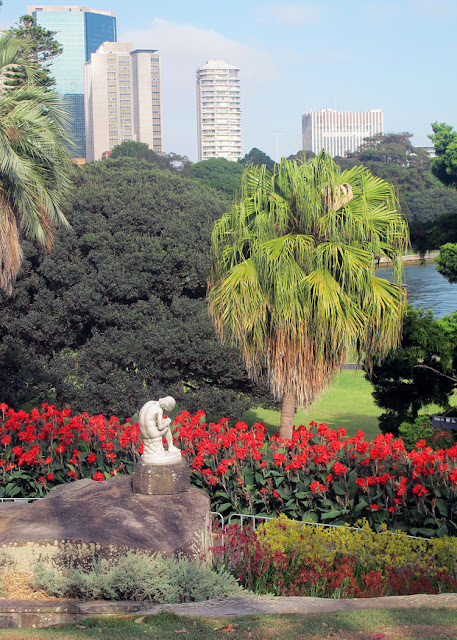 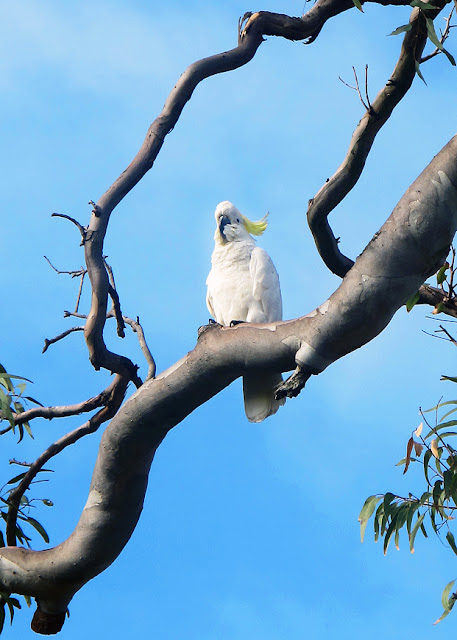 These Sulphur Crested Cockatoos are perched on an old Forest Red Gum. It’s a direct descendant of one that grew here on the sandstone foreshores of Sydney Harbour when the Botanical Gardens opened in 1816. 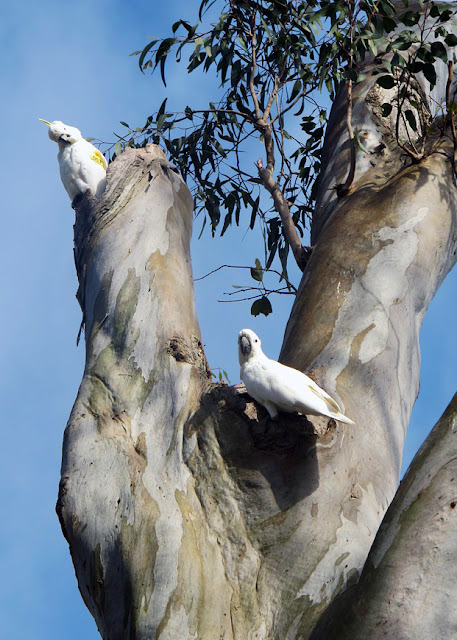 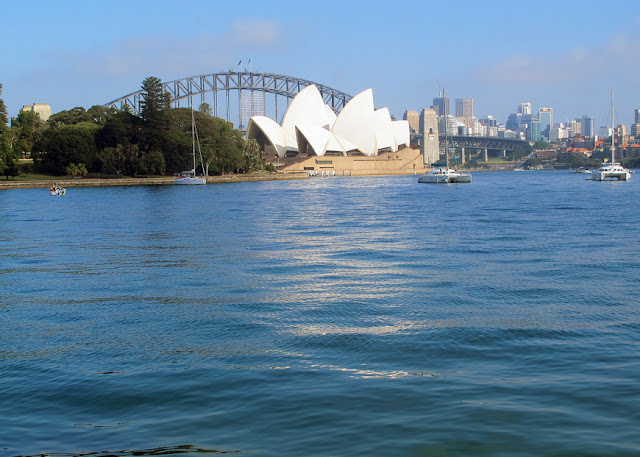 On my way home, I’m struck by the difference between those who had a choice to stay out last night, 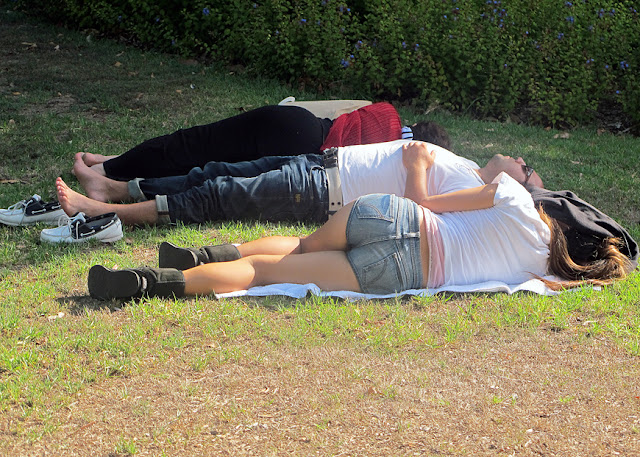 and those who presumably did not. 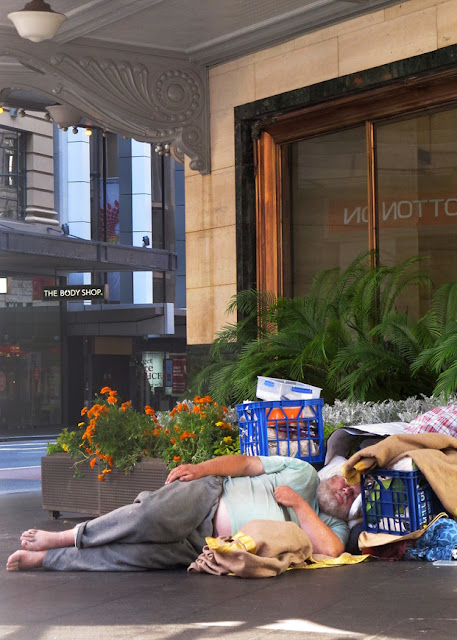