Russian alphorn player Arkady Shilkloper from the Moscow Art Trio is a guest of the Sydney Festival. He will play at various scenic locations this month to greet the dawn.

I met Arkady at the duck arrival where he was also performing. He told me how he started playing this notoriously challenging instrument. It was quite by accident.  Trained as a French horn player, a friend suggested he try the alphorn some ten years ago, saying he thought he’d be a natural. Arkady was sceptical. He felt it was a boring instrument and not terribly flexible. That was until he saw a French alphorn quartet playing funked up improvised music on alphorns tuned to different pitches. After that, he started to take the alphorn seriously. Six months later, he said he was comfortable enough with the instrument to be able to compose and play jazz influenced improvisations. He’s one of a growing band of musicians giving the folksy traditional alphorn a new funky edge.


Here is Arkady with a fellow Russian musician and Matthew Doyle, dancer, man of culture and didgeridoo player. The alphorn and didgeridoo are not dissimilar in that for both, the notes are controlled by the breath rather than keys. 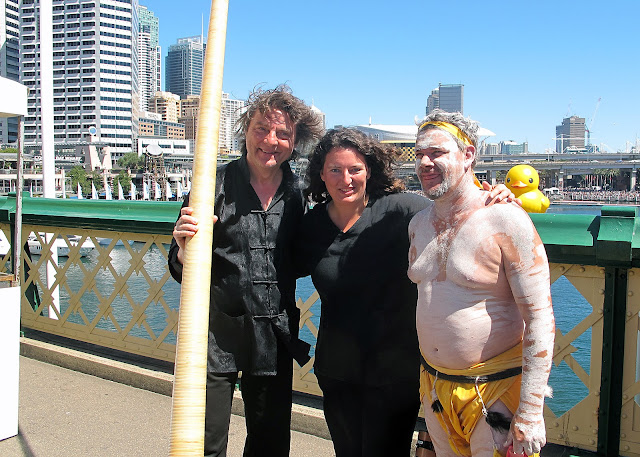 I’m keen to see one of Arkady’s performances and today it’s at Ballast Point in Birchgrove. I walk past the harbour foreshore and a ferry bound for Circular Quay to reach the location. 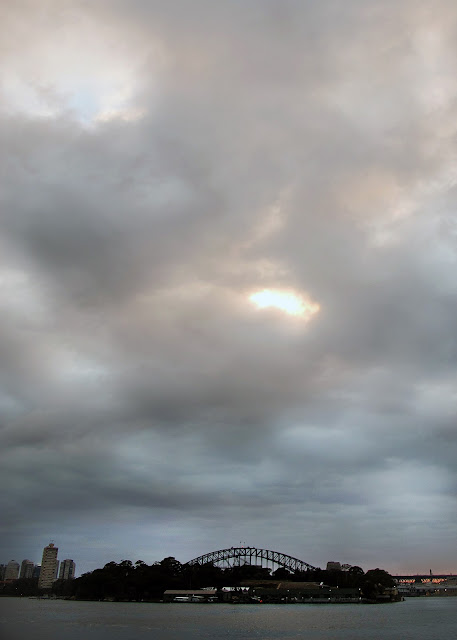 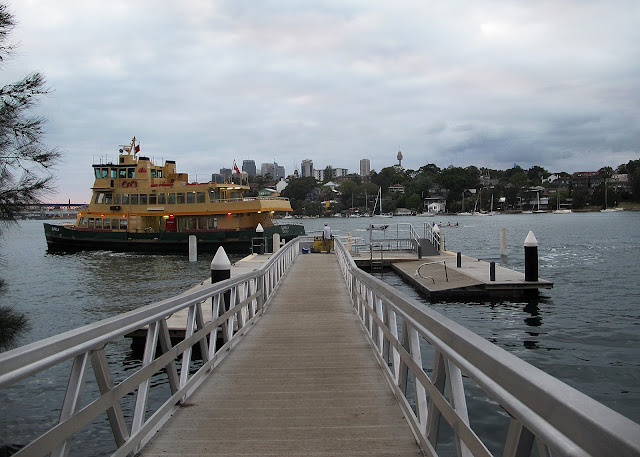 Not entirely sure where they are, I follow snatches of lilting music on the wind and arrive at the upper reaches of the park. The performance started a few minutes ago and people seem entranced. I’d expected a louder, harsher sound but Arkady’s alphorn produces a warm, mellow tone. He performs a mix of traditional and improvised music and his playing is fluid and masterful. It’s such a rich yet soft sound and a uniquely beautiful way to come alive to the day. 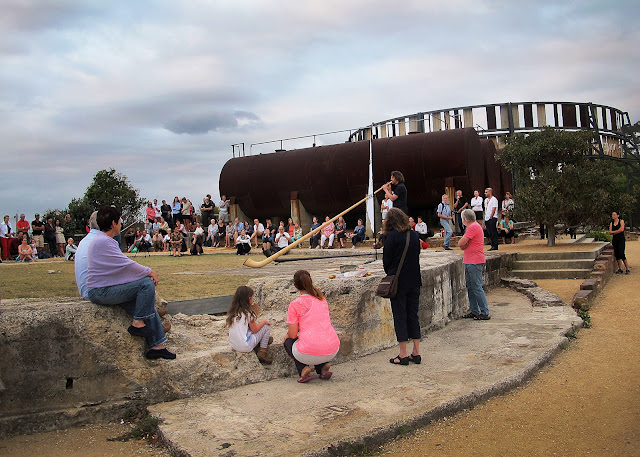 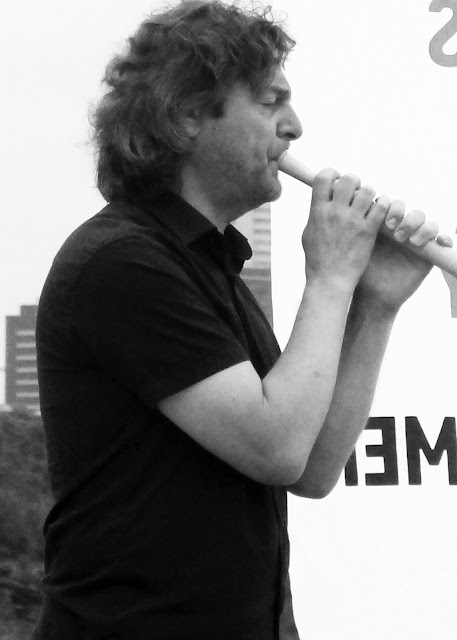 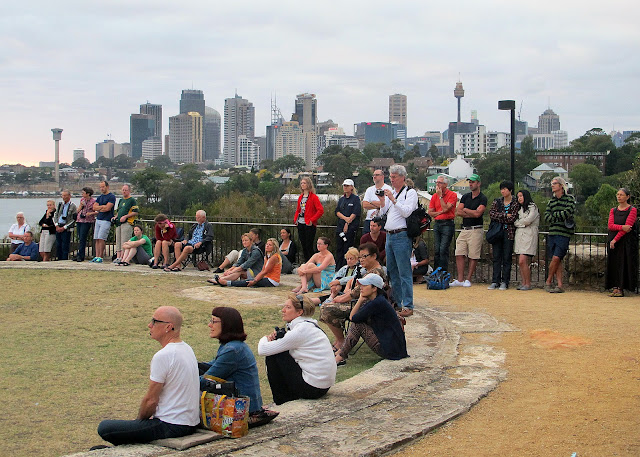 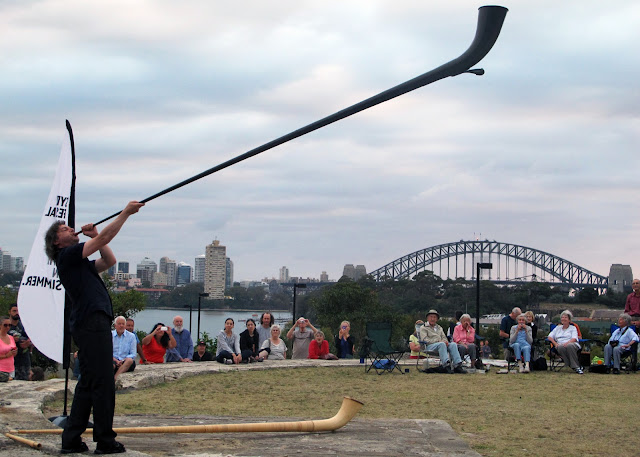 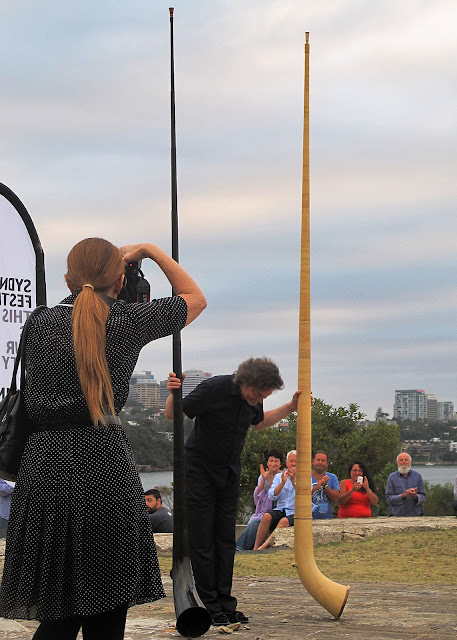 After the performance, I meet some people well set up with deck chairs and a picnic. They tell me they're members of the Hunters Hill Probus Club, a club with a story of its own. The Probus movement was first established in England by Rotary. Probus is derived from ‘pro’ in professional and ‘bus’ in business, representing its members who are retired professional and business people. The clubs were formed to meet a desire for companionship and mental stimulation. Hunters Hill was the first Probus Club to be established in Australia back in 1979. I’m delighted by these people’s warmth, vitality and curiosity. 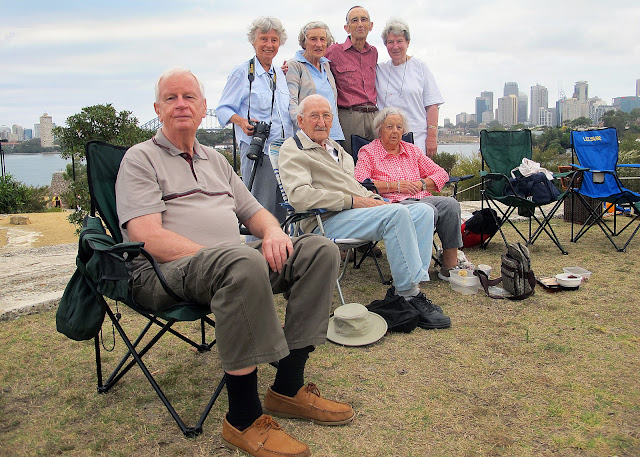 As I walk back, I notice the growing line of business people boarding the ferry. The world of work seems like an age away to me but I’ll be joining the great commute soon enough. 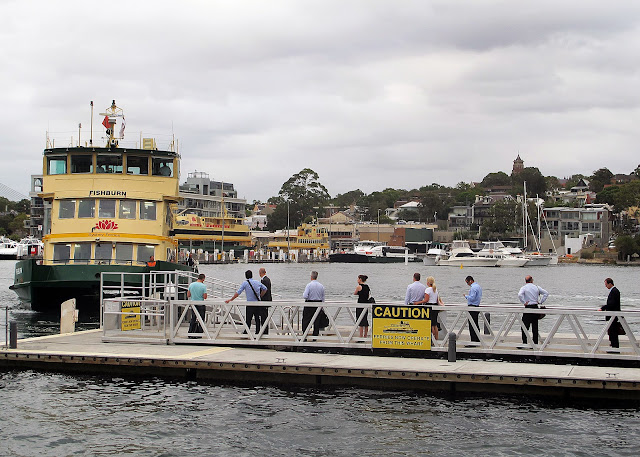 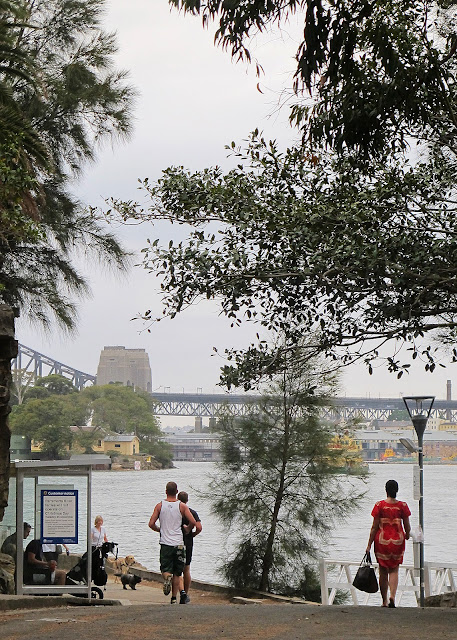