We followed tradition by heading for a firework vantage point along the harbour. There’s always a 9am session for kids and being pikers we thought we’d catch it, then go home.


There was hope in the sky and barbeque smells. 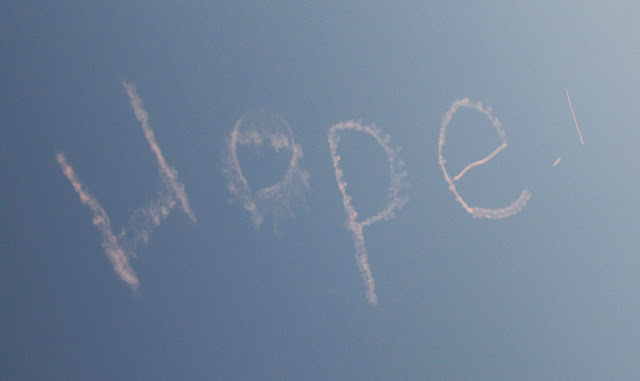 As with all harbour suburbs, roads are closed around noon and people hike it in with eskys, deckchairs and other paraphernalia. We joined a big line of them and on the way, met Lyndsey and Jill, originally from Ireland who were out to pick up a pizza then later head down to Mort Bay. 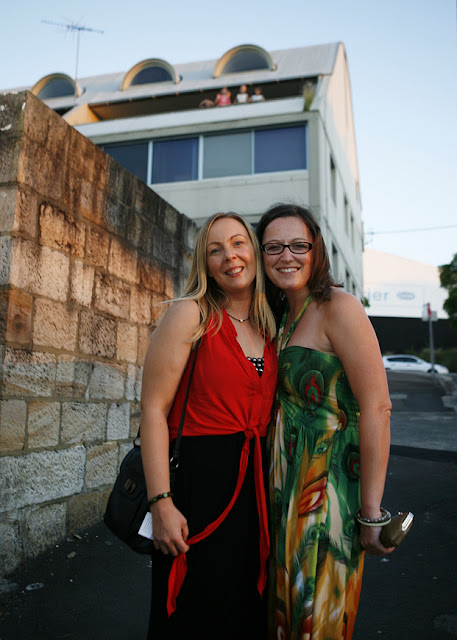 And who’s that hiding behind them? 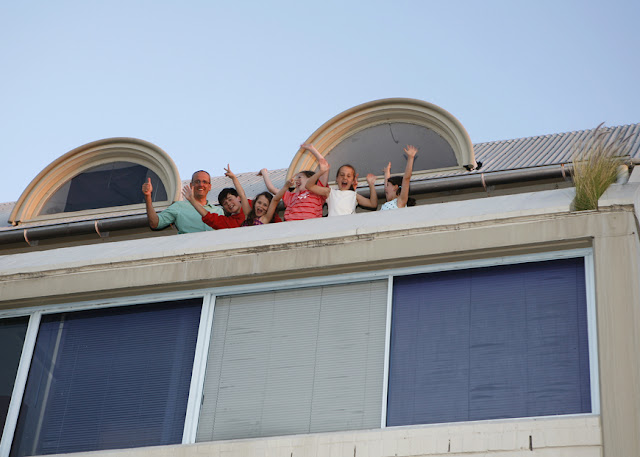 Stew looks ravishing in his frock. He and his son James had just left a fancy dress party and were going home. 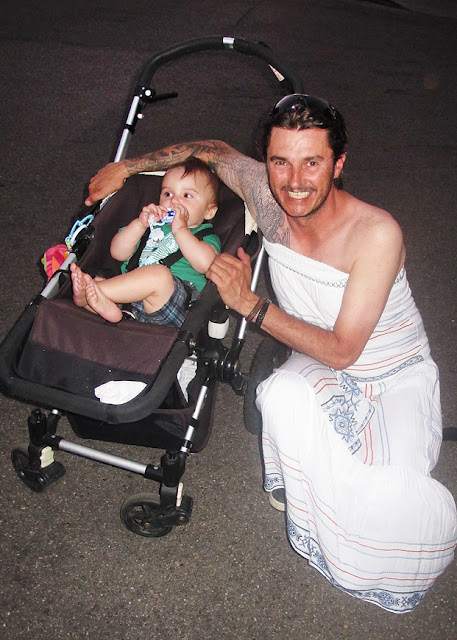 At Birchgrove Oval, friends go to a fair bit of trouble to make sure they have their creature comforts. 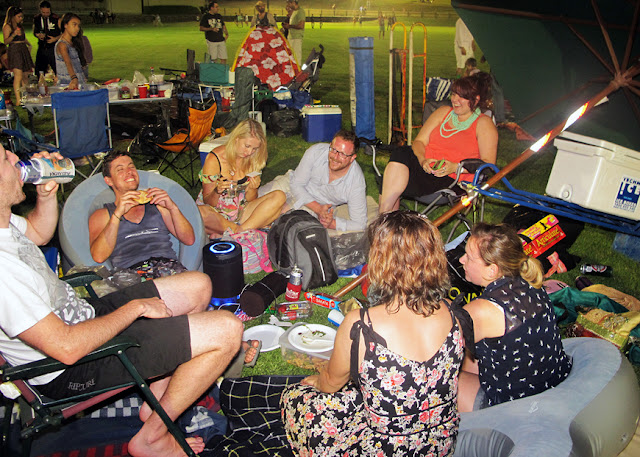 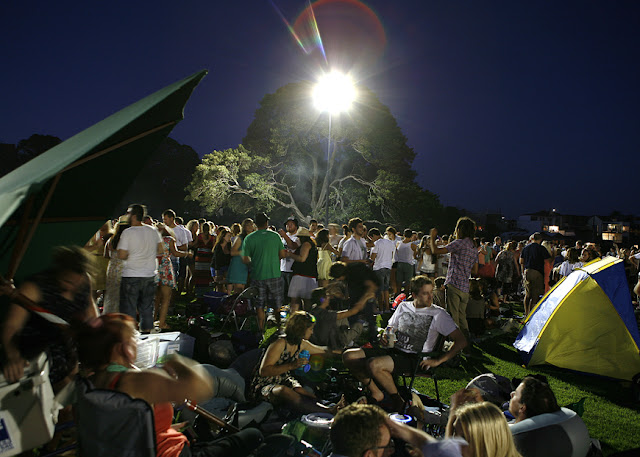 These lovely women weren’t going to leave their dogs out of the celebrations. 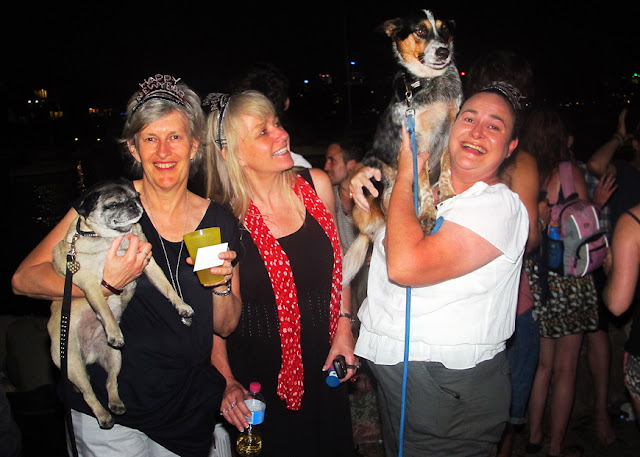 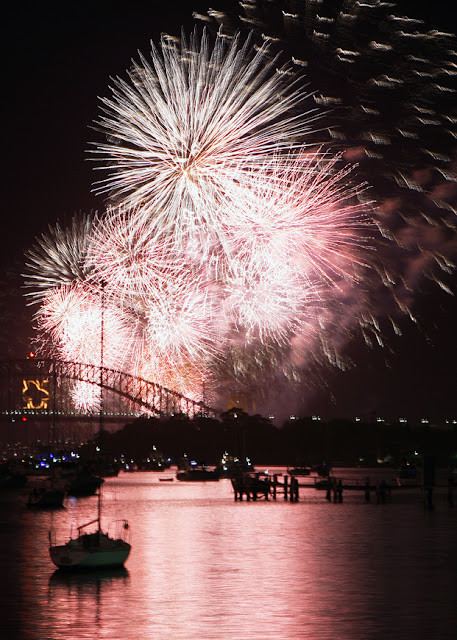 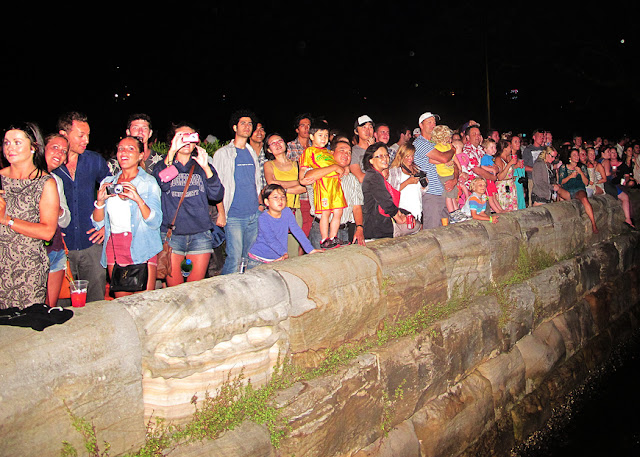 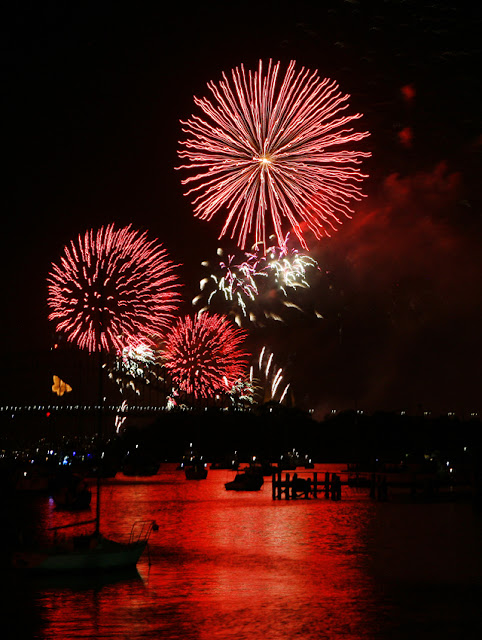 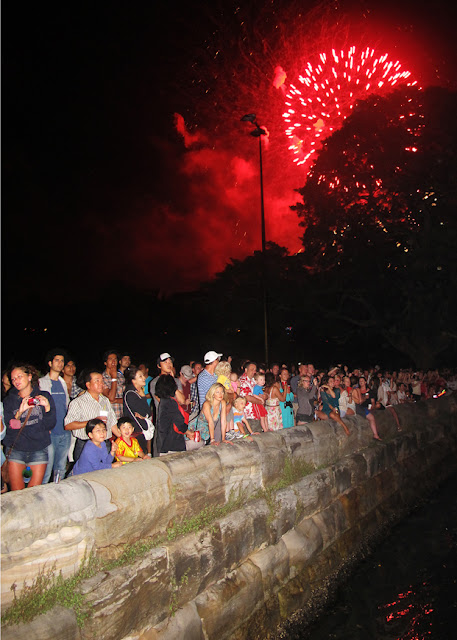 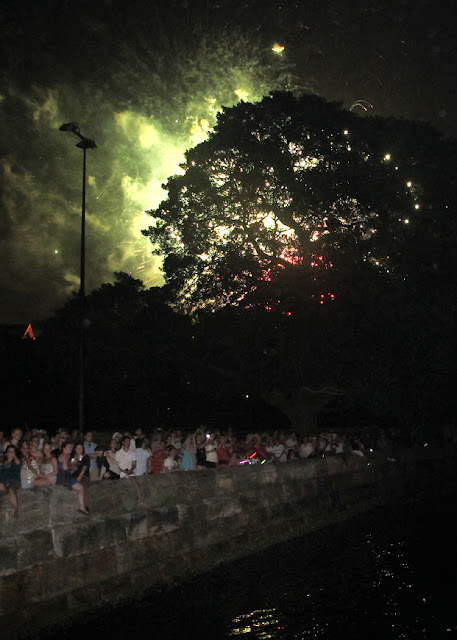 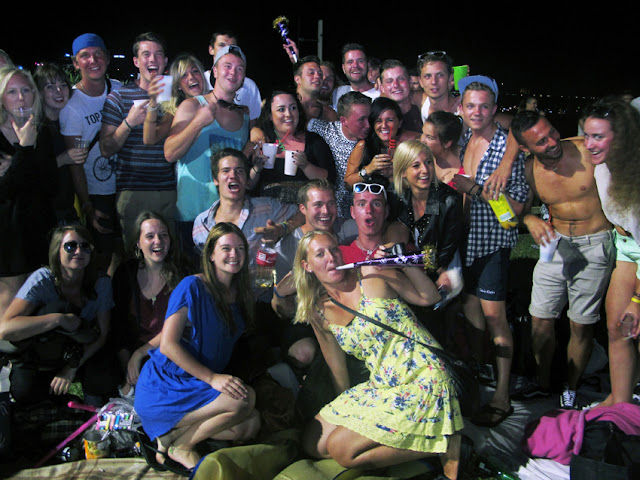 For most of the evening, families and friends will be passing back and forth this former working class suburb, with its cottages, some still decked out with Christmas lights. 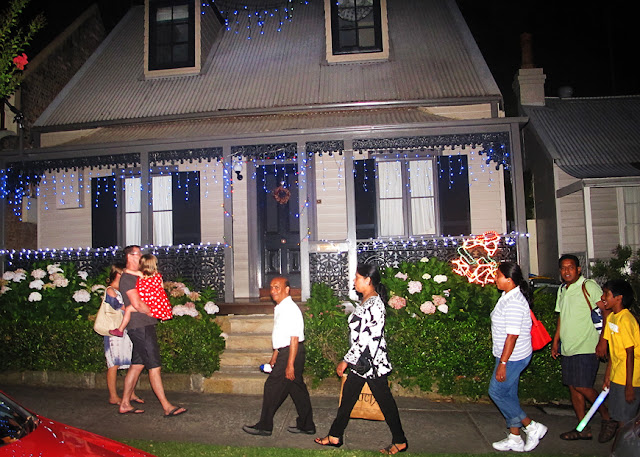 Elizabeth, Kim and Vanessa, originally from Brighton, England but now living in Sydney were spread out on the concrete pavement outside Balmain High. Their boat had failed to show and they were running late for a party. They tried to act pissed off but their good humour kept getting the better of them. Vanessa had just become engaged that day. 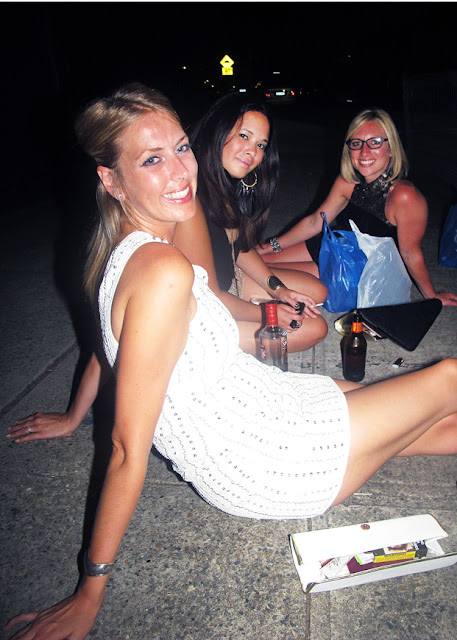