The first event on the Sydney Festival calendar was a big serve of high camp showmanship. Humphrey, slated as a sporting hero in the festival blurb, ran the equivalent of a marathon on a treadmill. Onlookers were entertained by Humphrey’s orange lycra shorts and a supporting cast of hundreds of dancers, sporty types and occasional visual effects.

Kyle is adding more sunscreen and he’ll need it. As one of the handmaidens to Humphrey, his role is to stand still for an hour or so, look good and not fry to a crisp. 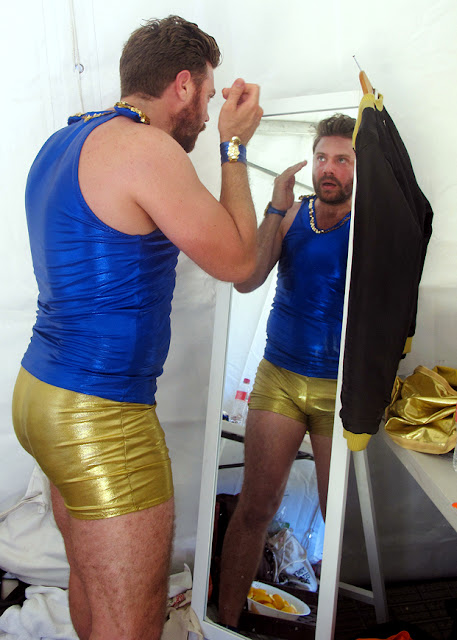 Jimmy is Kyle's other half. 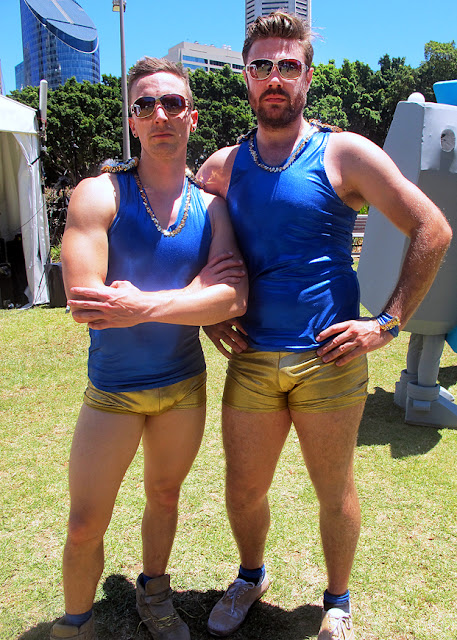 Humphrey had already been running for two hours and looks like he could be on that thing all day. 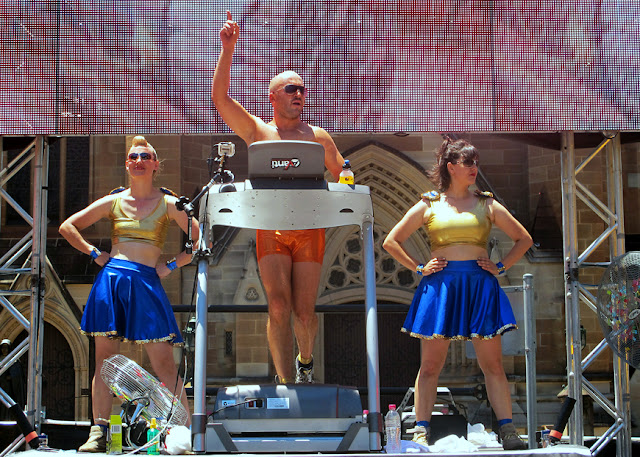 Wonder if Cardinal Pell is watching. 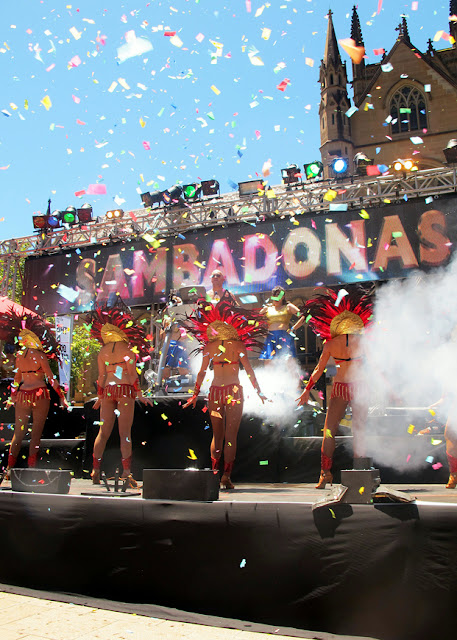 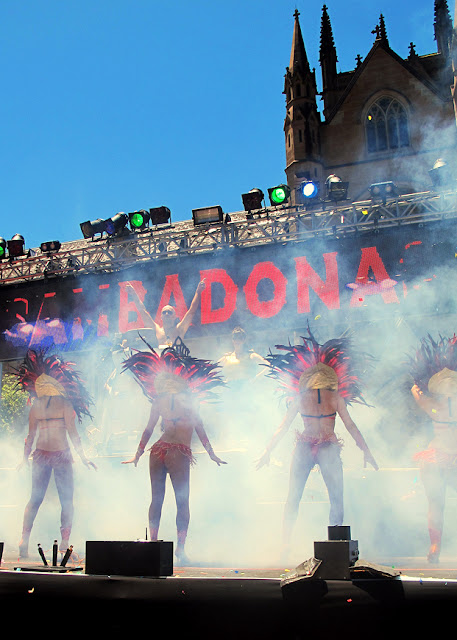 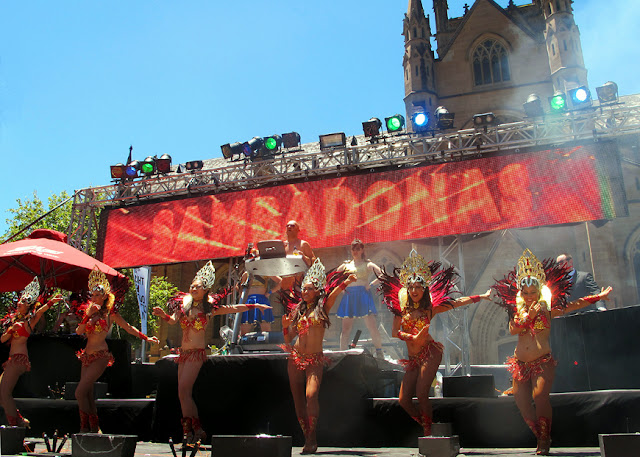 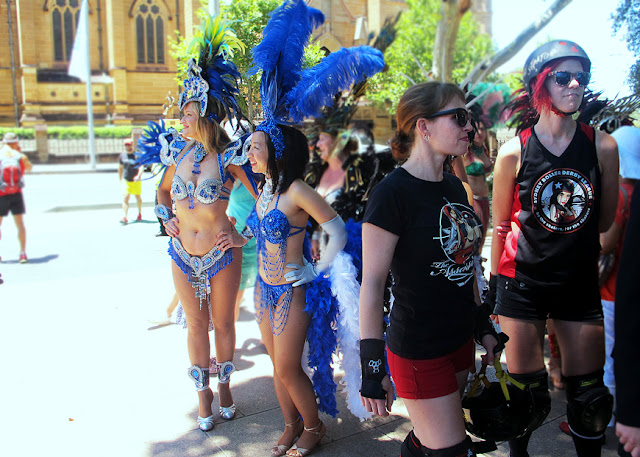 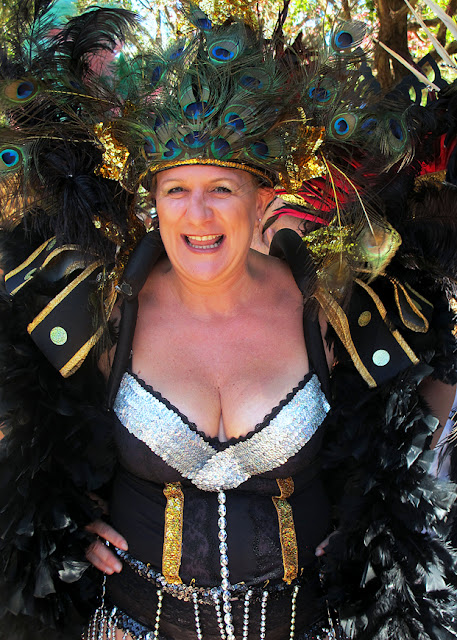 Note the young man behind the dancer. 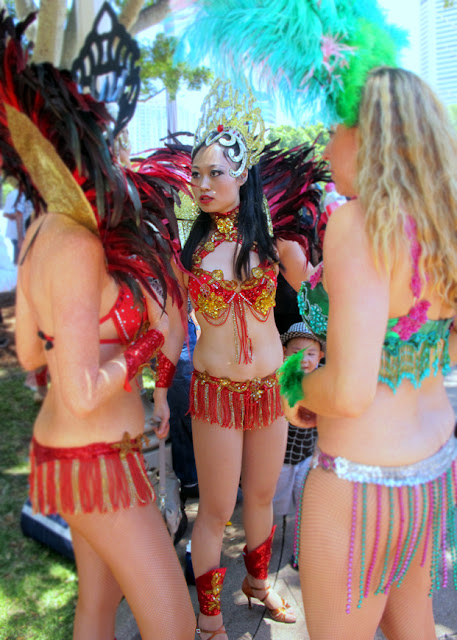 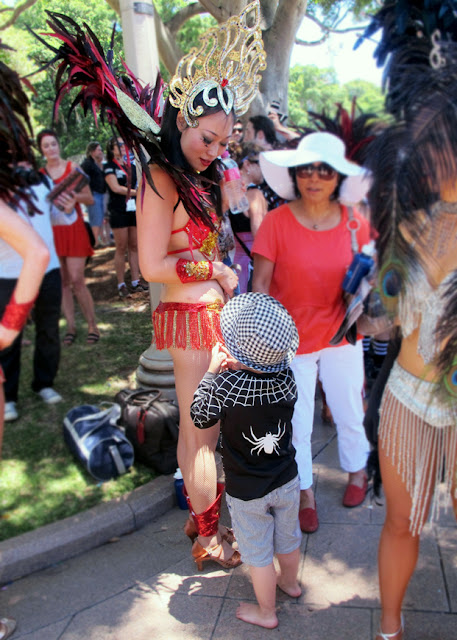 This is Aleks from Poland. I stopped to admire her tattoo of the silent film star goddess Louise Brooks. 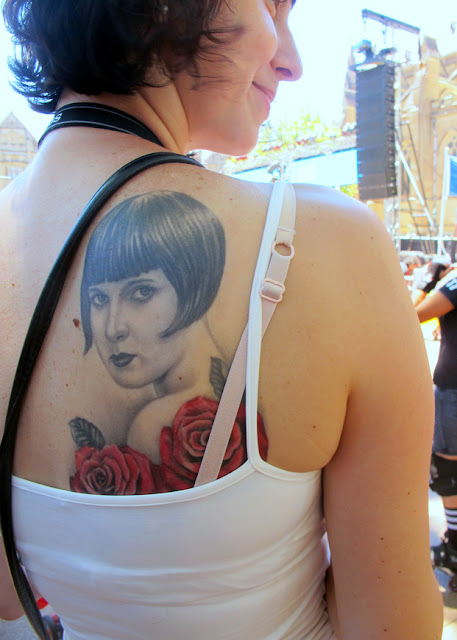